Who Killed Garrett Phillips? Is the third out of 3 HBO documentaries about really recent and important court cases involving a dead body. This follows I Love You, Now Die, and Behind Closed Doors.

Clearly the third and final one is removing any sort of clever title behind and getting straight to the point. Garret Phillips is dead, and we have no idea who killed him.

Garrett was a 12 year old boy, son of a single mother and a brother of another boy of similar age. He liked skateboarding. And when he got home alone, at some point someone else was in his house. There was a struggle, a strangle, and eventually when someone can open the door to find him, he is so close to death, he cannot talk and he cannot say who did it.

We know for sure it wasn’t something done on his own, mostly because of a window that was broken out of, where the most likely killer jumped out and ran away. Oh, this all happened right around 5pm in a very white town after school. 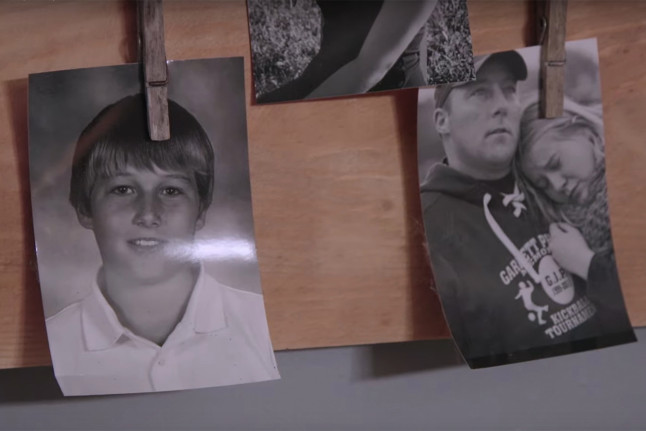 A story about a dead white kid and I didn’t hear about it sooner?
The main stream media must be slipping.

So who did it? Well, the people who might have been in position to see someone leave the window couldn’t see it, because they came inside due to police presence. It really comes down to one person, according to the local police force. It must be Oral “Nick” Hillary, the local African man! You know, the one who stands out and used to date the mom of Garrett, but they broke up.

And the rest of this documentary, overall a bit over 3 hours, examines the police findings on him and his trial and his defense. And I will be honest, this documentary is extremely compelling on why it wasn’t him and who it likely could have been. It is someone you would imagine really early into it as well, thanks to foreshadowing, before they go out and say it, and it seems like a huge injustice in the world.

This is very dense and full of important information on the trial, but not 8 hour miniseries on Netflix dense. This is a good amount of dense.

I am shocked to not hear about it earlier, and honestly, it made me feel outraged and a little bit scared. And as of right now THEY STILL DON”T KNOW WHO DID IT. Fuck. No wonder this true crime stuff is addicting. It is teasing you up the whole time and no release. Erm.