When I first heard about the film Seven Psychopaths, I was definitely excited. This movie is directed by Martin McDonagh, the guy who brought us In Bruges four years ago.

If you haven’t seen In Bruges, you definitely should. It is a dark comedy, and a pretty unique movie experience. But no pressure on McDonagh to recreate the magic of his last movie or anything. 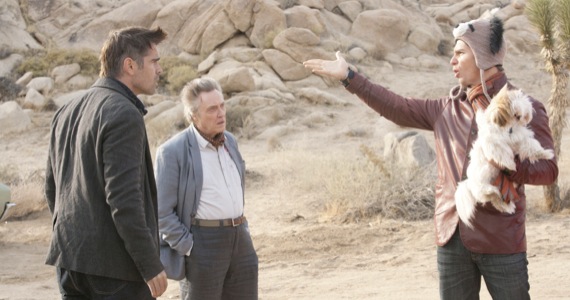 Marty (Colin Farrell) is a struggling screen writer and now alcoholic. He had some success, but he cant find the motivation for his next film, which is way past its deadline! Plus, his girlfriend is a bitch, maybe. His best friend, Billy (Sam Rockwell), an out of work actor really wants to help him on his new movie called Seven Psychopaths, so he puts an ad in the local paper calling all psychopaths to contact Marty and tell him their story. Ah jeez, thanks.

At the same time, Billy is working with an old friend of his, Hans (Christopher Walken) on a small time dog kidnapping business. Kidnap dogs from rich looking people, wait for them to post a reward, and boom, profit! Hans is working on money to pay for his wife’s cancer treatment (Linda Bright Clay). Unfortunately, they end up kidnapping the wrong man’s dog. Charlie (Woody Harrelson), a high ranking member of the local Italian mob loves his dog more than anything, and will kill anyone in his way to get him back!

Right. While all of that is going on, Marty is getting caught up in these shenanigans while also hearing stories from other psychopaths, such as Zachariah (Tom Waits), a Dexter sort of psychopath, and a pretty pissed off former member of the Vietcong(Long Nguyen). Not only does Marty have to survive the full wrath of the local mob, thanks to his friends attempts to help inspire the screenplay any way possible, but also stop drinking so gosh darn much! 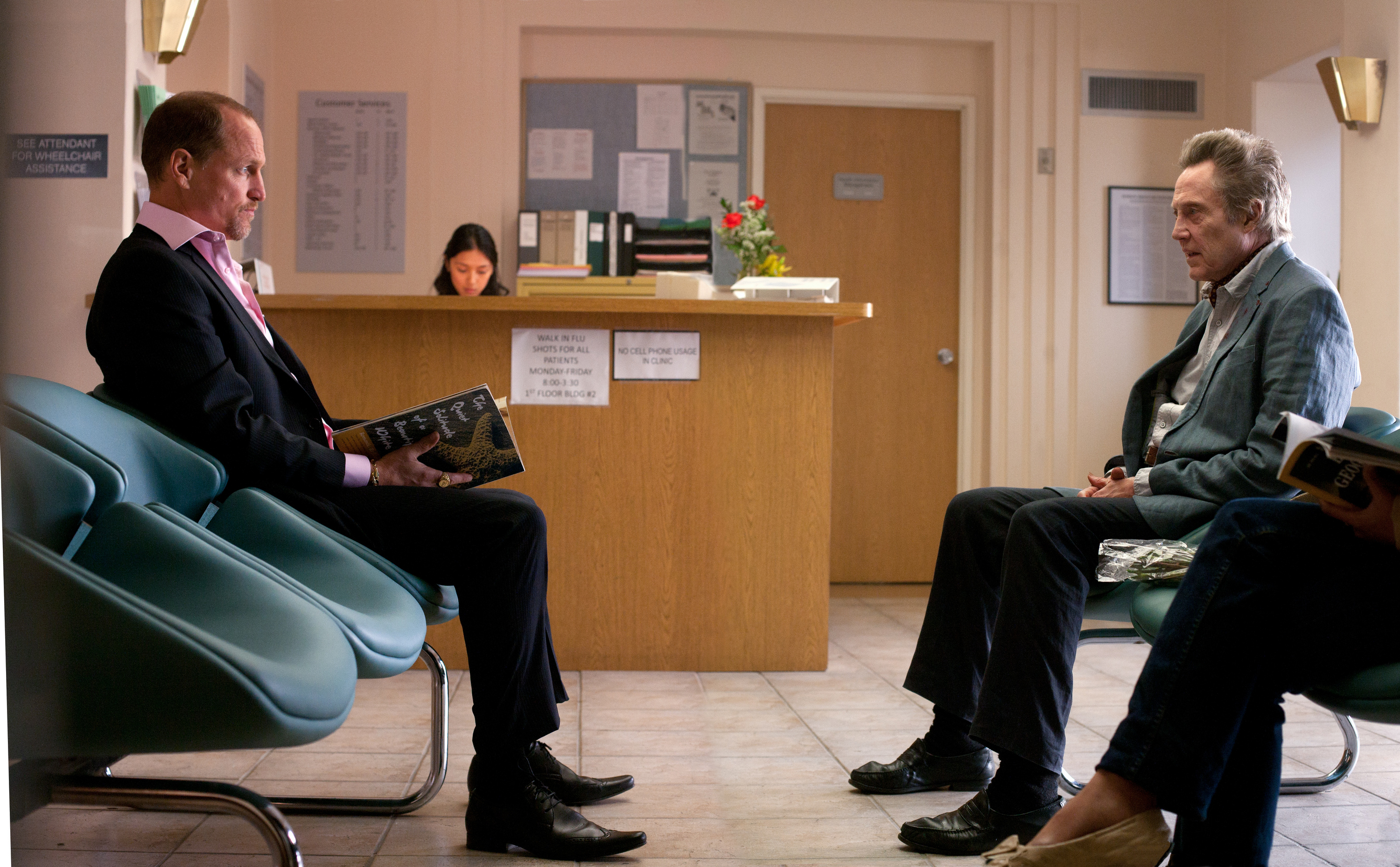 You know where alcohol gets you? In the hospital. That’s the real moral of this whole movie.

If I am going to compare here, I can say that Seven Psychopaths is a bit more crazier than In Bruges, and you’d expect that with a film that had psychopath in the title. Unfortunately for myself, I had the displeasure of sitting behind a woman who cackled at every small amusing thing, ruining a bit of the humor for myself, but I still found it pretty damn funny. This film had large amounts of normal comedy and “dark comedy”, easily willing to make both groups happy (and potentially uncomfortable if you just want comedy). Basically, if you hate death, stay away.

But the person who really made this movie I think was Sam Rockwell, out of all the actors. His character just felt leagues above the rest of the cast, not that they were bad, just no where as near as awesome and crazy as his. He forces you to watch him every time he is on screen.

I think the only thing I didn’t really enjoy was the “movie in a movie” aspect of it. The movie, Seven Psychopaths, is about a guy trying to write a movie called Psychopaths, and very strange movie like circumstances occurring to his life as a result. Don’t get me wrong, the things that occurred were pretty fantastic, I just almost wanted a 100% real movie instead for a higher shenanigan potential. Definitely a great movie to watch with the friends however, with a fun time guaranteed.