Rawr Dracula! Vampires! So hot right now, of course we need to revisit the main man behind the bat, the one, the only, Vlad.

Dracula Untold (I promise I won’t get into how much I hate “this is the real story” nonsense for fictional stories that keep happening, I swear) wants to talk about how one man came to be the Dracula that people fear today. A real vampire. Not a sparkly boring person. Not a bunch of kids in private school. Just a guy who has standard vampire powers and standard vampire weaknesses.

But before we get into that, in case you didn’t know, this is becoming a franchise. Not just vampires. But all the classic Universal monsters. It was originally starting with a 2016 remake of The Mummy, then Wolfman, then eventually a Frankenstein thing, but they tacked this one on too. They are going to bring all the monsters into a movie and have them fight other monsters I guess. And it might fail terribly. And yes, it is a lot like Avengers. But I mean, it might be cool, as long as these movies are good, right? 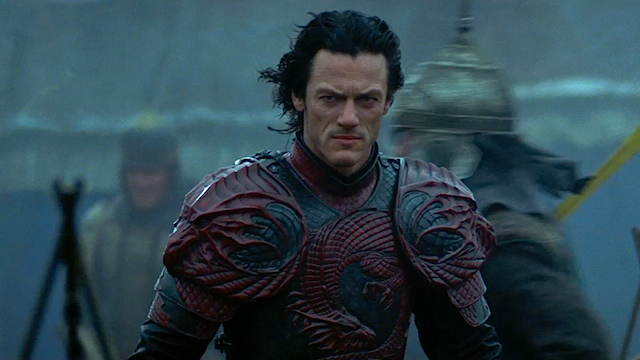 Well, some bad ass armor could help, but why doesn’t it glow and shimmer?

This movie isn’t set in the modern day. I already told you it is about Vlad The Impaler (Luke Evans), the real inspiration for Dracula. Not that Vlad in real life was a vampire, it looks like Bram just took his name and hierarchy and ran with it.

Either way, Mr. The Impaler got his name for being a bad ass. He was recruited at a young age in the army and killed killed killed. Now he is a Prince of his own area, Transylvania, and wants to live life in peace. There is also a local vampire in a cave nearby, but ignore him. Either way, some Turks come knocking on his door, asking for the normal payment. But because some of their scouts were found dead, they assumed the Transylvanians came out and killed them. Now they payment is some cash and 1,000 boys to fill their armies. What! No!

So he goes to Mehmed the Conqueror (Dominic Cooper), the Turk leader to appeal to his better nature. Well, he ain’t having it, even when he offers up himself instead of the boys. Now they want 1001 boys, with the additional one being his son, Ingeras the Young (Art Parkinson).

Well, shit. What’s an Impaler going to do. Sell his soul to the devil for temporary vampire powers to defeat an entire army? Yeah. Thank goodness he knows where Master Vampire the Vampire (Charles Dance) is to get his powers on. As long as he doesn’t drink blood in 3 days, they will be temporary. If not, well, full on vampire.

He also should keep it secret. Very Catholic lands here. They don’t like Vampires. Maybe his lady, Mirena the Woman (Sarah Gadon) will find some parts of it interesting though. 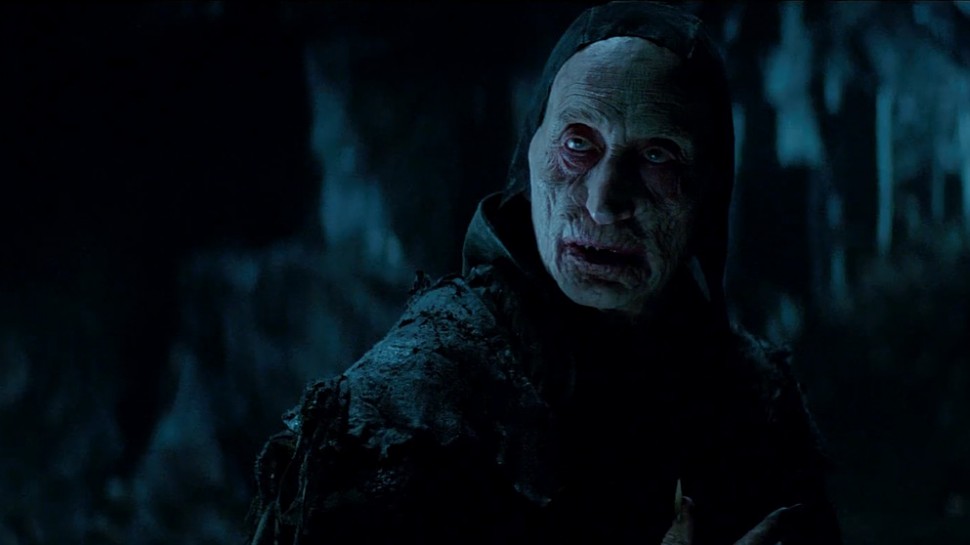 Shit, they also got Patsey from Holy Grail in here?

This might be one of those movies that would be better not seeing the trailer? That is my guess. If I didn’t see literally every cool thing a dozen times from trailers, I would have enjoyed the movie more. But Dracula didn’t do anything cooler than those few scenes. Namely the bat attack related scenes.

Other than that, it is mostly a poorly acted period movie. We got accents, we got swords, horses, chivalry and more. And just a lot of bad overly dramatic acting.

And if that is what you want in your “NO THIS IS THE TRUE STORY” films, then you might actually love it.

Unfortunately, no matter what happened with this movie, we were getting the next two anyways. Universal is going to make this Monster Avengers thing happen, damn it. Maybe the final outcome will be cool. Maybe the next movies will be good. But this is not the Iron Man of the Monsters universe, unfortunately.