Brendan Gleeson is one of those actors who took a really long time to get noticed. He had nice dramatic roles and a sweet Irish accent, but lets face it. His looks probably held him back. But now that he has a distinguished old guy look, his talents are more noticed and he is getting leading roles.

A few years ago, he got The Guard, and now he gets the movie Calvary. Both black comedies / dramas in a way too. I guess it is okay to have a genre niche. 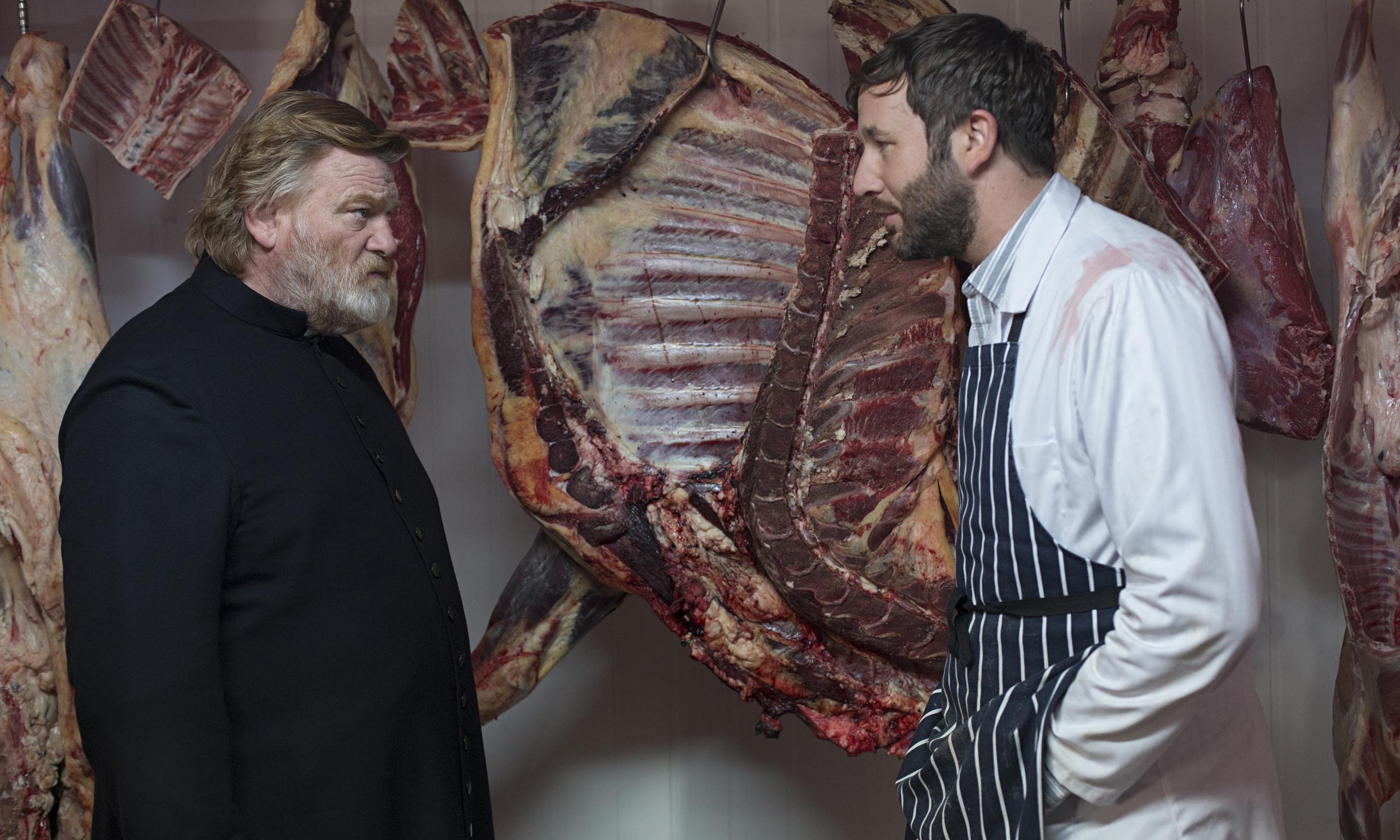 I am surprised the “Movies With Scenes In A Meat Locker” genre hasn’t taken off more fully, either.

Let’s pretend you are Father James Lavelle (Brendan Gleeson). You are an old man, running a small Irish Catholic church in a tiny community. There are only a few other priests in the area, like Father Leary (David Wilmot). That means a lot of soul saving falls on one man.

During mass on a Sunday, in confessional time, a person says that they were abused by a Catholic priest when they were younger and goes into great detail. The priest has since died, but the man is still angry. He wants to get back at the Catholic Church, and to do that, he wants to kill a good priest to send a strong message. He wants to kill Father James Lavelle. In exactly one week he will come back to kill him, in order to get his affairs in order. Then he leaves.

Huh. That is terrifying. There are only a few people in the area, so it can only be a few people. But who?

Here is a vague list of actor names of characters, instead of talking about all of them individually. I even threw in a woman, too. (Chris O’ Dowd, Aidan Gillen, Dylan Moran, Isaach De Bankole, M. Emmet Walsh, Domhnall Gleeson, Marie-Josee Croze).

Oh yeah. Let’s not forget that he also has a daughter, Fiona Lavelle (Kelly Reilly), as part of his marriage before he became a priest.

As the story gets closer and closer to Sunday, more and more sinful activities seem to take place in his town, as if the whole world is going to Hell, and there is nothing the Father can do about it. 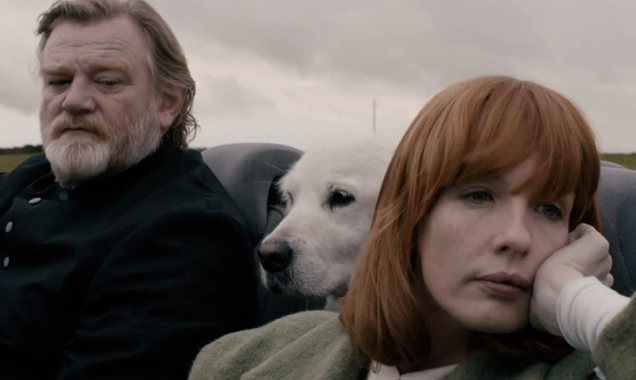 In true Irish fashion, his daughter of course is a ginger.

Despite the similar genres, The Guard and Calvary aren’t very similar. This film is much heavier on the drama and symbolism, while The Guard has more comedy, lewd behavior, and shooting of guns.

Gleeson puts on a heck of a show though, and even though I recognize his face in plenty of sinful characters from the past, I feel like it fits the best in a Catholic suit garb. Whatever those robes are called. He fit the character really well, including the few times in the movie where he broke down and did non Priesty things.

The supporting cast was especially up there for me, especially Dowd and Moran. Moran in general was just impressive with his character, and Dowd was impressive being in a more dramatic role which is rare for him. I have only seen Gillen in Game of Thrones, but his character is also pretty great. It is also nice to see Reilly in a controversial role after her last terrible role in Heaven Is For Real.

Overall, this is a really great and powerful movie. It might be pretty easy to get lost in some of the symbolism, or really figuring out where it is all going. I know I didn’t understand the whole thing without some additional research (and some of that research feels bullshit). Definitely a movie you might have to watch more than once to get the full impact of it.