Lies have got to be very sturdy. Lies can make a foundation for buildings and relationships, so lies have a lot of use. The more you lie, the more weight it can hold, I guess.

After all, you can have a throne of lies. So they must be able to support your weight and be at least a little bit comfortable.

I just don’t know if I’d trust a bridge of lies. Bridges usually have to hold dozens of cars at once, including the things that cars hold. Those bitches need to be super sturdy.

I’d want more than lies. I’d want some cement too. And I dunno, a couple engineering and psychology students to supervise the mixing of cement and lies. And if that isn’t enough, the actual physical embodiment of lies, to make it mostly a Bridge of Spies. Then it becomes something I’d stand on to hang out and shit. 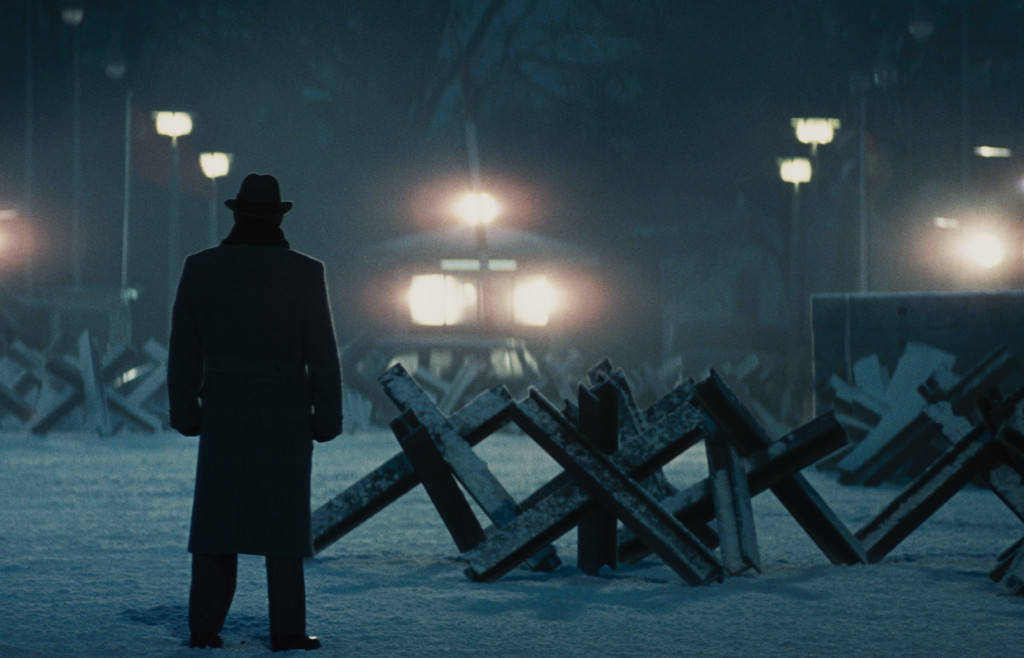 I wasn’t even considering weather. Snow can add a lot of weight to it all.

In the 1950’s, everyone was afraid there would be a Nuclear Holocaust across the globe thanks to the cold war. Hell, people (including me) still are hugely afraid of this occurring. But back then it was new and caused kids to cry and shit. The information age was rampant, so there were spies everywhere. We sent guys over there, they sent Keri Russell over to us.

They also allegedly sent to us Rudolf Abel (Mark Rylance). He did some USSR spy stuff. He was also found by the US Government, so everyone in America collectively wanted him dead for being a traitor. But to prove we are better than them, we have to put him on trial with a real lawyer. They settle on James B. Donovan (Tom Hanks), an insurance lawyer who did some criminal stuff in the past. Thankfully, Donovan is a good man and he does the fuck out of his job to defend his client, even if all of America hates him for doing his patriotic duty.

Since this is a true story, allow me to go further. As Donovan is the only man that Abel is willing to trust after awhile, Donovan starts getting used as a pawn by the USA government. He is brought in to try and trade Abel for a captured US Soldier, Francis Powers (Austin Stowell). He has to go to East Germany right as the wall is being built, while the East Germans have captured a US college student, Frederic Pryor (Will Rogers). That is two FPs. I smell a conspiracy. And Donovan wants to get both of them back, and not leave one to torture or worse.

Man, what’s a scumbag insurance lawyer going to do? How bout be a hero! FOR AMERICA! And one Russian spy.

Amy Ryan plays his wife, Alan Alda his boss, and Sebastian Koch / Mikhail Gorevoy are his main negotiating partners. I was going to mention the main US Agent in East Germany too, but I can’t find him on the list at all. Generic white dude. 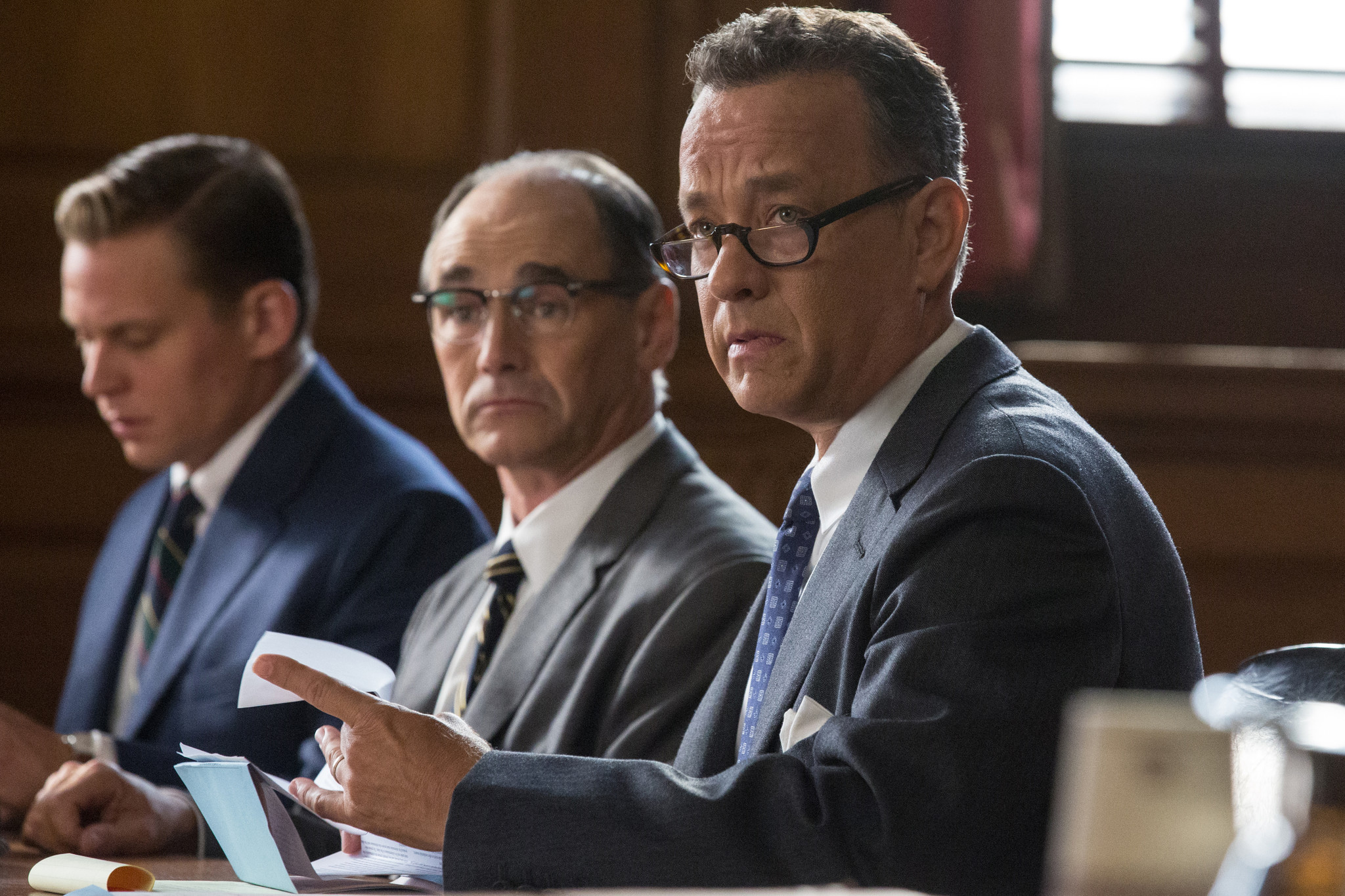 That perma-frown face, if turned upside down, somehow stays a frown.

Steven Spielberg is the main reason I wanted to see this film. He hadn’t directed a film in about three years, and damn it, I wanted more. Lincoln could only hold me off for two of those years. He is a magical little man that can make phenomenal movies.

With Bridge of Spies, he tried a little bit hard and didn’t come across as honest as some of his past films. Maybe done intentionally, given the subject matter. The filter to make the film look like it was “set in the past” generally bugs me, and this time was no different. Despite the color scheme, the film was beautifully shot. I especially enjoyed the rain scene.

The acting from the big names was acceptable, but Rylance stole the show. Quite a few realistic jokes and an unflinching sense of awareness that nothing he could do could change his situation. Nothing ethical, a least from his point of view. Hanks was pretty good too, but the last third of the film just featured him playing sick with coughing during negotiations. The character itself was annoying at that point, somehow making it seem like he both didn’t care about the exchange and cared more than anyone else.

My overall complaint with the film is that it just felt far too long. The true story subject is quite a long one, but it seemingly skimmed over areas I thought would be more prevalent (court scenes), and spent far too much time on other plot points(the US Pilot training to be a spy, in particular). Thankfully they didn’t also spend a lot of time trying to humanize the college student. The one scene before he gets arrested felt like it was too much already.

A decent movie, but one that only excels in smaller doses and doesn’t feel as grandiose as the subject matter deserves.