I always love it when I can watch a documentary that actually teaches me about something I knew nothing about. Not just one that reaffirms, or improves, or challenges my believes. So I am often looking for random documentaries that give me a topic to teach me something.

Which is why I wanted to see WeWork: or The Making and Breaking of a $47 Billion Unicorn, also known colloquially, as WW:oTMaBoa47BU. Fuck that’s an acronym.

What is WeWork? A really profitable company that died? Recently? What the fuck? Do I only not know this because I am not hip and cool and know nothing about the financial concerns of the 2010’s? Yes. Yes likely.

So what is WeWork? I guess that is the main question. 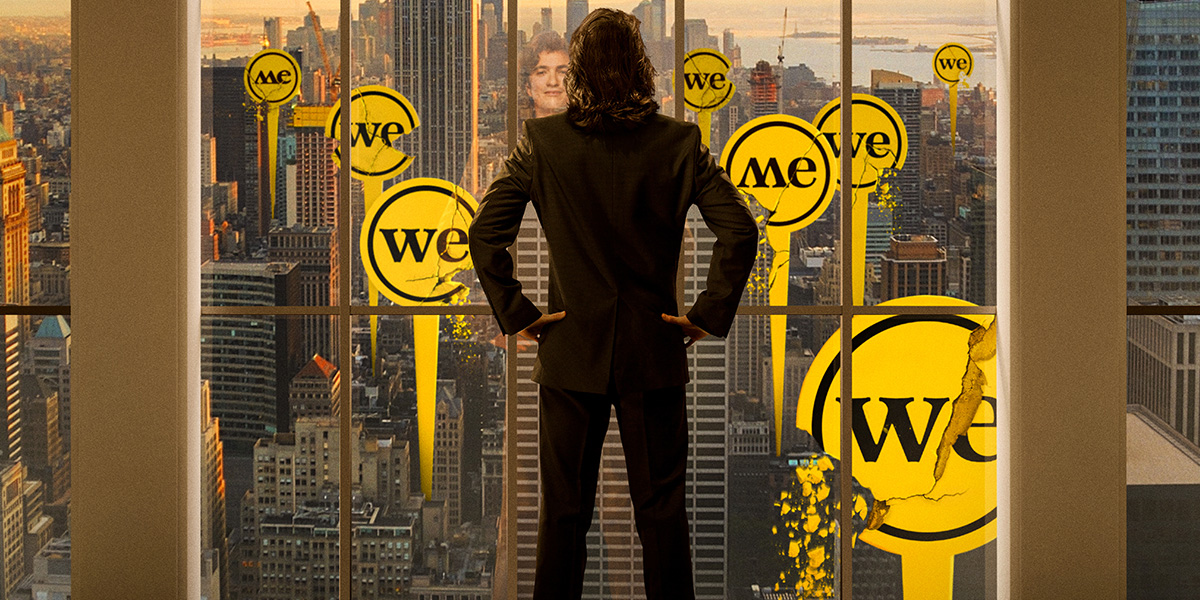 Oh, they are a strange billboard company.

Adam Neumann, an entrepreneur, was the creator of WeWork. His initial, basic concept, was to get an office building in NYC, redo it, make it modern, and then fill it up. Not with large companies. With small, young companies. Companies that currently have 1-2 employees. Filling a floor with all these young, talented, determined mines, to all get rich, and get them cheap office space that is well furnished and awesome, was meant to build not his own empire, but to help others. It also had a sweet summer camp of fun and drinking too, everything pre-paid for. Party hard, work hard.

This expanded to more buildings/floors and more clients, and bigger summer festivals. Hell, they even had a WeLive thing, where they had a residency building, like a hotel, and just filled it with these same young tenants, fully furnished, full of like minded individuals, everything they could want in the building.

They kept referring to themselves as a tech company, not a real estate company, which helped get investors and expanded their worth. And then? and then I don’t know. Maybe you can watch the documentary and tell, it definitely gets lost on me.

I really can’t describe what WeWork eventually became or what was promised, it is hard for me to tell. I don’t know if it is the documentaries fault, or if that is the point of the documentary, that WeWork is sketchy and hard to understand. Probably a little bit of Column A and B there.

The documentary was okay, but it never fully grasped me and I do think it had a problem tell the complete story. I also thought the makers behind it were being a bit misogynistic. There is a not disputed plot line in here that seems to blame their unraveling on Adam’s wife, and his inability to not ignore her ideas. Because he was cool at the beginning, but then became lame. But it sounds like overall, he was lame the whole time. I really don’t remember anything taking away those claims about his wife, and that is fucked up.

Fine, I won’t invest in this company, that still exists. I guess the documentary worked?