I got a feeling, inside my bones. It goes electric when I turn it…on? (Wait, it should be electric before being turned on. To be turn onable one would assume you have electric capabilities already, but what do I know).

Sorry, I am not here to criticize Mr. Timberlake, that was a different review. I am here to talk about different feelings a person might have, or at least, different sensations. 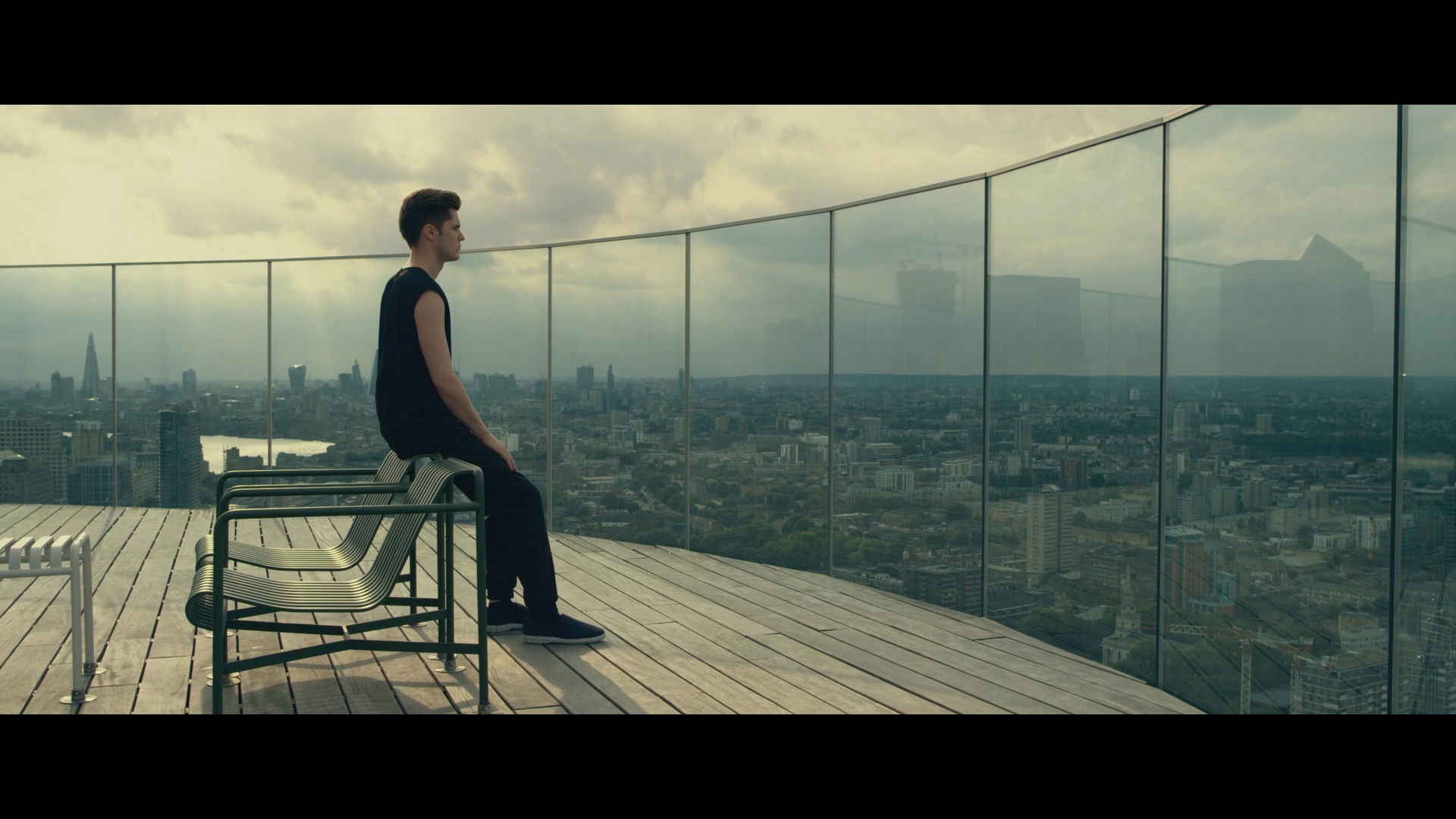 Ah yes, time to get on roofs, look out on the city, and think about feelings.

Andrew Cooper (Eugene Simon), no relationship to Anderson Cooper (probably), does have some questions about his genetics. He submitted his DNA to a testing facility, to find out about his medical history and real history, all of that, and apparently things have gone awry since then.

Long story short, he is special. More special than the other special people. He might even have some super powers. He might be able to see that his reality isn’t a reality, and be able to distort things because shit isn’t real anyways. Can he get powers from emotions? We shall see!

But what even is reality? Maybe everything is a lie and this shit is fake.

Is this bus real? If it is a real bus, where did the roof go? Hmm?!

If that plot description sounded vague, that is because 98% of this film went in my brain and out the other. It never once made me care about the people in it, or what they were saying. I remember only a few scenes, just days later, and the ending, but it is not like it is an ending I want to remember.

Fuck. I went in a little excited based on the plot line of this one. No one made me know of this films existence, I found out about it on my own from a VOD release site. I didn’t go in wanting it to be bad. But it was just so full of drivel and rehashed other plots that it had no chance of keeping my interest.

You all probably won’t see it, because you probably didn’t know it even existed, so this warning won’t mean much. But definitely do not waste your time.