Would you go to prison for other people? Would I? Ehhh, I really doubt it. I don’t think I could last in prison. I’d freak out like that fresh fish in Shawshank probably.

I have seen people take the blame for others actions before, doing quite the noble thing. One kid in my high school got busted for weed, that belonged to him and his roommate. He said it all belonged to him, not the roommate, and so he got kicked out of school, while his roommate got to graduate. Crazy noble.

Taking The Fall is about a guy who was just so nice he did something just like that and what happened next.

Being stuck in prison so young. Better hit the button labeled Turbo, kid.

Tyler (Munro Chambers) is getting out of prison after six long years! Hooray! He has a felony charge, because of a whole lot of weed. This was in college, where they got to party all day. It wasn’t really his weed, and it wasn’t even his idea, but he took the fall (The movie name!) so his friends could graduate and make something of themselves.

So his best friend Justin (Roland Beck III) picks him up and takes him to a nice rented house for a small get together. It was supposed to just be him, and one more, but they invited a few others to have a bit bigger of a party.

One of his older friends Peter (Chris Sturgeon) with his new fiancé (Kristin Zimber), his ex (Katie Gill) and her boyfriend (Jonathan Dylan King), and another friend (Avalon Penrose) who is a mom now!

Now Tyler can uncomfortably, reconnect with everyone he was close with at the same time, and listen to complain about their lives, how they feel stuck, how little they have done since he went away, and all of the bad decisions they made and continue to make. But come on. Tyler went to prison. Get over it. 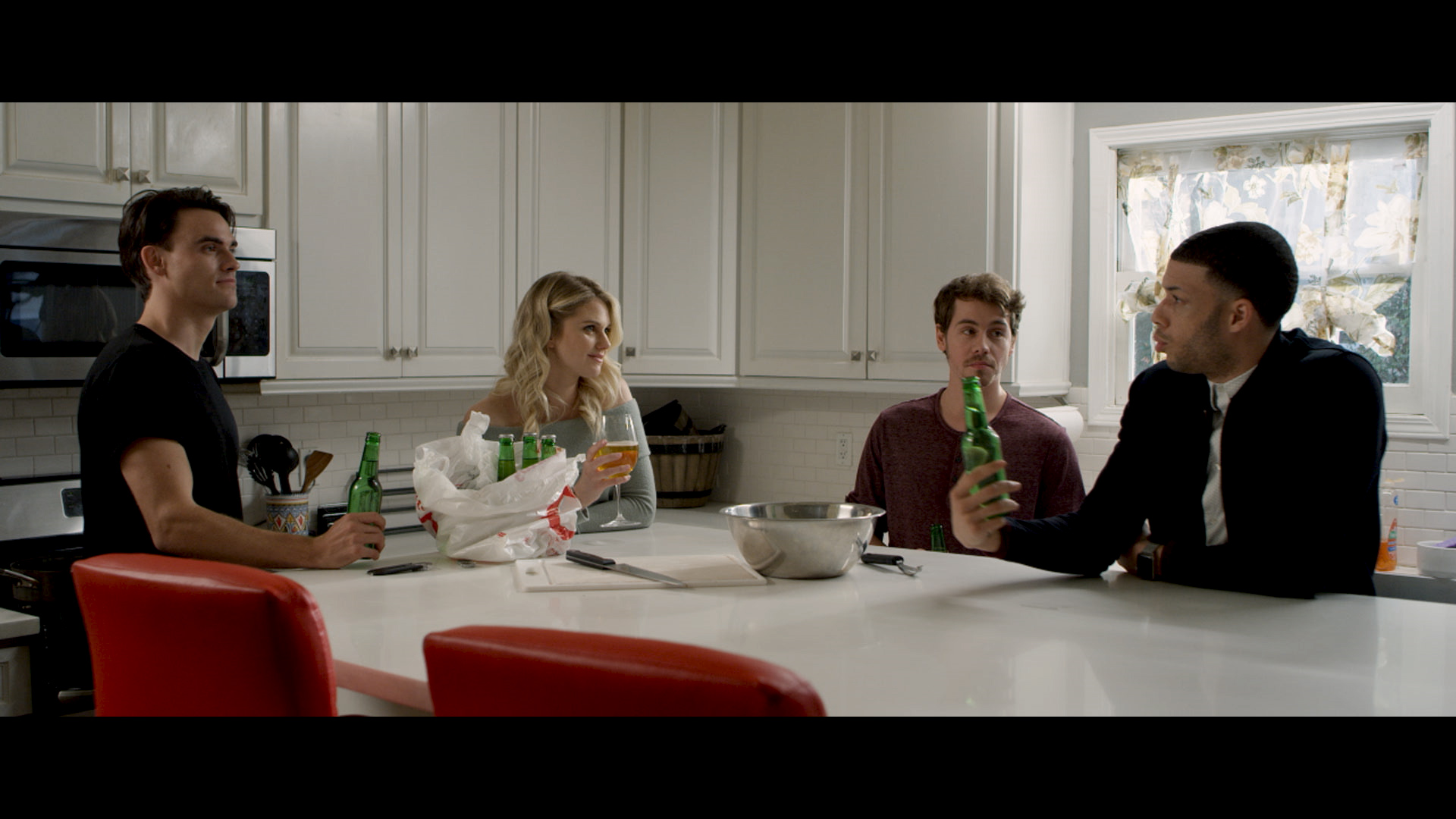 The main reason I wanted to see this movie is to figure out the rest of the description. Guy comes back from prison but and is ready to be happy, but… “only to discover that they’ve nearly all veered off course under the pressure of millennial culture.” What’s this? Millennial culture? What does that mean? Are they going to eat Avocados with Toast? Is this something about crippling student loans?

I was ready to be angry at the presumed anger at the main character. And honestly, his backlash went at them a little over half way through the movie, and it was so totally not work it. Yes. He was in prison. And he is mad because his friends don’t have jobs that they like. That they are burdened with child. That they feel trapped in relationships and don’t want to make their lives better.

It isn’t even a good rant. It is disappointing.

And I am surprised there is so much movie left after that. It is a low budget flick, it is designed to be full of long takes and conversations, but they really needed a lot more to drive the point home. Which is I guess….follow your dream and take risks? What is some debt if you already have student loan debt. Or something like that.

But again, it was extremely tame in topics. I don’t know. They really needed something more to add to the pressure the main character felt. Maybe a couple more characters with some other issues to pile it on. But he got mad at like, three old friends and one new person he doesn’t like. Overall not worth the time or story.