Total Recall, for people who like movies based off books that also already had another movie based off of said book.

Do you love the old Total Recall? Yes? Then why the heck are you going to watch this film? You know it wont be anything like it, and will just make you mad because you compare the two. I say ignore it. See how this one goes. Then don’t get too pissed off when you realize this one has no trip to Marsin it. 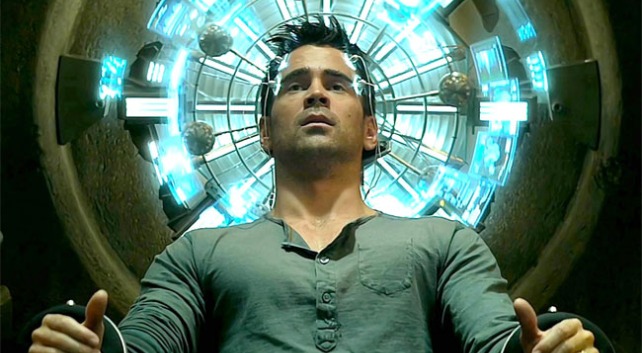 But if we’re lucky, we are in for a mind fuck. Kind of like the recall business.

Douglas Quaid (Colin Farrell) is a factory worker, helping build police drones, in the Britain Empire. After chemical war, there are only really two livable places left, Britain (Which is a lot of Northern Europe), and Australia, now called The Colony. Guess which one is in charge? GUESS. Lead by President Cohaagen (Bryan Cranston) of Britain, times are rough. Hell, Douglas lives in the Colony, but has to tramsute to Britain each day for work with his pal Harry (Bokeem Woodbine).

What? How can they do that daily? Oh haven’t you heard? The Fall is a giant gravity elevator that goes through the earth’s crust and mantle, around the core, to the other side. Don’t ask questions.

So times are rough. There are ways to get over it though, through Rekall. They will implant false memories into your brain to make it all better. People don’t trust it though. Since Douglas has been having strange dreams about a girl, he finally decides to go. Despite the calming voice of John Cho, shit hits the fan when he tries to have secret agent memories. What’s that? Apparently he already has those memories? How can that be?

Either way, shit is weird. Even his wife Lori (Kate Beckinsale) seems to have turn on him! She is a spy for the government? Oh nos! But at least he finally met the mysterious girl, Melina (Jessica Biel) who claims he was kidnapped and had his memories replaced, and he is actually an agent for Matthias (Bill Nighy), a resistance leader wanting the Colony to break out of Britain control.

Oh, or is all this actually just the memory that was implanted in him? That could be true as well. 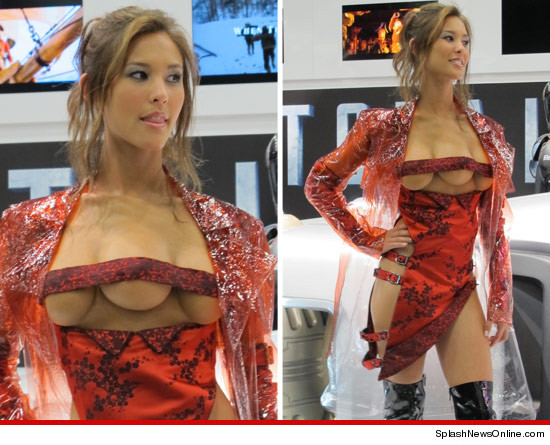 For “whatever reason”, when you google Total Recall you mostly get these images.

Wooo science and action! And that is about it.

I mean shit. Okay, I know they don’t get to go to Mars. That sucks. Mars is awesome. Curiosity agrees. But you know, all this felt like was a bunch of confusion, with action, and eventually a crazy ending. I have talked before about how too many plot twists can ruin a movie. Once you reach a certain point, you lose interest, and don’t trust the film anymore. I think this movie passes that threshold. Also, if you thought the lens flares were bad in Star Trek, you are going to be pissed off watching this movie.

I mean shit. Besides the obvious, I feel like the science presented in the movie didn’t even stay too consistent. I’m looking at you magnet cars.

Fuck, I can’t even think of more to say. I just thought it was kind of boring and dumb.