Happy is a fun word. Most words with 2 ‘p’s in a row in them end up being fun, I think. Well not disappointment. Or apprehension. Or inappropriate. Or whippersnapper, which has two sets of 2 ‘p’s.

Okay, I am not sure where I was going with this, except that my initial understanding of a concept (2 ‘p’s’ means fun) was wrong in closer expectation.

You know. Sort of like the movie Happily. Whereas with a lot of inspection, my ideas about it have changed after my initial thoughts of it. I thought this would be a happy film. Or maybe the title would be sarcastic, and it would be a terrifying film. But we definitely got something well in between both of those extremes. 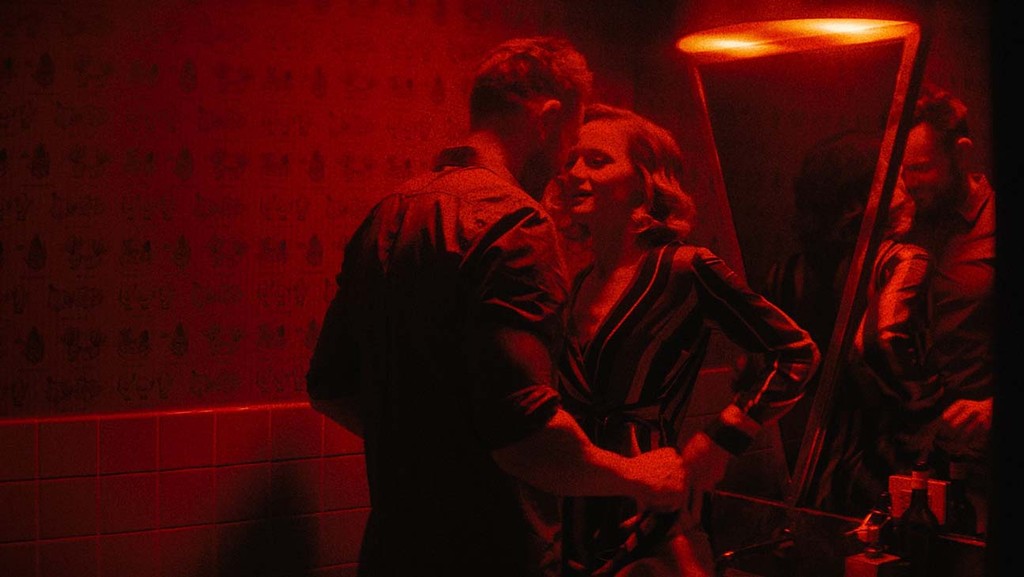 Tom (Joel McHale) and Janet (Kerri Bishé) have a secret. They are in love. Love? Is this a bad secret? Are they married to other people? Is this a crush? Did they just meet? No. They have been married for 14 years, and they are still going through that extreme lust phase, where they want to bone everywhere and go out of there way for big acts. All of their friends find it weird and uncomfortable and they hate it, they literally have told them this. They got kicked out of a couples weekend because everyone is sick of them.

The next day, a mysterious stranger (Stephen Root) who works for the city shows up to discuss something important with them. He says that every once in awhile, someone has a defect, and they aren’t built like others. It doesn’t matter most of the time. But both of our main characters have the same defect. They never lose that desire, that happiness. They don’t have diminishing returns. So he is here to fix it, just has to give them both a nice shot and they will wake up the next day fixed.

Well, one dead body later, they are certainly not going to let whatever this is happen.

Awkward awkward, dead body, ahh. Good thing they don’t fight and can work together to deal with this situation! However, after this, they get re-invited to the couples weekend. Weird. I guess the couples don’t care anymore. But also. Wait. Fuck. What if they sent the guy as a prank? What if there is no actual shot? Or what if it was a real thing that they all knew about except for Tom and Janet, and they are only inviting them because they are normal now? Shit, now this weekend is going to be suspicious. 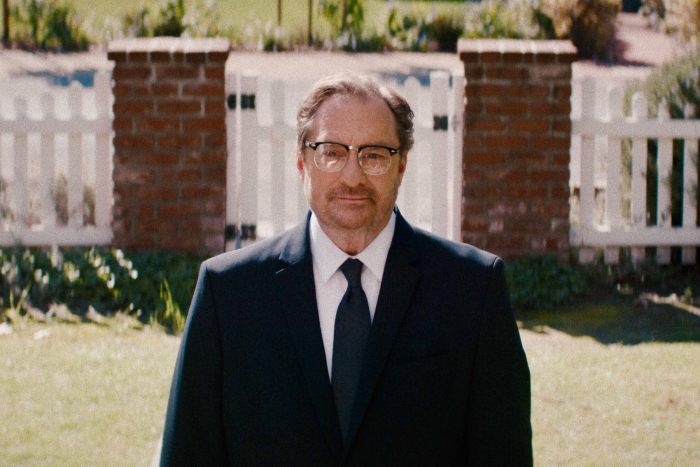 I hope all mysterious strangers are played by Stephen Root in the future.

One of my friends uttered that they would never watch Happily again, and to this, I tend to agree. If anything, I could watch it to find out if I missed something during the movie, but I wouldn’t watch the whole movie to find that out. I would watch just a few scenes and the ending again. I don’t think I missed anything, yet I find myself still confused and underwhelmed by the end.

I guess the message of the film is that people aren’t perfect, everyone has secrets, and life moves on? I don’t know.

I honestly don’t fully understand all the intrigue that happened by the end, and I don’t know if the makers of the film did either? As far as I know, multiple aspects weren’t explained (and I am not talking about Root’s character, which makes since to be more mysterious). It had good ideas, but the execution was lacking.

It felt like most of the movie was just an introduction, but when the plot finally got going, it rushed through it and left us longing. I don’t want to be left longing if I also feel unfulfilled.

I am keeping it at an average rating, because it did raise some interesting questions with some interesting scenarios, but it never felt properly together in one piece to really do much else.