The House is one of those comedies that if we ignored, collectively, we would have forgotten it existed in about two weeks max.

Or at least that is how it affected me. I saw some previews, was turned off from the film each time (And the color schemes are godawful), and forgot it existed. The only reason I watched it was to see if it was one of the worst of the year, like some of those summer comedies end up being.

And I am sad to say that it isn’t even bad enough for that list. It is just a regular bad film, spoilers, that now I unfortunately will remember for at least two more months before forgetting again. 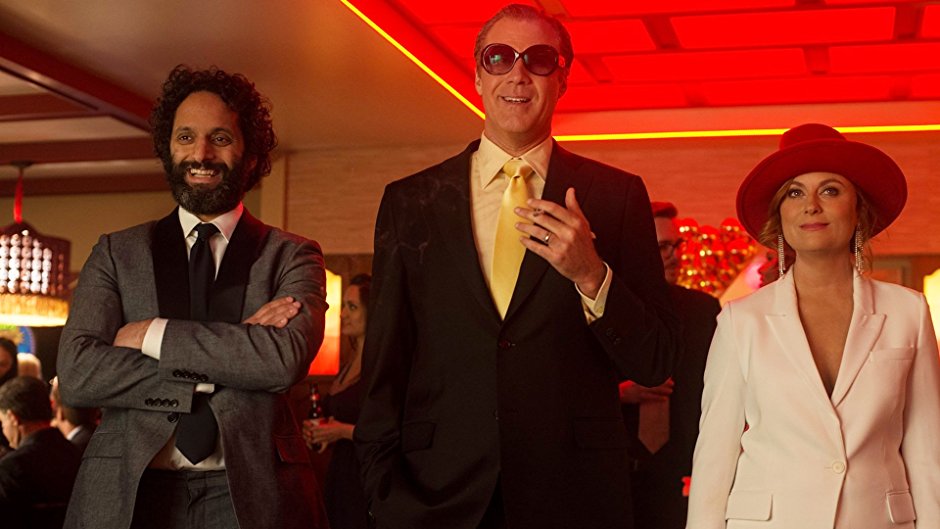 And there is more of those hideous orange lights.

Scott (Will Ferrell) and Kate Johansen (Amy Poehler) are a couple, and you really just have to trust me on this. Although they have no chemistry, they both are actors and this is a movie, damn it.

They are also proud of their daughter (Ryan Simpkins), who is about to finish high school, heading to college, smart smart smart. They were hoping to help pay for it through a community scholarship that is given out every year, and their baby is the favorite. But when it comes time to receive the funds, it turns out the town is out of the money, being spent on water parks instead.

Through silly plot reasons, and from their best friend (Jason Mantzoukas) who is in a rut (because all of his characters are in ruts), they decide to open up an illegal underground casino in his home. They will get some locals hooked, split and take home the difference. If they work all summer, they can earn enough to pay for all four years of college and not have to worry anymore!

Minus the fact that cops, the local board, and maybe even gangsters will want to shut them down. And cheaters and people who are genuinely dicks. But you know. Shenanigans.

Or…or! Or or or! They are very successful, no problems happen, and the movie ends happy. There’s a chance for that?

The problem with The House is there are some moments where I actually smiled, or found something amusing. Sure, these moments were few and far between, which would be one of the many reasons to give it this rating. But I would rather it just be completely unfunny and terrible, so I could just bash it much easier.

Instead I just need to talk about normal things. Like the nonexistent chemistry between our leads. Like Mantzoukas playing a character I have seen him do a dozen times. Like a very boring subplot of an affair in their extremely local government, boring villains and just boring plot in general.

Forget about The House, forget about this review, just forget it all happened, and then the movie might be better. When it is off of our collective minds.