Byzantium came out on a day when few movies felt like coming out, apparently. I counted maybe four or five new releases, half of which ended up being stuff that made it to the theaters.

Wait, Byzantium went to theaters too, just not a lot. Indie theaters and such. Well, why does no one care about this random tale?

Hard to say, probably just no one has heard of it. Yeah. I know personally I have no idea what this movie is about. 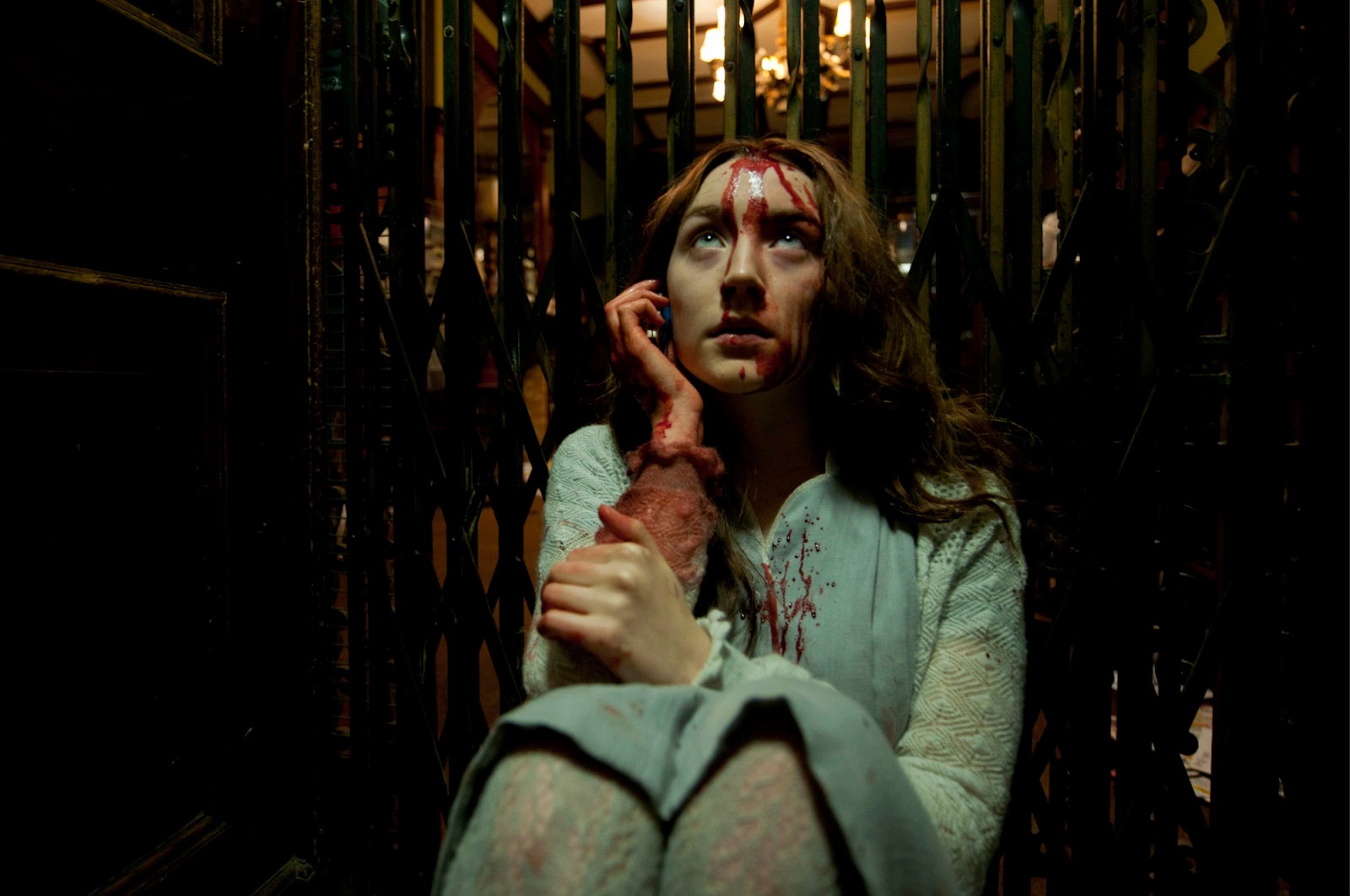 Hey, blood imagery. Hopefully its not another period movie!

Vampires. That is what this movie is about. Sneaky vampire movie. I have seen quite a lot of bad vampire movies, but they tend to go the teen / romance / comedy route, while I am pretty sure this one features almost none of those genres.

Hookers gonna hook. That is what I learned from this film, as Clara (Gemma Arterton) has abandoned her (daughter? I can’t tell if she was her actual daughter or like, taken in, now basically, daughter), Eleanor (Saoirse Ronan) sometime during the time of Napoleon, in order to get her affair on. Shit goes badly, like in all movie affairs, and they go on the run.

200 years later, the times are more modern, and they find themselves at some coastal resort town area. Clara finds a hotel called Byzantium, under new management (Daniel Mays). It used to be popular, now it sucks! Using her “cunning,” she is able to convince the owner to transform the inn into something even greater than an inn, a brothel!

The brothel serves as a way to lure in travelers, to help their drinking blood habit, without anyone realizing what is actually going on. At the same time, Eleanor starts to fall in love with a young waiter, (Caleb Landry Jones), and she tells him stories and tells him far too much personal information. But they are just stories. He won’t start to believe her ever, right? He won’t figure out the missing patrons and assume vampires, right? That would be incredibly preposterous! 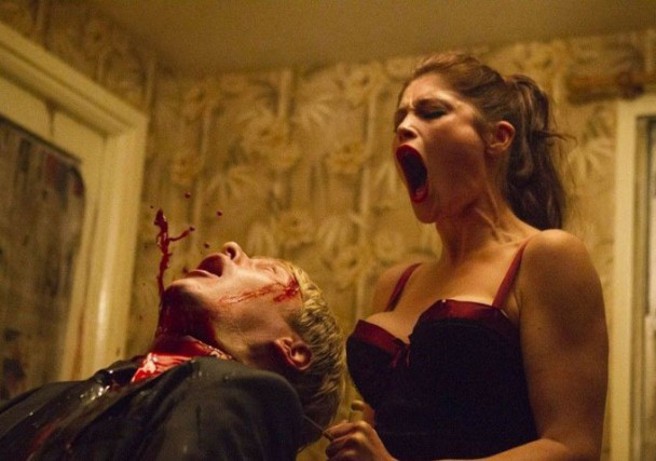 Tis a shame, really. This is a vampire movie that tries to do things different than the norm. They definitely do! It is very serious, it is very specific, and its amount of T&A is somehow still limited in comparison. It has everything going for it to be a great cool new movie, except for my interest. It holds zero of my interest.

Byzantium is a slow moving movie. It tells a nice story, with nice acting, and isn’t a complete piece of shit, yet I still find myself overall bored, and halfway through it just waiting for it to end. That is upsetting to me. Maybe it was a long day and I’d rather just do nothing, but I couldn’t enjoy the movie in any real way.

If it was a bit more entertaining, sure, it’d be higher rated. But that’s why movie reviews are all subjective anyways. I will put a pin on this movie, if I ever have time and a huge interest, I might try to rewatch it. But I need a bit more razzle dazzle. Not explosions, or sex or gore or anything crazy. Just something to move the story along at a quicker pace.