I did plan on watching The Girl on the Train when it came out, you know, in 2016. I knew it was based on a pretty famous book, it had a lot of mysterious elements, and it might have been a spiritual successor to Gone Girl. The book and movie are not done by the people who did Gone Girl, but similar elements were apparently there.

However, I missed the screening, and then my wife said she really wanted to see it also. Just after she read the book first, because that is what normal people do. It took a year later, but she finally picked up and read the book in only about a week, which let us thankfully still watch it thanks to Redbox. It is great when they have oldish movies on there (and yes, I realize it is within a year of coming out, but it still feels really old). 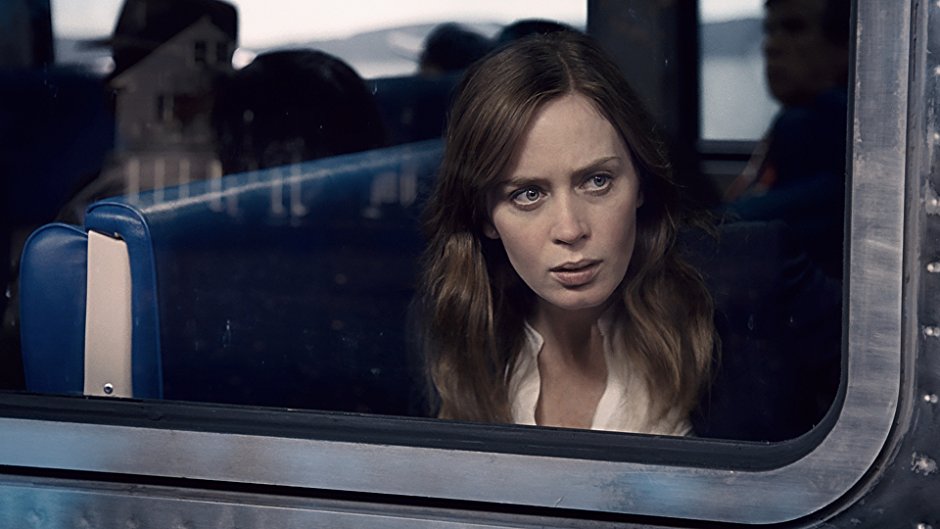 I found her! The girl on the train! Did I solve it!?

Rachel (Emily Blunt) is a woman who happens to be an alcoholic, and she rides a train to and from work every day. And on this train ride, she has become obsessed with another woman. She can see her in her house, this Megan (Haley Bennett), living a life with her lover, happy and free. Or at least that is what Rachel invents for her life.

Rachel is a drinker because her husband, Tom (Justin Theroux) left her. He married Anna (Rebecca Ferguson), had a kid, all of the things that he could never do with Rachel. And it turns out that Megan was their nanny for the little kid, unsure if Rachel knew this fact.

Well one sad day, Rachel decided to get off on that stop, seeing that Megan was with another man. This could not be! She was perfect! And now Rachel was drunk and upset.

The next thing Rachel knew, she was awake in her home, with blood on her hands. And news that Megan was missing.

Was it Rachel, blackout drunk and angry? Could she have killed someone?

The Girl on the Balcony was a much sexier title, but too close to Man on a Ledge.

The Girl on the Train is told from three different points of view, Emma, Megan, and of course Rachel. The timelines are a bit out of whack, for dramatic sake, in order to amp up all the mystery. After all, if we saw Megan’s point of view when she died, there would be no story to tell!

The false leads don’t end up pissing off the viewer, but really just make sense as the story unfolds. It is not an easy mystery to guess ahead of time, although enough hints really are there. I made a lot of intentionally stupid guesses just to mess with my wife, but when the final reveals occurred I wasn’t surprised in the least.

The issues with the film are just…hard to explain. It feels so bland. The acting isn’t bad, it is just mediocre feeling. The story doesn’t end up feeling as great as it is built up to be. It was maybe over hyped by the advertising or the pacing of the book, because the movie felt rushed and just average.

I think more details in the story would have gone a long way. More drives for the characters and just more things for them to do. It took a long time to reveal not too much, and just felt like a lot of potential that was never fully reached, unfortunately. Let’s hope the sequel, The Old Lady in the Shoe does a bit better.