Sometimes the name of the movie is the name of another movie as well, especially if it is a remake. It makes sense. (Or it could just be a popular /generic phrase that has multiple very different movies).

But what if your name is the same as a documentary, about the same subject? That might be notable if it is again, a very specific name, like of a person, or a group. But for The Eyes of Tammy Faye? It was a documentary that came out in 2000 about Tammy Faye Bakker, about her life and what she is up to then dealing with scandals. This movie, of the same name, is just about her and her husbands life. So they are both about Tammy Faye, but it is so weird to specifically name this film the exact same name as the documentary, when the phrase, The Eyes of Tammy Faye, isn’t inherently a specific phrase or meaning. 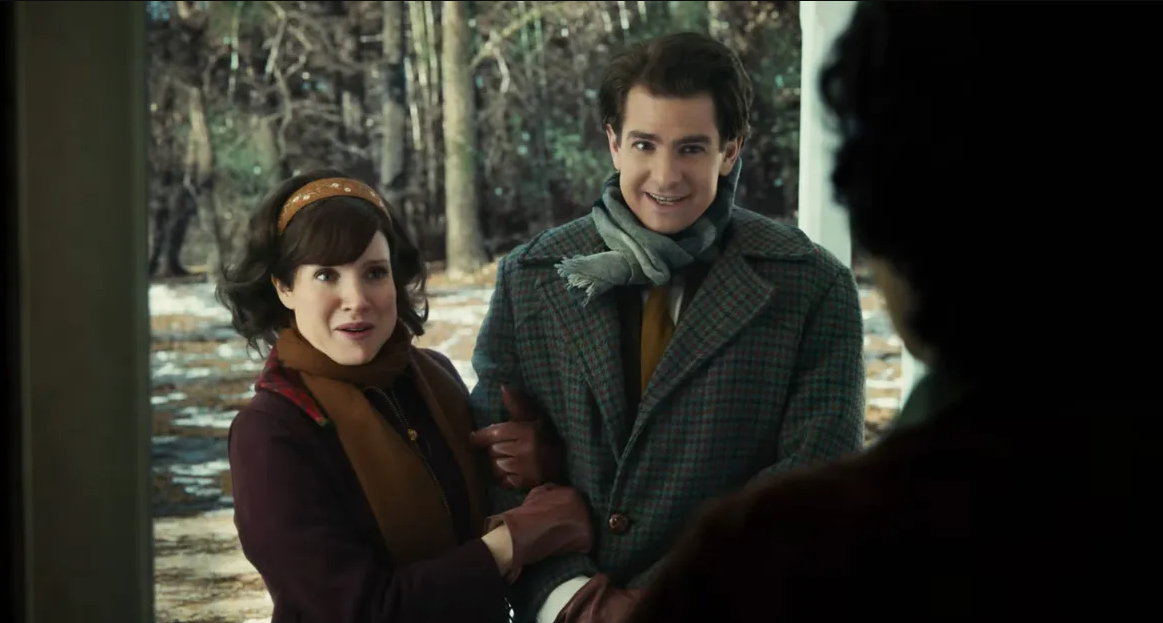 Growing up, Tammy Faye sought religion in her life, because her family went to church and she was banned because her mom (Cherry Jones) was divorced! Oh no. But she was a theatrical little kid, and she went full in, talking in tongues, so she was welcomed as a child of God and given meaning in her little life.

Later on, Tammy Faye (Jessica Chastain) was going to a bible college in Minnesota where she met Jim Bakker (Andrew Garfield). They had so much passion for Jesus, and wanted everyone to praise him so much, that they found each other, got hitched, and then got kicked out of college. That is okay. They are going to take their show on the road, touring the country, praising the Lord, using puppets, whatever. They had big dreams though, dreams of being on television one day, with their own proper Christian talk show, for adults, shows for kids, and more.

Hell. Maybe their own Christian network and satellite. That will show those non-believers!

They want to be rich and famous for Jesus. But where does the money come from? And where is it going? That is the realest question. Oh shit, is that the law coming? Shenanigans! 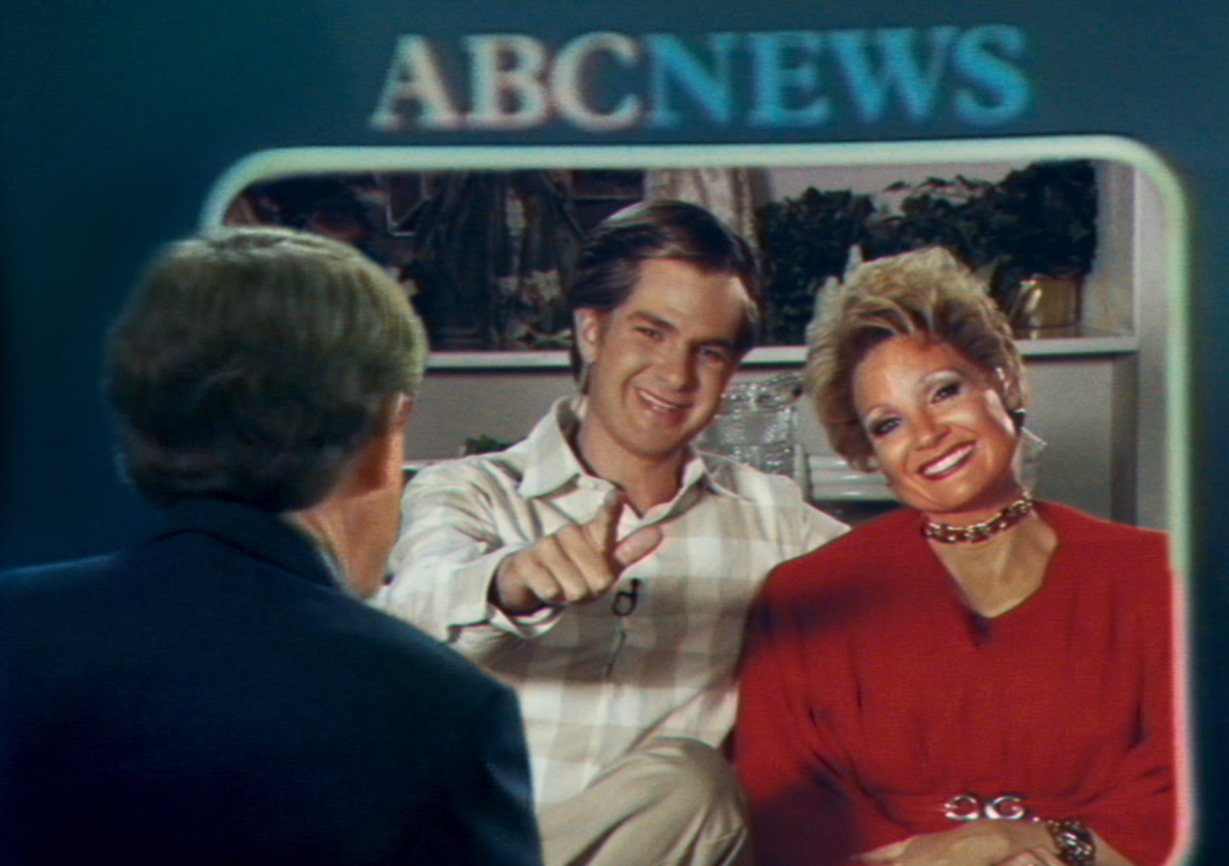 We almost never get a transformation like this for actresses.

Let’s talk Chastain. I think most people would put her into the great actress category. She has been nominated twice for Academy awards (although one of them is from a very ehhh movie), and generally if she stars in flops, it isn’t her fault. But like my joke above says, Chastain has never had to transform her body or looks into a role. Most actresses don’t have to do it. Arguably, neither should actors, but they do happen to do that a lot of the time. Lose or gain weight. Bulk up, whatever.

But Chastain looks nothing like Chastain for 80% of this movie. Her gradual transformation, with more and more makeup and change in hair style just feel so natural and yet so sudden. Outside of the college scene and right at the start of their marriage, this was clearly just a different person. It is a phenomenal change and acting on her part, it is clear she will end up being nominated for this role as well. I can’t say it will be a win, so early still in the year, but the change felt like the level of commitment that Gary Oldman did for Darkest Hour.

In terms of the rest of the movie, it is fine. Garfield plays a second charismatic person in front of camera for the second time this year (and maybe will a third time?). D’Onofrio played Jerry Falwell Sr. very strongly, and felt like a bad guy in a movie where most people are bad guys. Wystrach was only in a couple of scenes, but it felt good seeing him play a country Keanu Reeves.

I really enjoyed the focus on how manipulated Tammy Faye was through big sections of her life. Manipulated by people manipulating religion, or just outright gaslighting, and it was tough to watch and experience. It was interesting to see this point of view of one of the biggest scandals of the 1980’s. You can tell it definitely is one sided on most parts, and there is likely other pieces of the story missing.

This movie is entertaining and well acted, but I did find myself wanting more. It didn’t give me enough. I went out of my way to watch the original documentary on the same day, just to see what else it could have been or focused on. I wonder if the real Tammy Faye is actually a huge part of this scandal and we will never know. WE WILL NEVER KNOW.

See this movie for the acting and the interesting story. Even if some details are muddy and rushed.