How in the hell do you have a movie named Now You See Me, and then fail to call the sequel Now You Don’t? It is a really popular phrase, everyone knows it, and you give us this even more generic sequel name. It is like they aren’t trying to be cool.

I didn’t expect there to even be a sequel to the first film. Yes, I gave it a 2 out of 4, but it had one of the worst twist endings of all time. They picked a character that would produce the most confusion and failed to make a movie that made sense. They also blurred the line between real magic and explaining the tricks, because the writers had no idea what to do. They went for cool and splashy and couldn’t pick a side. The only reason I probably gave it an average rating is because it came out the same day as After Earth.

Now, sure, a lot of movies are coming out on this day as well. That is why I saw this one weeks in advance to make sure I had a clear mind before writing the sequel’s review. 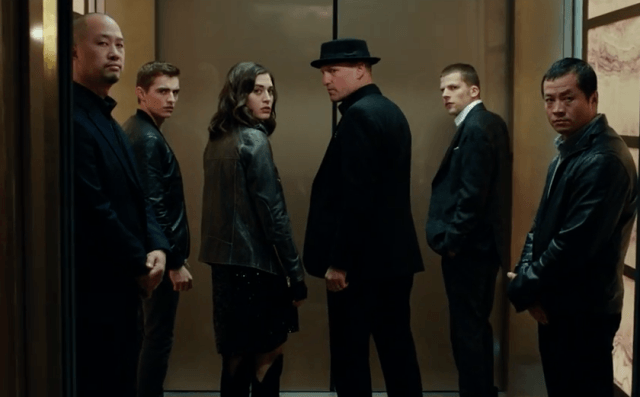 Ass shots for everyone, not just the lady, hooray!

Set a year after the events in the first film, The Horsemen have gone missing. Dylan (Mark Ruffalo) is still looking for them, just badly to cover it all up. This angers his boss (Sanaa Lathan) and coworker (David Warshofsky) who think he is a bumbling fool almost. This is all a ploy though, in order to finally bring them back out at a big phone tech reveal.

This Octo company, led by Owen (Ben Lamb) is unleashing some super sexy phone tech, however it will also steal all information from the users and sell the data on the black market. So The Eye has told Dylan to get The Horsemen together to crash the event. You know, Atlas (Jesse Eisenberg), McKinney (Woody Harrelson), Wilder (Dave Franco), and Lula (Lizzy Caplan). Wait a minute! She wasn’t a horseman! She is a replacement for Henley, who in the movie wanted out in the year in isolation, so they replaced her. I think the studio was hoping you wouldn’t realize it.

However, bad things happen during their surprise show and the group find themselves now in Macau, China (basically their Las Vegas with a big Magic scene), in the clutches of some rich dude named Walter (Daniel Radcliffe). There is more behind the Octo tech, Walter wants his hands on it and wants The Horsemen to steal it! Oh the layers!

And then, you know, shenanigans.

Morgan Freeman and Michael Caine return, along with Jay Chou and Henry Lloyd-Hughes. 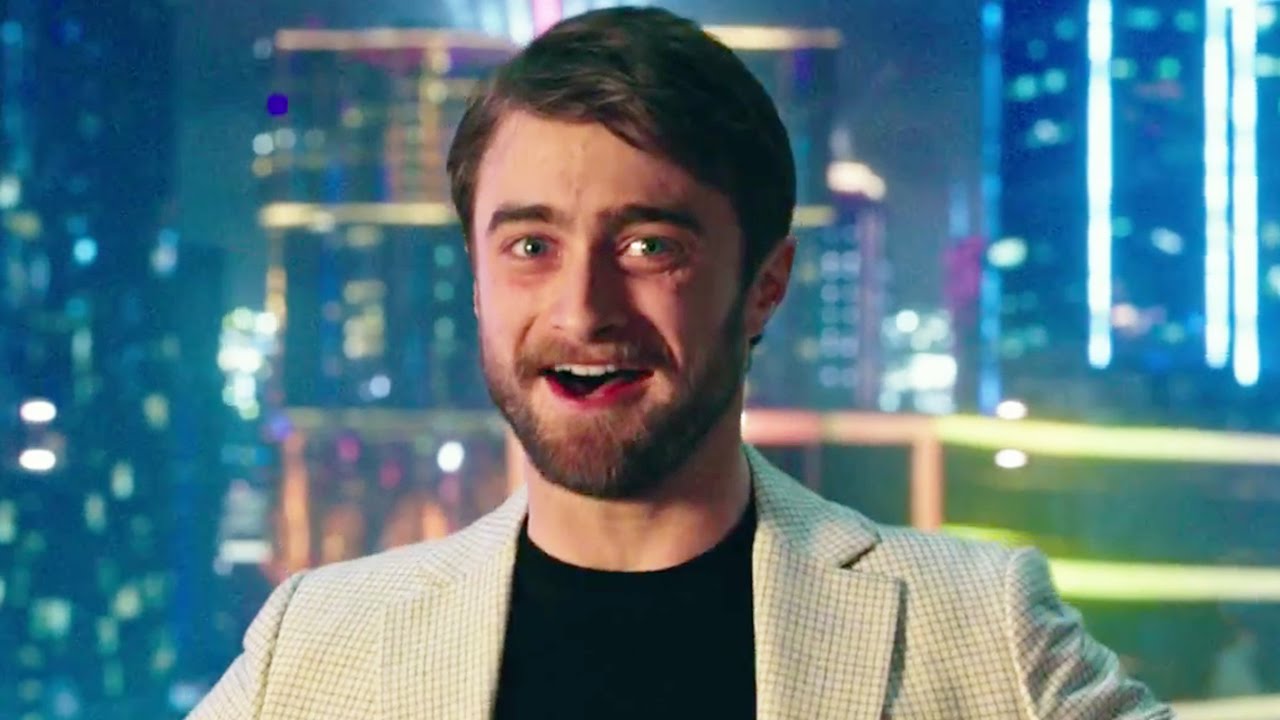 GET IT? He is Harry Potter! In a different magic movie! DO YOU GET IT!?

Now You See Me 2 tried to answer some questions its predecessor failed to do so. The key word being tried. Good. The first one explained how The Horsemen did the first trick and didn’t really explain anything else after that. This time they put a lot more effort into explaining how things work, at the bare minimum some tech terms and concepts, to show hey, this isn’t real magic, it is just tricks.

Except, you know, some of the bigger tricks like Atlas falling backwards into a puddle and disappearing completely except for his clothes. They don’t try to explain that, because the writers put it in because it is cool and have no idea how to actually make it work. This is an example of a movie pretending to be a super smart heist movie, but when they get to complicated matters, they shrug their shoulders, say magic and move on.

So everything is just special effects in real life, unless it is actually magic. You know, like speed hypnotism or whatever, which is used constantly in the film. They refuse to make up their mind.

This film has a big twist near the end too, all about who belongs to the mysterious Eye organization and what their purpose is. Well, the reveal isn’t actually a big surprise, it is a let down, but at least it makes more sense. In fact, it is the type of reveal that would have been better at the end of the first film, not the end of a sequel no one wanted.

Here is a positive. Yes, it was awkward that Caplan was suddenly in this film, but her character was the best and funniest with the most personality to boot. If they decide to punish our life more with a third film, it should be called Now You Three Me and star her with completely new cast besides her.