The Change-Up is the R-rated attempt to make an enjoyable “change bodies” movie. Most of the time these sort of movies are family oriented and always have the same message. Always.

Your life is better than you think it is, switching is a bad idea, and don’t do drugs.

Presumably the last message is implied. The Change-Up offers the same morals, minus the drug part. It might condone them, actually. 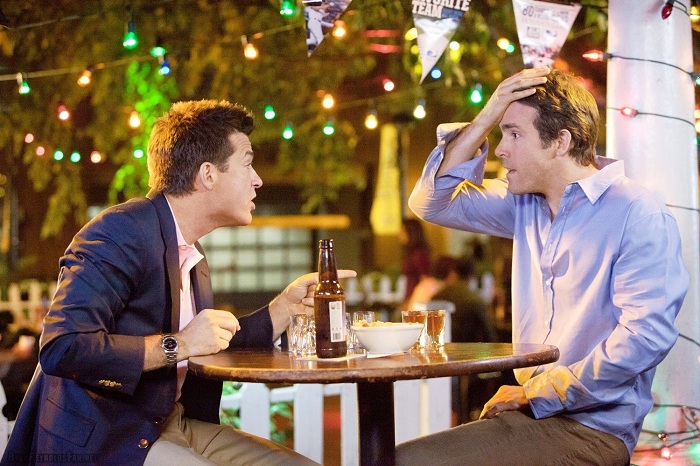 “Drug use?! By golly gee wizz, that is bad stuff!” – How I think Ryan Reynolds actually talks.

So, the beginning of this movie is pretty bad. We have to get through the parts where they are all, rawrr my life sucks. Even a dumb poop joke scene. Gross and unnecessary. Adult oriented shouldn’t have to mean lamer jokes, but eh, they happen. The “Change Up” part is equally ridiculous, but pretty much anything they could have came up would have failed too, so that doesn’t matter.

Reynolds is friends with Bateman. Reynolds likes to party, lives alone, sex all the time, actor/model. Bateman has a family! Daughter and twin babies, married to Leslie Mann, and works in a law firm. Pretty smart, trying to make partner. Olivia Wilde is his assistant, who he kinda wants to bang. 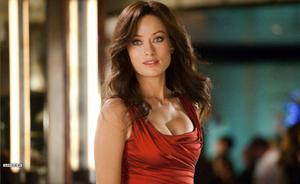 After the change, there is some pretty funny stuff that happens. You can probably guess a lot of it. Each person screws up the others life, tries to coach them on how to be successful. Unfortunately Reynolds also has some dad issues, and Bateman has marriage problems, so with their powers combined, they are able to help fix both. By the end, they yes, learn to love their life, and make appropriate changes in their lives for future successes.

At least in the Unrated version, there is a lot of boobs. Some are creepy boobs though. Leslie Mann is naked in this movie a lot though, which was very surprising.

I really couldn’t tell if I wanted to give this a 2 or a 3 rating. It had parts enough to annoy me for the 2, yet some very funny parts for a 3. So I think in cases like this, I tend to just go the higher rating route. It still could have done a lot of things better though.

3 out of 4.
Tags:3 out of 4, Comedy, Jason Bateman, Leslie Mann, Olivia WIlde, Ryan Reynolds, The Change-Up