If you guys knew how many lesser known movies Kevin Spacey was making nowadays, you’d be shocked. Shocked!

Because everyone loves Kevin Spacey right? Even when he is in mediocre films, he is usually the best part and everyone is happy. Because yay Kevin Spacey. But why all these films that aren’t advertised? Today I watched Shrink, which came out in 2009. And well, I am sure its probably not something anyone really knows. Tomorrow I will watch Casino Jack, a 2010 movie with him. Heard of it? No. Probably not. 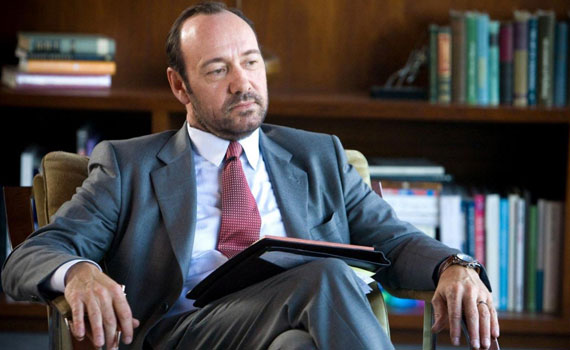 I am sure most would be willing to tell Kevin their darkest problems too.

Kevin Smith is a celebrity therapist in LA. Exclusive and famous clients, who all have problems. No cameos here, but Robin Williams does play an actor who is in therapy for alcoholism (but doesn’t believe he is an alcoholic, and thinks himself a sex addict instead). Unfortunately for him, his wife also recently committed suicide and he is kind of having a rough time with it. He starts drinking himself, avoiding his bed room, and hanging out with his pseudo-relative Jesus (Jesse Plemons) to get drugs and high with.

His dad was also a therapist and it is clear Kevin is having a hard time. After a failed intervention, he gets him to start therapy for a high school girl, Jemma (Keke Palmer) as Pro Bono work saying it would help. Why? Turns out her mom committed suicide too. She wants to be a filmmaker some day, but is having quite a rough time at the moment.

At the same time, he is handling a few other celebrities. Saffron Burrows is an actress, married to a narcissistic rock star husband, who makes her feel insecure about her age (joint therapy, husband the real problem). Dallas Roberts is a talent agent who is a germaphobe and has anxieties, who’s biggest client is Jack Huston, who is also addicted to drugs.

Finally, Mark Webber is his kind of related god son, who is a struggling writer who might finally get inspiration through Kevin’s clients. Also interested in romantically with the assistant to Dallas, Pell James.

Yeah, lots of plot lines going on here. Most importantly Kevin trying to handle his clients (who end up being way too connected for his liking) while also failing to take his own advice to deal with his own problems. 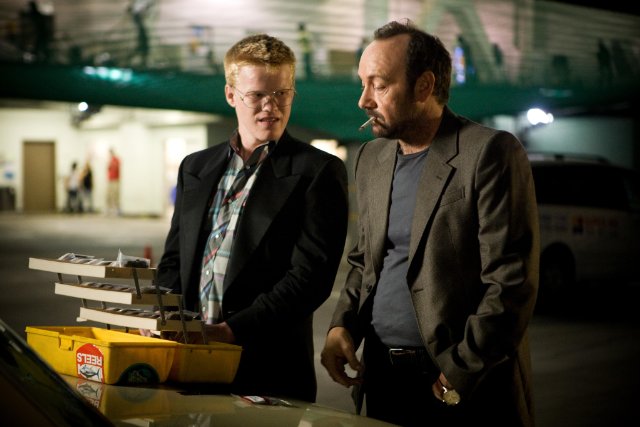 As we learned from The Sopranos, sometimes even a Shrink might need a Shrink. Having to hear others problems for so long can drive a person mad and not feel as important. This isn’t the plot of the movie, just me free balling.

An interesting concept of a movie, but I definitely thought there was a lot of plots going on. I wasn’t sure why there was so many separate stories for awhile. They eventually became more and more connected (or they always were connected, just more and more revealed) but ehh. Still felt weird. Some of the client stories (Robin Williams / Saffron Burrows) seemed to go nowhere by the end. No where exciting at least, nor did they really end.

Everything else was neatly wrapped up in the movie though. Kevin Stacey does good. I thought each of his scenes were decent, but the flip out on TV scene didn’t feel natural at all. But yeah, wooo therapists.