Honestly, I feel like half of my movie reviews involve me admitting something that I previously didn’t know. It may come as a surprise to you, but my musical knowledge isn’t focused in the hip hop/rap movement/wars of the early 90s.

Believe it. The first Tupac song I heard was Changes? Maybe? Its music video seemed like a screensaver slide show, and came out years after he “died”, so not sure. Similarly, the first Notorious B.I.G. song I heard was that Mo’ Money, Mo’ Problems song, and then I’ll Be Missing You. All made popular after death, and not really his stuff.

Clearly, I have been missing out. But yay for the chance to learn some things! 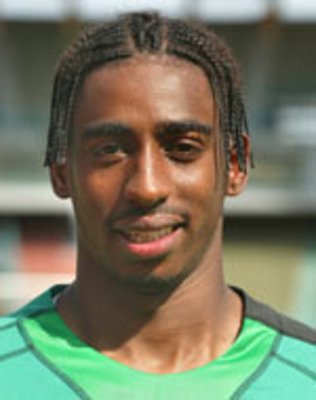 I am well aware though that Tupac isn’t dead, but the Ivory Coast goal keeper.

Did you know Notorious B.I.G. had a son? It’s true. And his son, Christopher Wallace, plays his dad in this movie. His dad when he was 10-12 year range at the beginning. That is both awesome and weird at the same time. He was also the kid in Everything Must Go.

Either way, he was also born Christopher Wallace, to a single mother (Angela Bassett) who tried to raise her boy right. Morals, Christian, you know, all of that. But he likes to rap. He starts of dealing drugs, lots of crack, and when his girlfriend is pregnant, he has to raise the stakes for his crack dealing. But also, still rap battles.

He also meets (who will later become) Lil’ Kim (Naturi Naughton) at this time, who’s real purpose in this movie is to be naked a lot. So he is cheating on his girl, and drug dealing, causing him to get kicked out of house. Eventually he is caught with drugs and guns, and put in jail for awhile until bail happens, and he vows to turn his life around. He makes his first big hit, and get signed by Sean Combs (Derek Luke) as long as he gives up the crime. But the album still takes awhile to happen…

He eventually starts his album when Puff Daddy makes his own company, and meets Faith Evans (Antonique Smith), a singer, and marries her. You know, ignoring his old gf/kid, and Lil’ Kim. Can you see this is setting up to be bad? He also meets and befriends Tupac! (Anthony Mackie), but when he gets shot (and doesn’t die) he blames Biggie, P. Diddy, and the label. They start to feud with the tracks and records. East Coast / West Coast. Very bad things.

You know how this ends. Tupac dies, Biggie feels like he is to blame for it (no shit kind of), and tries to quit rapping. Still being bad with all three of his women. Eventually shot and killed himself. Then everyone listens to Hypnotize for the rest of time! 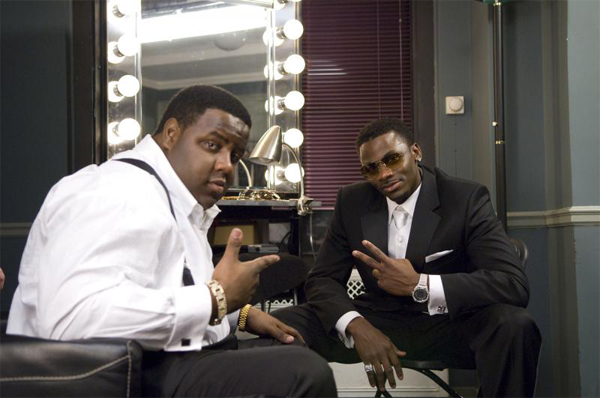 Guess what! I’ve learned something today. And that shit can get complicated when you add in drugs, weapons, and dirty hos.

I’m looking at you Lil’ Kim. But then again, she is a real person, and apparently hated her portrayal in the movie. I wonder why.

I thought parts of the movie were entirely cheesy. Despite a supposed biography, it just felt, weird at times. The narrator changed too, mostly Notorious throughout, until the end when it was his mom talking about his legacy.

But it was also interesting at the same time. Again, I really didn’t know most of the songs, but I recognized Hypnotize every time they played it (four? Maybe I am counting the menu too). So hey, want to know about Biggie Smalls? Watch the movie. Don’t? Ignore it. Easy.