If I had 99 Homes, I’d either sell at least 94 of them, or desperately look for one more home. It’s so fucking close to a cool number. Just think, 100 homes.

You know what you could do with a 100 homes? No? Exactly. I’d realiz it was stupid within a week and then try to sell at least 95 of them.

99 Homes is released by Broad Green Pictures, a new company as of 2015, but they had a productive year. However, I am happy to announce this is their first film I have actually reviewed! Hooray! I had no interest in seeing Learning to Drive or A Walk in the Woods or the other few films I never heard about before. 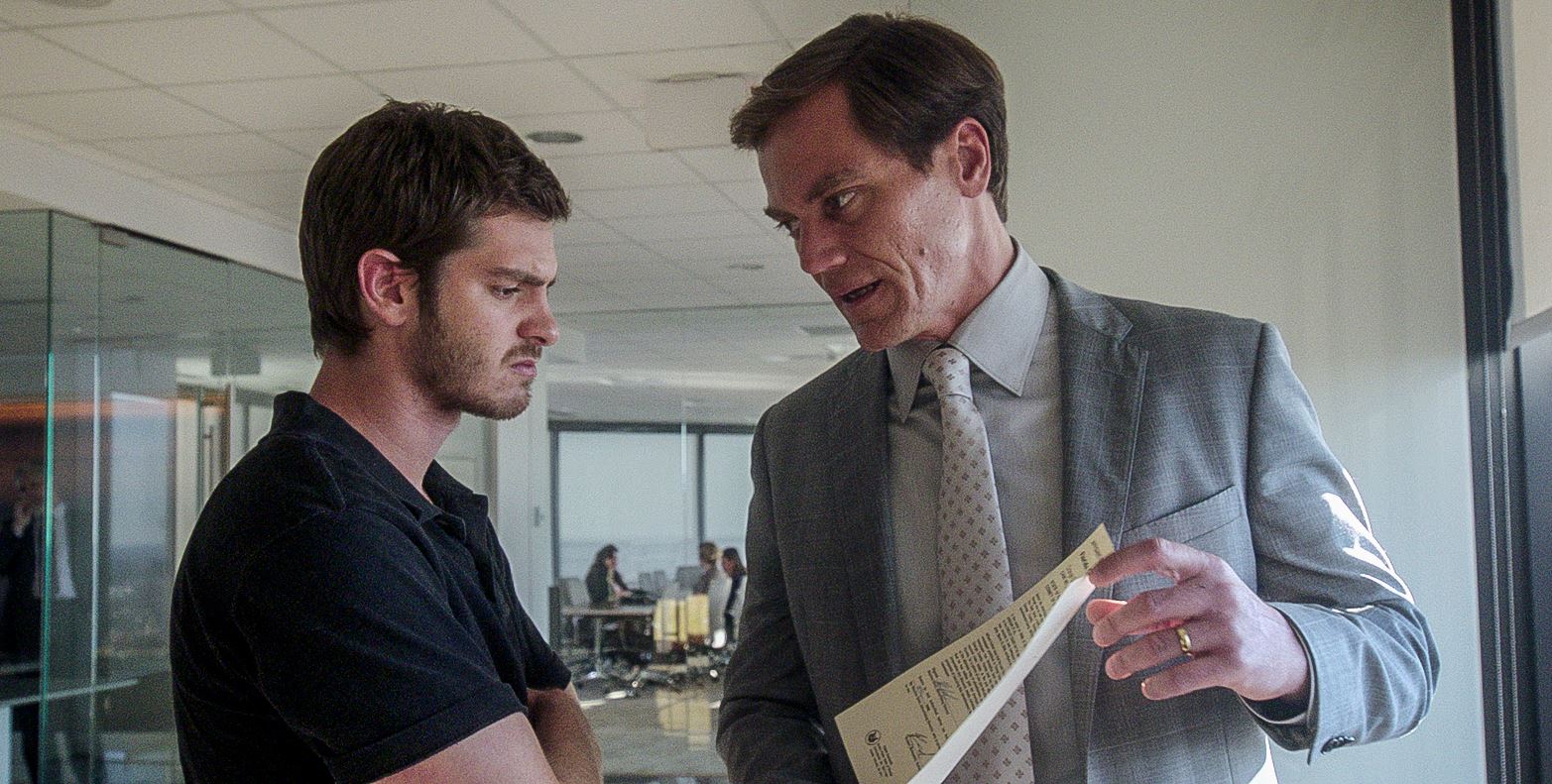 And I will review it without making any Spider-Man / Superman crossover jokes.

Remember the 2008 Financial Housing Collapse thing? No, well, go watch Margin Call and The Big Short. Come back to this review in like 4 hours.

People lost their homes. Loans and bubbles, bad stuff. Very bad stuff for Dennis Nash (Andrew Garfield), a single dad, raising his son Connor (Noah Lomax) and also living with his mother, Lynn (Laura Dern). You see, they are about to lose their family home. He is a contractor, but he lost his job and is up to his ears in bills and lawyers and what not.

But no. The home is no longer his. It belongs to the bank and they have to leave immediately and move into a hotel room. The man to deliver the message is Rick Carver (Michael Shannon), a real estate agent who has turned into the guy people hate to kick them out of their houses. No one likes Carver, especially not Denis.

Then Dennis starts to work for Carver. What? Exactly. A shitty job needed to be done on a different foreclosed house, and Dennis has the tools, skills, and really needed the money. Dennis slowly gains more and more responsibility, doing terrible things for pay, hurting others who used to be just like him. Just so he can get the house back. 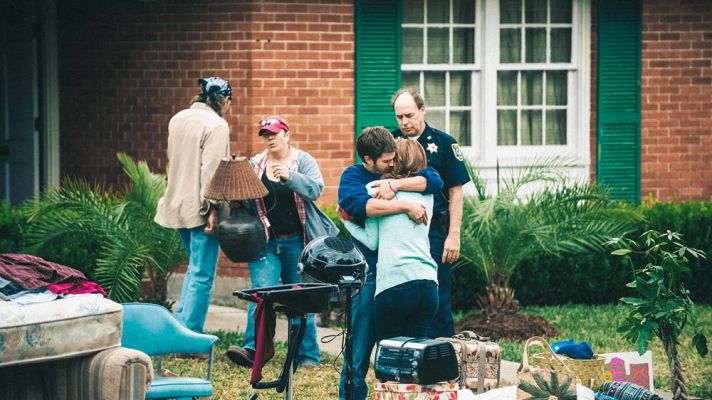 It isn’t even that great of a house.

There is only so much sadness one person can feel due to a single event. Right? That is why they don’t make as many Holocaust movies as they used to. People are tired of those events.

I apparently am not over these types of movies yet. The beginning of 99 Homes is compelling and really gets you on the train to sadtown real quick. It is a bullet train. Garfield gives a pretty compelling performance, Dern not as much as I had hoped.

Shannon is the big bad guy here. A seemingly uncaring man who just wants people out of houses so he can move on to the next house to fuck up more lives. But as Garfield’s character begins to work and deal with him, part of him gets redeemed. Just kidding, dude is terrible and all money hungry and exactly the right kind of antagonist to go with a movie about the economy tanking.

The ending was good too, a lot of tense and morally dark choices had to be made, but I feel every character got what they deserved and was not disappointed.