Margin Call is “inspired by a true story”, with that story being that financial crisis thing in 2008.

Now, I mention a lot that I am not an expert on blah topic that the movie is about, and this is definitely no different. Money things confuse me. With no basis whatsoever, I personally think if we just spend more money, the economy will be good. Done and done. Thankfully, to really appreciate this movie you do not have to be a financial expert. They do enough explaining to get the gist of the problem, but don’t focus on it. What is instead focused on is the human reactions and ethical dilemmas they now face. 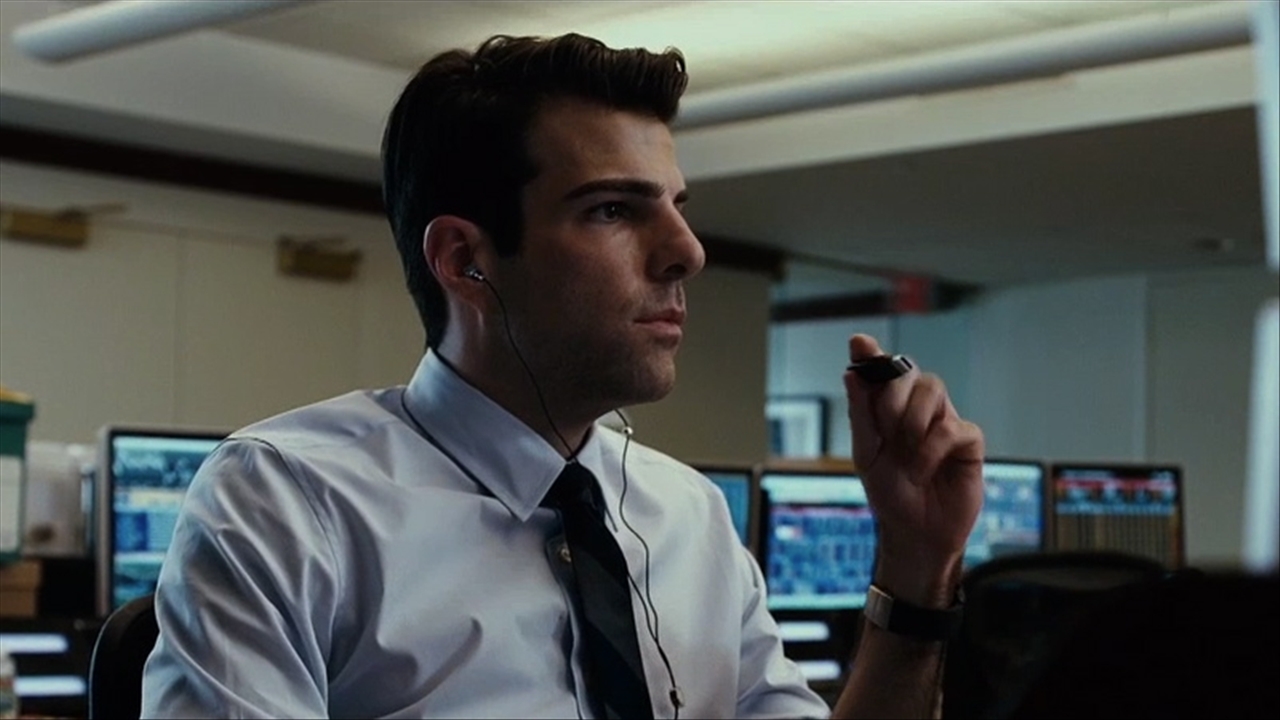 What I’m trying to say is that this movie is a “thinker”.

The movie takes place over about 24 hours at an unnamed banking/investment company on Wall Street. A downsizing occurs, so unexpectedly a bunch of people lose their jobs, including Stanley Tucci, the head of the Risk Analysis team who has been with them for 19 years. He was almost done with a new project though, but they do not care. His phone is turned off, and sent out the door. Before he goes, he gives a flash drive to Zachary Qunito with the data and says to “Be Careful”.

Later that night all alone, he discovers something horrible. (Here comes the horrible at finances part). The equation they have been using for investments and potential gain has been wrong. The last few days it has been wrong. Everything is about to collapse on itself, but no one realizes it yet, except for him. What follows the rest of the night is a series of meetings and panic as the news travels up the company ladder. First to Penn Badgley, a guy who works with Quinto, to their higher ups Paul Bettany and Kevin Spacey. Then to their higher ups Demi Moore and Simon Baker. And finally the highest higher up, Jeremy Irons.

What happens in the movie is not just a series of “board meetings” or anything, but at least one occurs. Its the emotion roller coaster that the characters experiences as they first find out, almost everyone taking a different path. A few people only worry immediately about their own jobs, some worry about the company, some worry about everyone’s companies (psst, that is Spacey. He has morals!). Then again, some don’t care about any of that, and just getting the information out there and trying to fix it.

There is a lot of down time between the big important decisions, which allows the characters to break off into their group to discuss all the possible repercussions and really branch out their personalities. There’s also smaller sub plot of finding Stanley Tucci, to make sure he doesn’t tell anyone what’s up. 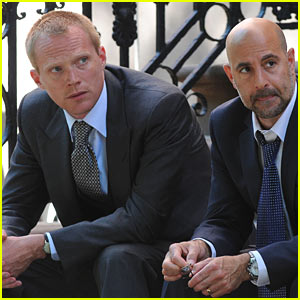 To which he pretty much responds, “Eat a big bag of dicks.”

I think as a general description, this movie sounds pretty boring. But all the actors do phenomenal jobs. No one really stood out as being a bad actor, at least. The discussions of money became more and more interesting, as the levels of those involved increased. Started out slow for me, but really finished strong. And it also made me mad. Damn you, banker people, for somehow messing up things that I still don’t necessarily understand.