How many times do I have to watch JFK get shot? I mean, I am a young guy, so not as many times as some people who were alive back in the early ’60’s. But just last year we had Jackie, Parkland was about his death, and he probably died in The Butler.

And now we have a film about a president, who has been in other films recently, like Selma, All The Way, and uhhh, The Butler, again. But usually he is a smaller part. This movie, LBJ, is about LBJ and only LBJ.

Just kidding, a lot of it is about JFK getting shot, because it is super important to him getting presidency. Sucks to not be the 100% star of your own film. But LBJ would look at this and probably say something like “Doesn’t matter, Had Presidency.” 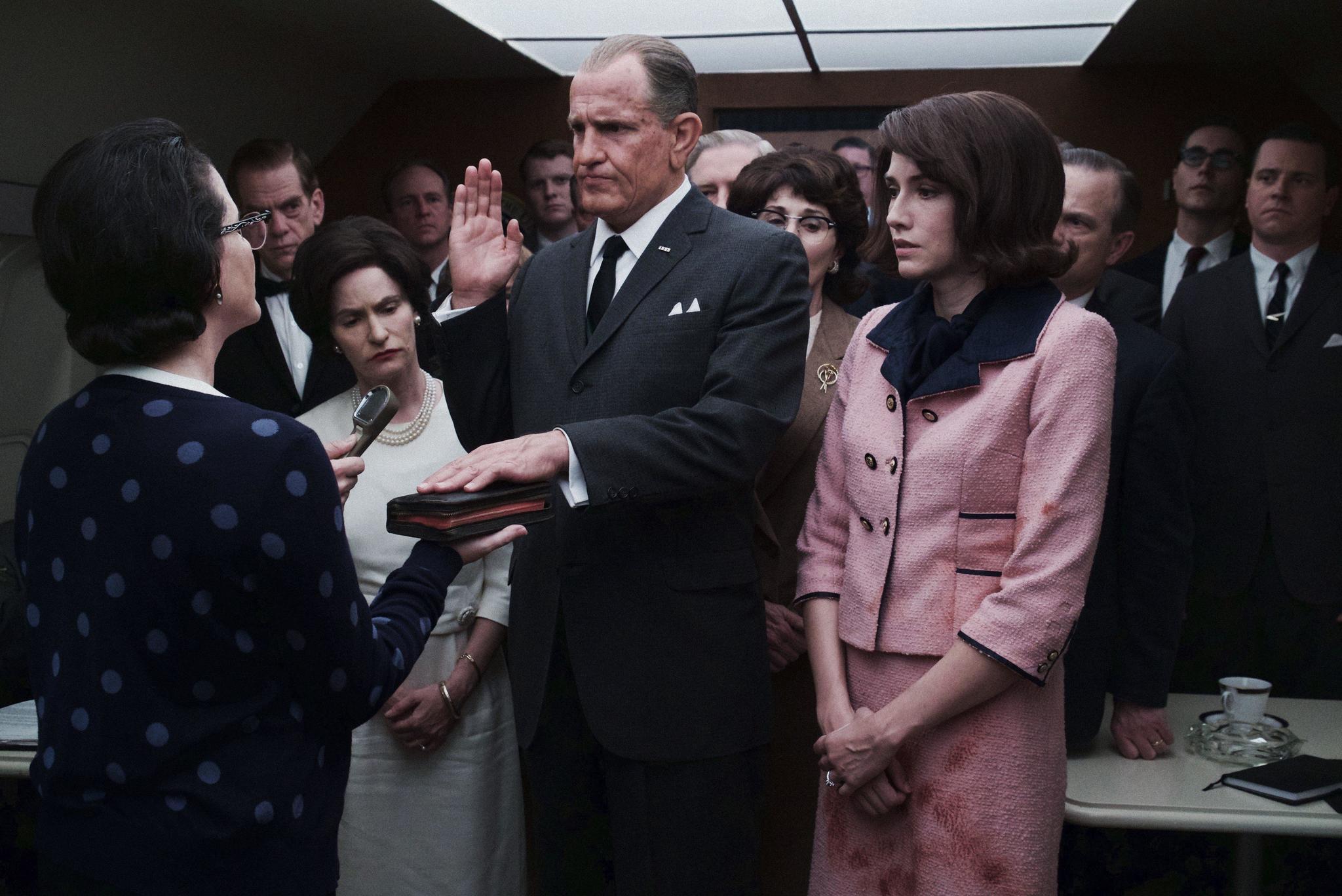 Blood still on the coat.

In Dallas, JFK (Jeffrey Donovan, Mr. Burn Notice himself), is shot and soon dead in a hospital. His wife (Kim Allen) is in shock, his brother Bobby (Michael Stahl-David) has become withdrawn, and a nation is on the edge of their seats wondering what will happen next.

And in walks Lyndon Baines Johnson (Woody Harrelson), vice president, Texan, to swear himself in during a tumultuous time. And not just because of an assassination. Civil Rights riots are at an all time high, and the Southern Democrats are not willing to let the equal rights act go through. But it was one of JFK’s visions, and the best way to honor him would be to get his vision into reality.

But Johnson isn’t just some goddamn JFK puppet. He is a doer, not a talker. He ran the Senate well and made sure things happened. So even though he was never voted the president, he is going to rock that White House, pass some bills, and try and make America better. 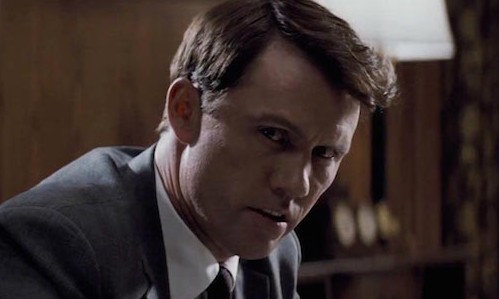 LBJ is not a linear film nor does it actually begin with his death. We get to see parts of Johnson’s life before he decided to run for president as Senate majority leader, losing to Kennedy in the primaries, agreeing to accept the VP position, attempting to bring about the Civil Rights Bill as VP, then the president dying, taking over his duties, and trying to be president. Technically, just a few years of his life, and a lot of it is focused on his relationship with the Kennedy brothers.

And again, that is all out of order, telling the story of the last president to voluntarily not run for a second term.

In terms of acting, Harrelson knocked it out of the park. He still had a bit of his woody crude streak going on, but for all I know, maybe LBJ was just like that. The make up work done to him was incredible and he really transformed into this president, I quickly forgot it was actually Harrelson. A very well done performance. Jenkins and Stahl-David also do relatively good performances, and I am still on the fence as Donovan as JFK. It is one that is just very hard to see.

The story is the weaker aspect of the film. It is a very standard feeling biography. It is only on the most important years of his life, it hits upon a very big current issue, and it puts a weird spin on it with him just wanting to be loved. Apparently. I don’t know how much of it is true, but it comes across as false. Thankfully the film is only a little bit more than 90 minutes, which almost seems strange to have it so short despite being a presidential bio film.

For LBJ, stay for the acting, but maybe read up on a history lesson to get a more complete view of the man that isn’t bogged down on specific themes.