Hello, My Name Is Doris first premiered at the Austin, TX SXSW festival in 2015. And it took a whole damn year to come out. Literally, the 2016 SXSW is closing as this film is starting to get its nationwide release.

Some film companies really like to take their time I guess.

I didn’t know a whole lot about the movie going into it. I just knew it had Sally Field, who has barely been in anything lately. Outside of a TV show, she had three recent movies, a couple Spider-Man films and Lincoln. Her last movie before that was all the way in 2006. I have to assume she is getting close to retirement, or she doesn’t need the money and only wants to work on things that look interesting to her. Not Spider-Man though, because she apparently only did it for a friend and didn’t for the films that much.

But hey, at least she isn’t going the Robert De Niro route and starring in every shit film known to man. 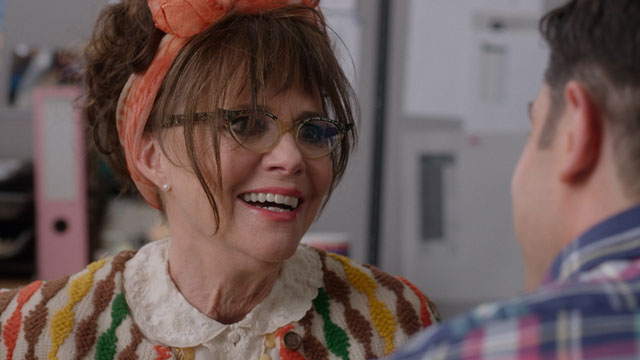 Love can do strange things to a little girl.

Doris Miller (Sally Field) is in her mid-60’s and she has just lost her mom. She has lived with her mom her whole life in the same house on Staten Island. It is a bit inconvenient, as she has to take a ferry to work because of it. According to her brother (Stephen Root) and his wife (Wendi McLendon-Covey), their mom was a hoarder and it makes Doris a hoarder too. They also want her to move out of the house, the one she has lived at for over 60 years taking care of their sick mother on her own, so that the junk and house can be sold. She can get a cheaper smaller place in the city and not have a huge commute to work! Well fuck that.

Speaking of work, she is an accountant/data processor type person, in a fresh hip magazine company thanks to some mergers and acquisitions. On the stuffed elevator, she meets John (Max Greenfield), a friendly person who happens to be squished up against her, and sure enough he is a new art director in their company! And he is so dreamy. She starts to day dream about him, despite the serious age difference. She wants him.

And after meeting a self help guru (Peter Gallagher), with her best friends Roz (Tyne Daly) and Val (Caroline Aaron), she decides that anything is possible and she should work for it. She deserves love after all this time, and she deserves John. 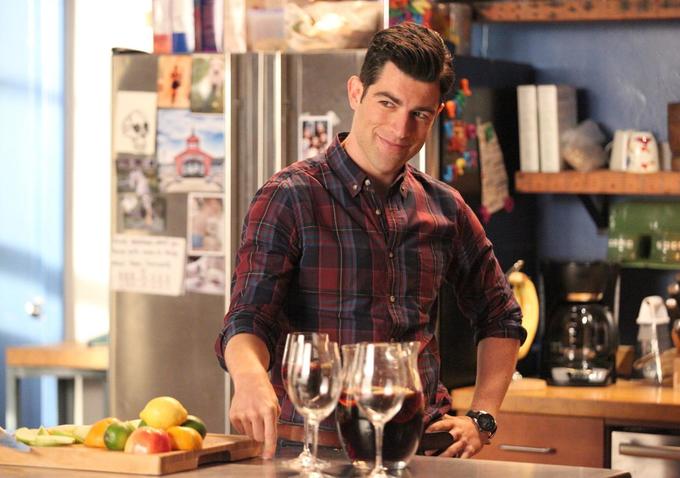 He is so god damn charming in this movie. The opposite of his New Girl character.

Squeee, what a cute and cringey movie. Doris is the best character Sally Field has played in YEARS, and no just because she has barely had any roles over the last decade. It has been so long that I have forgotten that Field has won Best Actress twice in her life (in the 70’s and 80’s) and just now associate her as a once great actress who shows up every now and again. But she wasn’t just a great actress in the past, she is still a great actress now. Doris is an amazing character and she is brought to life by Field in an almost magical way. Her performance was funny and sad at the same time. Not super realistic for the most part, but the situations she was in and how they were handled were realistic. It would be impossible for a viewer to not join her on the roller coaster of emotions and feel the way she feels.

Hell, the film even did a good job at subtly letting the viewer really see how hoarding takes place. She says at one point that every item has emotional value and a story, but we are allowed to see that play out naturally with just a single broken pencil. One woman’s junk is another woman’s purpose.

The supporting cast was also noteworthy. Greenfield showed that he can play non-douchey roles and can be a multi dimensional character. But even more of a stand out was Daly as Doris’ best friend. She was about as unique as Doris with her own weird quirks, but together they made an incredibly believable performance of two women who have been best friends for over half a century. You could tell they both cared about each other and it was an exciting side arc to see along side the main story.

Field was great in this film. She deserves an acting nomination most definitely, despite coming out so far away from the awards ceremonies. You will laugh, you will almost cry, and you will cringe from all of her mistakes.