Fright Night! Rawr vampires! This is of course a remake of a movie with the same name. I don’t know anything about the older movie though. Besides it also had a “comedic” element to the horror trope and was self aware of that fact. I am sure it is a fine movie, and I have probably seen a few parts of it before on TV. So I think I would rather just assume that this new version and the original are only similar, and not actually alike.

After all, this movie had to come up with a reason why cell phones do not work. 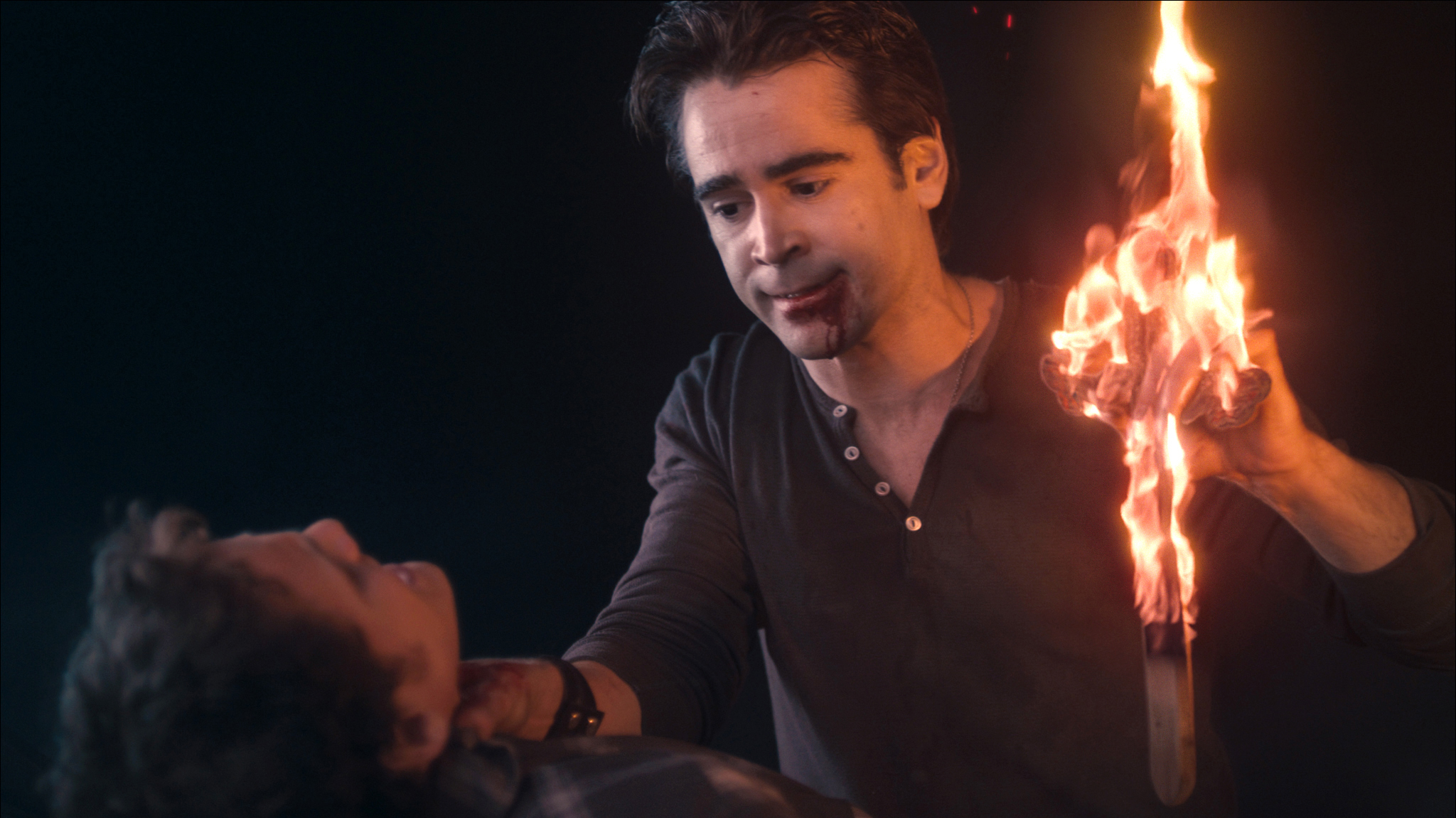 “WHAT DID I TELL YOU ABOUT ROAMING FEES?!?

The movie begins with a death! After that, yay school. Anton Yelchin is the main character, who used to be a big nerd but now is trying to be all “Cool” and shit. His old friend, Christopher Mintz-Plasse, thinks that their third friend not showing up to school is a bad sign. He thinks a vampire got him! But Yelchin is too cool for vampires. He doesn’t listen to him. You know. Until Chris also disappears.

So he starts to get all paranoid. Could his neighbor Colin Farrell actually be a vampire? (Yes). I know I know, its crazy. He is way too charming to be a vampire.

Unfortunately, of course, no one believes him either. Not even Peter Vincent (played by everyone’s favorite new doctor, David Tennant), the bad ass vampire hunter on TV and in Vegas shows.

It isn’t until Colin openly attacks his home, with his mother, Toni Collette, and girlfriend, Imogen Poots (can we all laugh at her name for a second?), inside does he finally get any help.

Now, I am not one for normally watching “Scary” movies. But the new releases this week were not plentiful, so I gave it a chance. This movie is definitely not scary, but more kind of bad ass. It was very very entertaining. No one is going to win any best actor/actress awards from it, but you will definitely have a good time. 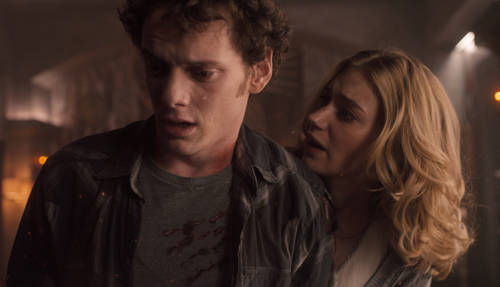 Here is a scene of people not having a good time.

Honestly, all the vampire tropes you want will be in this movie. They didn’t invite a new vampire or anything silly. I was surprised at how much was actually packed in the movie. Halfway through, I thought the film was climaxing, but it got more and more intense instead. Which definitely was a good feeling.

I don’t think you will leave feeling screwed at the ending either. The worst part of some movies is the buildup of how powerful the bad guy is, but in the final fight something easy takes him down due to cockiness or love or something. But in this movie, the vampire proves he is a badass, and the final fight is actually worth it.

Probably would have been better if I watched this at night, instead of noon time though.