Coriolanus gets the disctinction for being another movie that took me a long ass time to watch. It came out roughly the summer of 2012, and I got it then too. Just. Never. Watched it. Shit, my parents watched it right away, and somehow I just forgot about it. Well, the opportunity came up for me to watch it on Blu-Ray instead, so I rented it, despite owning it. Why? Because then I had a time limit to watch it! If I didn’t watch it before today, I would have wasted money.

I can’t be wasting money. Unless you call renting a movie you own anyways wasting money. Remember when I said I forgot about it? I mean literally forgot that it existed. Whoops. Fuck. 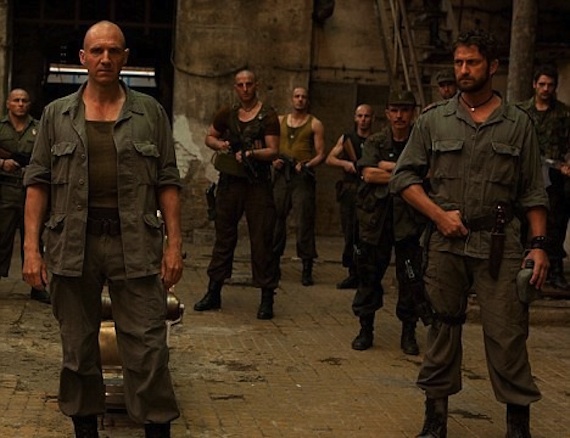 Never forget about Voldemort and The Phantom. They don’t take kindly to that.

Initially, the plot description confused me. “A banished hero of Rome allies with a sworn enemy to take his revenge on the city.” Alright, a period piece in Ancient Rome, sweet! But when I saw the pictures, I saw modern looking stuff. I forgot that Rome was still a city in Italy, so I guess that is what is going on with it?

Nope, Coriolanus is a Shakespeare play. Should have guessed it. Directed by Ralph Fiennes (his first ever director role), this is one of those modern Shakespeare plays, which I guess will get me prepped for when I finally see the new Much Ado About Nothing.

Caius Martius (Fiennes) is a great Roman warlord, who kind of hates the Romans themselves. He finds the plebians to be silly. But he kicks so much ass, and wins so many fights he eventually wins them over. Heck, he also almost takes out the nearby Volscian army, lead by Tullus Aufidius (Gerard Butler). They both survive, but it is clear Rome won the bout overall.

Eventually he wins the public over and decides to run for Consul, the leader of Rome. The senate fears his power though, so they begin a smear campaign against him, attempting to turn the public against him as well. Caius has quite a temper, so he eventually gets pissed off, curses everyone and quickly gets branded a traitor and exiled out of Rome. Surely they won’t regret sending out one of their greatest generals, super pissed off, out of city gates? I hope he doesn’t get the urge to come back…with force.

Jessica Chastain plays his wife, and Vanessa Redgrave his mother. 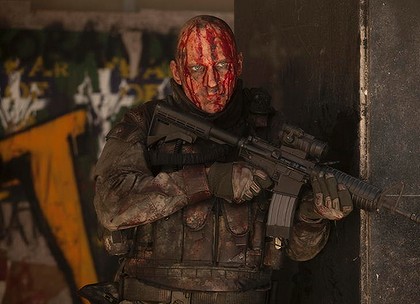 Oh shit, he is really really mad. Rome is totally going down.

Shakespeare. Are you familiar with his words? Well, for the untrained, it is easy to get lost in the words and get confused, which is why I watched the movie with subtitles.

Coriolanus presumably follows the script to a letter, which means the movie feels overly dramatic. There is a lot of monologue-ing and yelling by the various characters. Lots of yelling, because that means passion, and everyone is passionate in a Shakespeare play.

Which felt really annoying. Overall, Coriolanus is good in that it is trying something new. There are other modern Shakespeare things, but they usually never work for me. This one was different enough that it seemed to be okay they were speaking in such strange ways but with guns.

But the story itself is a let down. I guess I could blame that one on Shakespeare. It wasn’t one that kept me interested. Way more talking and not enough doing. Interesting movie to see once, but ehh…