I honestly don’t know what to say about $5 A Day based on what I guessed it would be about. Maybe prostitution. Very cheap prostitution.

But that is my go to thought for all films I’ve never heard of. 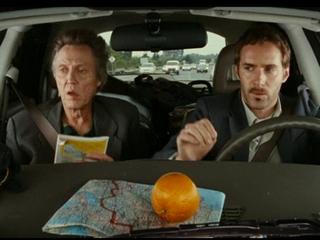 Oh well maybe its a ROAD TRIPPPP. With prostitutes?

Ritchie (Alessandro Nivola) is a health inspector and living the life with his girlfriend, Maggie (Amanda Peet). Nice. Good job, good pay, good living. Until he gets fired for lying on his resume about spending some years in jail earlier in his life. Maggie didn’t know this either, or that he lied about his dad being dead. Because he isn’t dead! Just dead to him. Something poetic. So Maggie leaves him too.

Apparently his dad, Nat (Christopher Walken) is dying from a tumor, and doesn’t have long to live. But he is apparently a bad guy, who has conned people his whole life. He even gets buy spending at most $5 a day, pretty nice. So Ritchie flies from LA to Atlantic City to be with his dad, who convinces him to go on a road trip to New Mexico for a potential cure. Oh fine.

Just along the way they have to drive in a sweet’n low car, and get free gas as long as they stop at Chevron stations. With hundreds of fake IDs giving him pretty much every birthday of the year, they are able to strategically eat at IHOPs for free! Crafty guy. Along the way they stay in abandoned houses, con some more people, run into their old baby sitter (Sharon Stone) and maybe even get lots of cash over a question of paternity.

What? Could Nat maybe not even be Ritchie’s real father, an exceptionally long con? 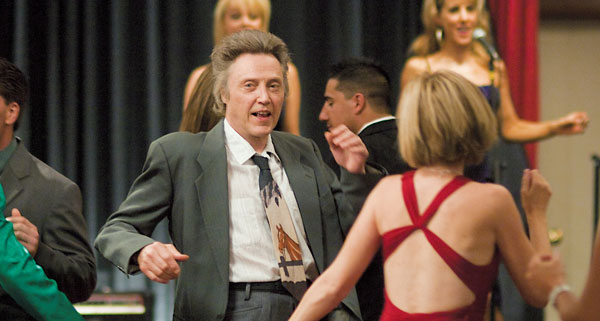 I bet when you saw Walken’s name, you knew he’d dance at some point in the movie.

TL;DR Version is this is a road trip movie about a dad and son, before the dad dies, rekindling their relationship, and also shenanigans.

But really I didn’t find it entertaining at all. Lots of cons happen, but to normal regular people who doesn’t deserve it (it feels like). So the main guy is just a jerk, and his son is a jerk too by helping. And that is about it. A 90 minute movie about jerks jerkin’. Yes, I do have a way with words.

This is just more of Christopher Walken playing the stereotype of himself, I think.