On the second night of Fantastic Fest my screeners gave to me, a film with a non-descript title!

Girl premiered on Friday, September 25, the second night of Fantastic Fest, but the review is coming late (despite me watching it early) because I wanted to also be able to link a review with the director. That interview is here.

Girl is unique in that out of all the movies coming out this week for the festival, it already has a publisher (out in November) and actually has some actors your are likely to recognize! And that probably makes it the most hyped up film of the festival.

This is the most non-descript Thorne has ever looked.
Girl (Bella Thorne) travels home. Girl has letter. Girl mad at someone? Girl mad at daddy. Girl want kill daddy! 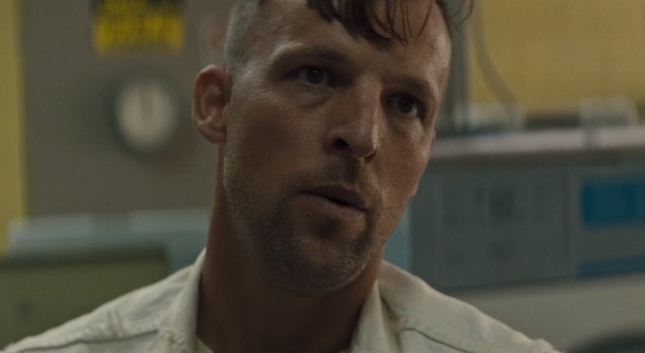 A lot of zoomed in faces, what is this, Les Miserables?
Girl gives off a real small town vibe in a few ways. One, small amount of locations. Two, the locations used are run down. And three small amount of characters.

Speaking of characters, they all are not given names that are given to us, but referred to by other things like Girl, or Charmer. It gives a unique “everywhere” feel to the film, and lets you insert your own character names into the roles if you’d like. It also makes the IMDB page for these actors look like they did when they first were getting roles in tv and film.

The story for this movie is really simple, but one that has emotional weight. This is all mostly due to Thorne in the lead role. I know she has a lot of flack lately for various reasons, but she does nail this role.

Given the simplistic nature, I did want something a bit more overall still. I personally could never feel attached to the store and only maintained a small interest in its resolution. I needed some other hook to really go hard with the emotional journey they went on.

It definitely is a film with promise and does a lot with its presumed limited resources at the disposal. And worth it for those fans of Thorne.