Footloose is the (hopefully) obvious remake of the classic from the 80s. It was the movie that arguably put Kevin Bacon on the map as a future movie threat. Could this remake do the same thing for Kenny Wormald, whose previous roles included “Dancer” on You Got Served and “Dancer” on Clerks II? 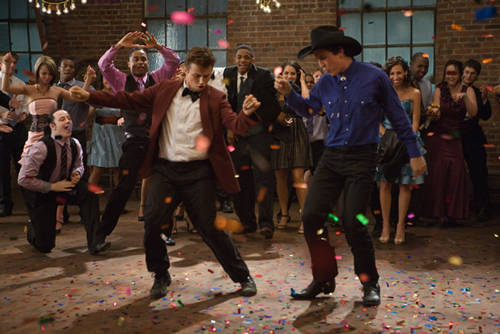 You better be looking at the guy in the pink.

Kenny plays the lead, not Zac Efron as originally planned (because he didn’t want to be typecasted? Too late).

Movie starts out with people drinking and partying. They are even dancing to the Footloose song. Bitches love that song. Then they get into a car wreck, accident, and the car literally explodes. It is so ridiculous looking. Because of this, the town council, lead by pastor Dennis Quaid, initiate a curfew for the people under 18 in the town. Not only that, but they ban drugs and alcohol (dumb, because that would already be illegal), but dancing. Logic is in there somewhere, try and find it. His wife is played by Andie MacDowell.

Three years later, Kenny comes to live with his Uncle who works a repair shop, all the way from Bawston. He fixes up an old beetle, drives around listening to rock, and yes, gets a ticket. Loud music is bad here. All the adults think he is a bad addition to their community. He almost gets in a fight with a redneck right away, but the guy instead ends up his loyal friend, played by Miles Teller. He can’t dance.

He also meets Ariel (Julianna Hough) the daughter of the preacher man, and her kind of boyfriend, Chuck (Patrick John Flueger). Can he get through his senior year without getting arrested? Can he lift the dancing ban? Can he get it on with the preacher’s daughter? If you’ve seen Footloose, you already know. 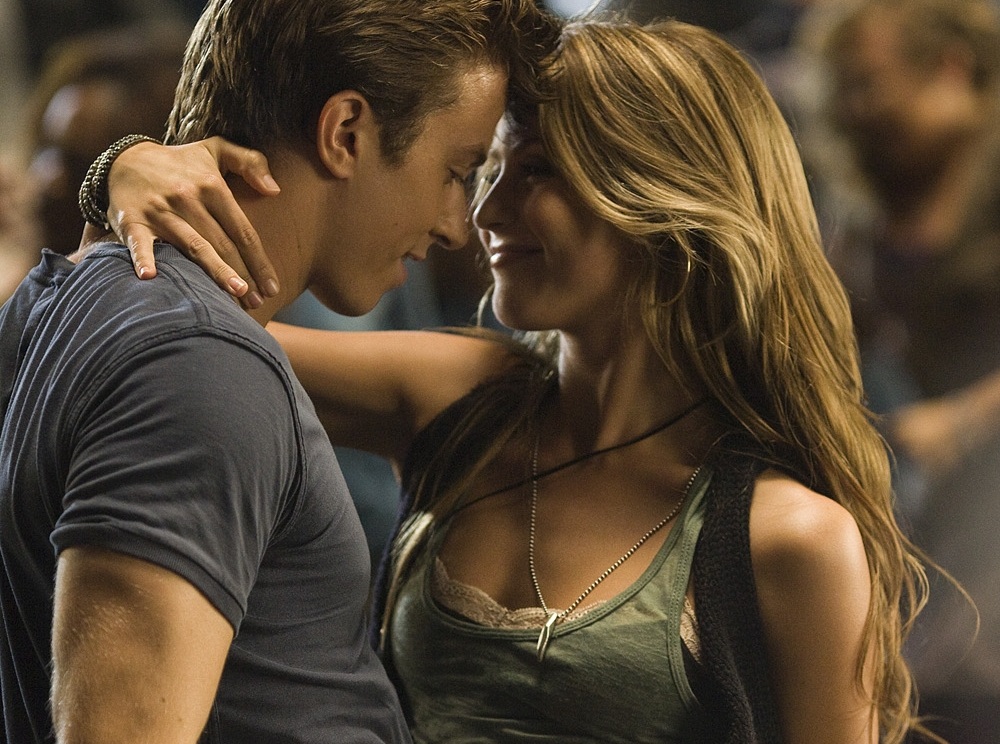 But for real. The plot is pretty damn similar to the original footloose. All the characters even have the same name. The reasoning for the ban is the same, as are the relationships. What is different?

Well uhh. I think this one had more hidden dance scenes than the first footloose, cant remember. In the original, he moves out here with his mother, and his “bad ways” hurt his uncles business. In the new one, he moves out here because his mom died of cancer, and his uncle is always on his side (and no talk of hurt business).

He is still a gymnast in this movie, but the town has no gymnast team. He still does the “angry dance”, and the prom is still held in the same place. Little bit different stuff with the pastor again.

Kenny is not as charismatic as Kevin Bacon though. He does an okay job, but hard to live up to that role. I was really impressed with Miles Teller, playing the “can’t dance redneck friend who eventually can dance”. And dance could he. Took me awhile to ealize that yes, I had seen him in a movie before. He was the “kid” in Rabbit Hole, my first 4/4 movie on the site.

But overall I feel like this is a pretty enjoyable movie. I was surprised to find it as a PG-13, but when I noticed the language and sexuality, it made sense. The dancing was great, song choices okay. Nothing I hated. The “line dancing country bar dance” was one of my favorite, and of course everyone flipping their shit at the end of the movie.