White God is another foreign film, complete with subtitles, which continues to make Gorgon Reviews a place where people can come to learn about other cultures.

It is Hungarian, and actually came out two years ago. That’s right, it attempted to get a nomination for Best Foreign Film for movies in 2014, not the most current one. The last one had Son Of Saul take the award, also Hungarian. However, White God didn’t even earn the nomination.

You see, White God is a dog movie. You know, like the recent shitty Max. Or My Dog Skip. Or Marley and Me.

Although this contradicts what I just said, White God is not your typical dog movie. On IMDB it lists one of the genres as horror! I disagree with that, despite some slightly scary scenes. But it isn’t the level of Cujo. It is a strange mix of everything. 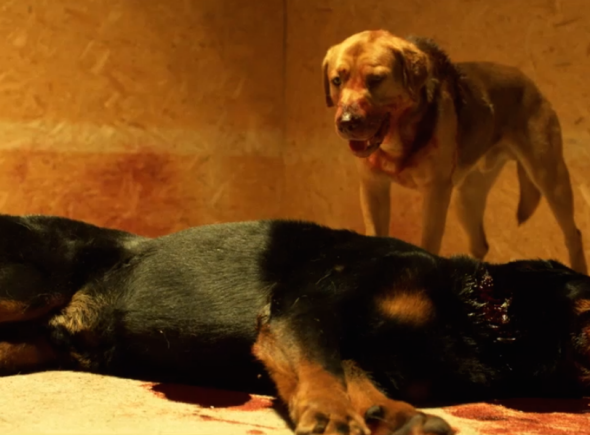 It’s a dog eat dog world out there. Literally at some points.

In Hungary, they have a stray dog problem. Roaming the streets, doing bad things. So they have recently gone stricter with their laws. More dogs are being caught to be killed. If you have a mixed breed / mutt dog, they assume it was one from the streets and you have to pay some sort of heavy fine to keep it. That part seems fucked up, but I don’t want to research everything about it.

Lili (Zsófia Psotta) has a mutt dog, Hagen, and she loves him so much. She has had the dog for awhile when she lived with her mom, but her mom is going away for three months so she and Hagen have to live with her dad (Sándor Zsótér).

That’s right, dog too. Well, her dad hates his ex-wife, but likes the daughter enough. However, he doesn’t like the dog. Nor do the neighbors, who claim the dog bit them despite no problem. He refuses to pay the fee when it isn’t his dog. Presumably the ex-wife paid it, but no one would know that. It makes sense that this would make him angry, but I would assume she would pay him back when they get back. Oh well. Needless to say, the dog causes issues, so despite what Lili wants, her dad throws the dog in the street while they are driving around.

Sure Lili goes back for him, but he is already gone. He ha joined with other stray dogs. He eventually gets adopted by a homeless man, who sells him to a dog fighting circuit. Yeah, that is shitty.

Not to spoil it, but it is important. Some bad things happen to the dog, but eventually he escapes. He escapes with a hundred or more other wild dogs, who then roam the streets, causing mayhem. But they aren’t like a riot, they are like a well organized army, and Hagen has some people to get some revenge on. Just hope he remembers it wasn’t Lili’s fault he was left on the street. 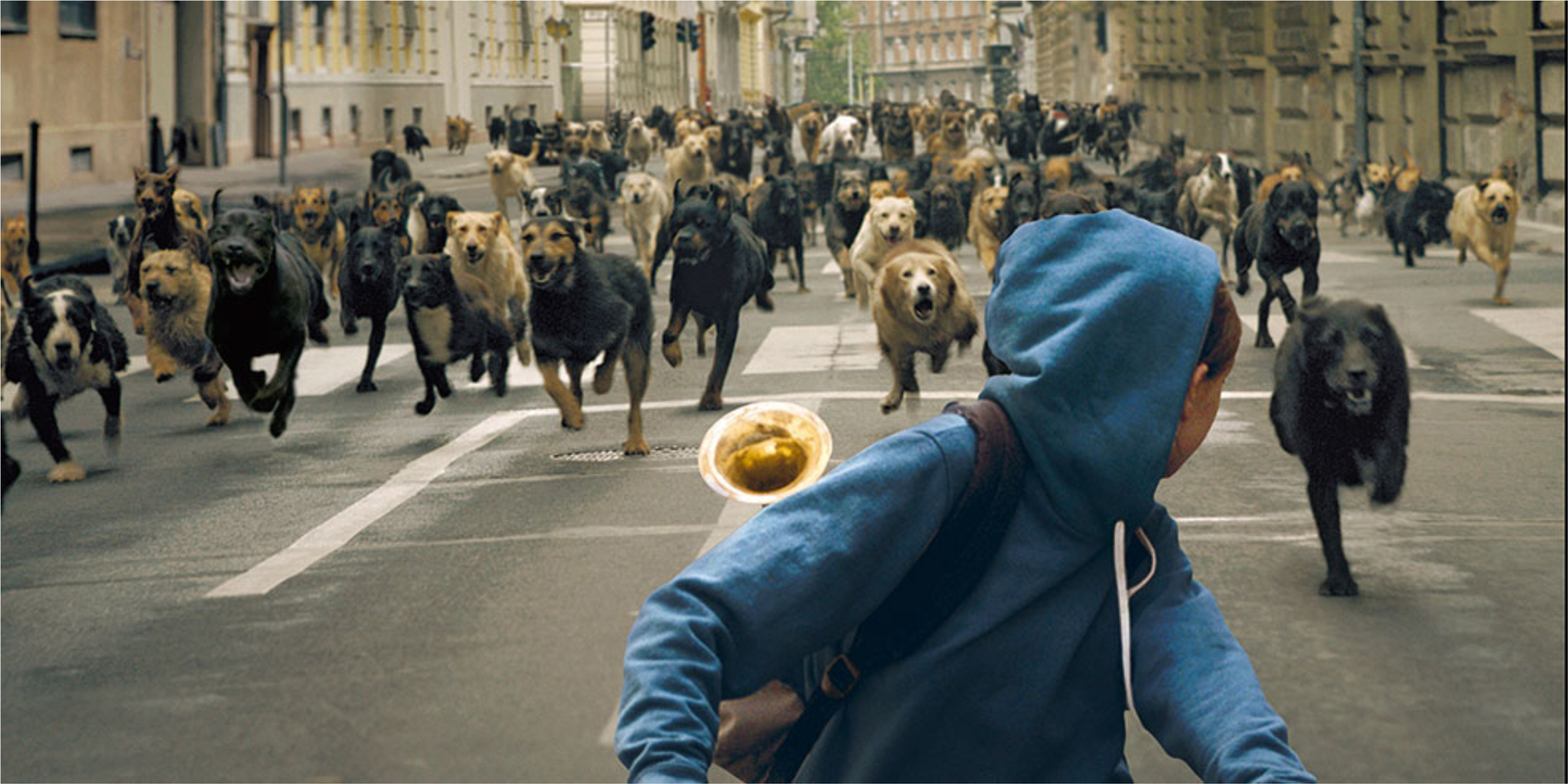 “We like to have a lot of laughs on the racetrack, but today we wanna talk about something serious: Packs of stray dogs that control most of the major cities.”

Look at that above picture. Look at it. That is a whole lot of dogs! Over a hundred! And every single dog in this film is real. There are no dog puppets, or dog CGI, or dog special effects. Each dog, a real dog, and the filmmakers really let lose all these dogs to run the streets for the incredible shots. That is fascinating and risky, but it pays off wickedly.

And our main dog Hagen is played by two dogs in the film. It is incredibly hard to work with animals, so I cannot imagine how many takes some of these takes took. But Hagen did a lot on his own, before wild pack leader, and it is still a sight to be seen.

In case you couldn’t tell though, these dogs kill people. So a few times there are very unsettling attacks, and one scene in particular alluded to it being like a zombie attack. Citizens were just trapped inside, but for the truly bad guys, the dogs found a way.

And really, the film is about a girl and her dog. Both of them outcasts, both lacking love in their lives and feeling like no one cares about them. It is their connections that bring everything together by the end, while also allowing a lot of uncertainty to keep this in the non-typical dog film territory. Or terrier-tory, if you will.

Above all, it is just all sorts of weird. I think I wanted more dog story than Lili story by the end. Her tale (tail?!) felt a bit repetitive and was a much more expected arc. But mostly I just want to remind you to spay and neuter your pets.