Skip to content
HomeUncategorizedSpy Kids: All The Time In The World

Spy Kids: All The Time In The World! Yeah! The Forth Spy Kids Movie! I will let you know that I did my research before this movie. I “watched” all three Spy Kids movie the week before this one, just so I could “get” it all. After all, the poster confused me. Jessica Alba and Joel McHale? That’s weird. They aren’t in the other movies. It also said the “Spy Kids” from the previous three movies were in it, but not on the poster. Some other jerk kids.

But unfortunately, the other three movies don’t matter for this one. 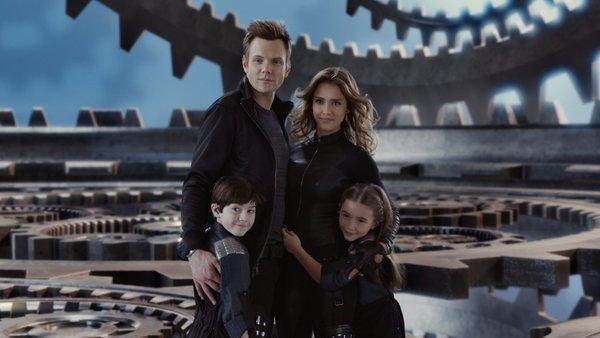 Plot? Uhh. Time! Someone has the ability to speed up time and time travel and other shit. Chaos ensures! Instead of adapting to the changing of time (despite not aging faster, just shorter days) people flip out about deadlines approaching. I think eventually they are supposed to freeze, because time is going so fast? Thats vague. Right.

Jessica Alba! She is a spy! And pregnant. After stopping crime on the way to her delivery, she retires. She marries Joel McHale who has two kids already in his past marriage. In fact, the kids are aged appropriately to be called kids for a least a few films. Handy right?

Joel is not a spy. But he is a fictional / real spy hunter on TV? It is confusing. Like, he has a TV show, I thought it was fake, but it could also be a real life documentary thing, like all of those dumb shows, following around jobs. I can’t believe people watch it though, since he doesn’t do anything? As far as I can tell.

Blah blah blah. They have to become spies accidentally. Also a talking British robot dog. It is Alexa Vega‘s fault, since she obviously thinks kids should be spies. The head of the spy agency is Jeremy Piven (but acts nothing like Ari Gold). Eventually Daryl Sabara shows up too, to help. Dude keeps retiring and rejoining (based on Spy Kids 3).

So yeah. That is about it. Cool new gadgets. Cool new set of kids. Cool new way to make more movies and money grab. The story was okay, full of normal kid super hero cliches. But making the Baby randomly powerful and a spy too was just too much. The ending was super corny too. Also, super-baby looked ugly as shit. Just sayin’.

Out of the other Spy Kids movies, I’d rate 1 and 2 a 1, but Spy Kids 3 was a solid 2. It involved going into a video game to save the world. Despite the fact that the creators made it seem like they’ve never played an actual good game before, it had a good enough story, and funny movements to be an okay movie.

This one does not. 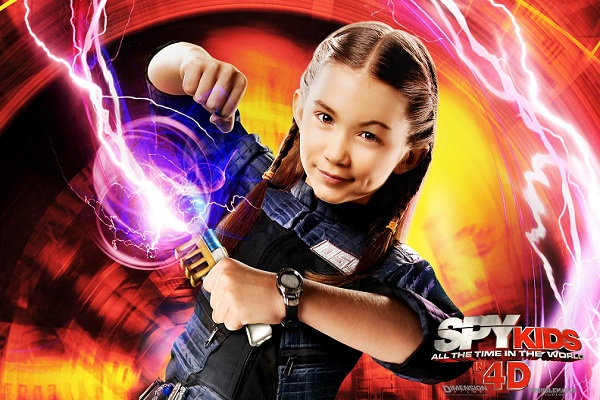 Probably because the new chick has those dead eyes that look into your soul.
1 out of 4.
Tags:1 out of 4, Action, Alexa Vega, All the Time in the World, Daryl Sabara, Jeremy Piven, Jessica Alba, Joel McHale, Spy Kids