Thor films are weird. And not just because their current director, Taika Waititi has a weird sense of humor.

Each Thor film, individually, is a little weird and out there. It fits in awkwardly in the MCU, and they are embracing that more and more. He is someone very strong and can handle a lot of issues other heroes might end up solving, so they need to find places for him to be.

You know, Lady Thor. In the comics, Lady Thor was also Jane Foster, and it was a shocking reveal at some point. Even when this was happening, people assumed it was maybe done to eventually get Natalie Portman to play her in a future film. Lady Thor comics were met with anger by some comic fans. Was it sexism? Or was it their actual argument about the Thor name? Who knows, probably the former though.

Either way, I know I was excited to see her. Let’s have a relationship dynamic where the power levels are less one sided, for sure. 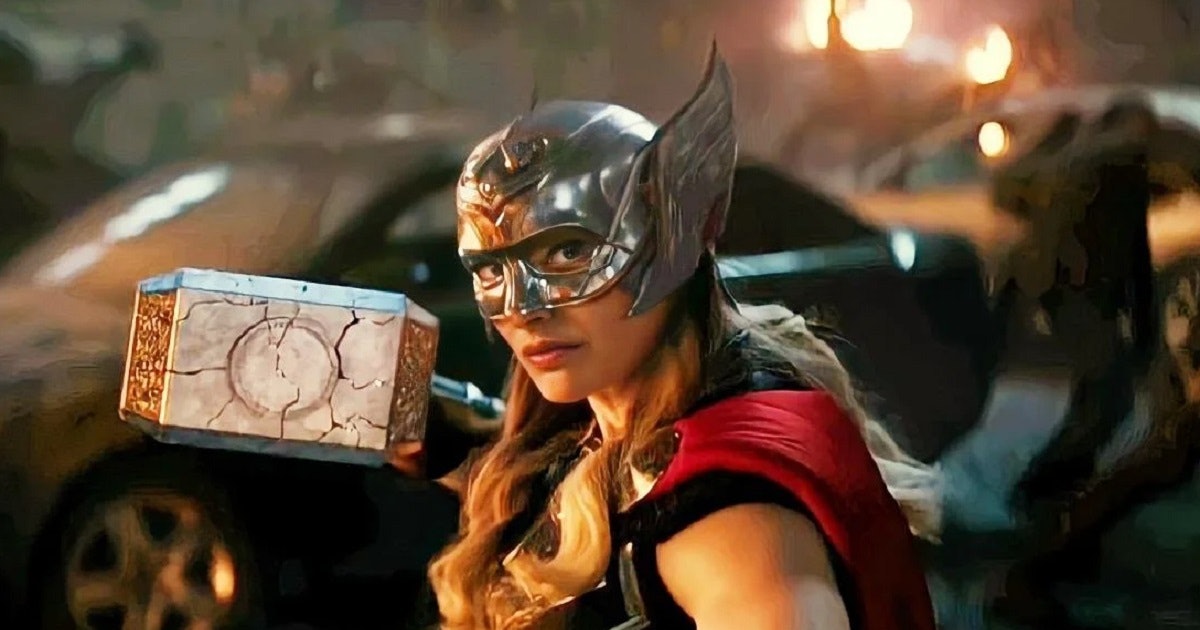 And she wears that helmet so fucking good.
Life has been hard for the Asgardians. Most of them are living in New Asgard, maybe they are poor and weak, maybe not. Depends on the movie’s plot need. Thor (Chris Hemsworth) is actually off planet, and traveling with the Guardians of the Galaxy, helping people out, when appropriate, totally having the time of his life. Totally.

But a lot of calls start coming in from a lot of different areas. Messages of gods that various communities worship being slain by a shadow warrior wielding an ancient, god-killing blade. Looks like some strange entity named Gorr (Christian Bale) is off god-butchering, which is scary for a few reasons, especially for Thor. But who cares about fear? Thor cares about love.

And love that has got away. Like Dr. Jane Foster (Natalie Portman), who is back on Earth, dying from a cancer without Thor knowing any of it. But Foster has a plan. If modern medicine is going to fail her, then maybe some Viking Space Magic will get the job done? If she can fix and wield Mjolnir, she can have great health and strength, fixing her condition. 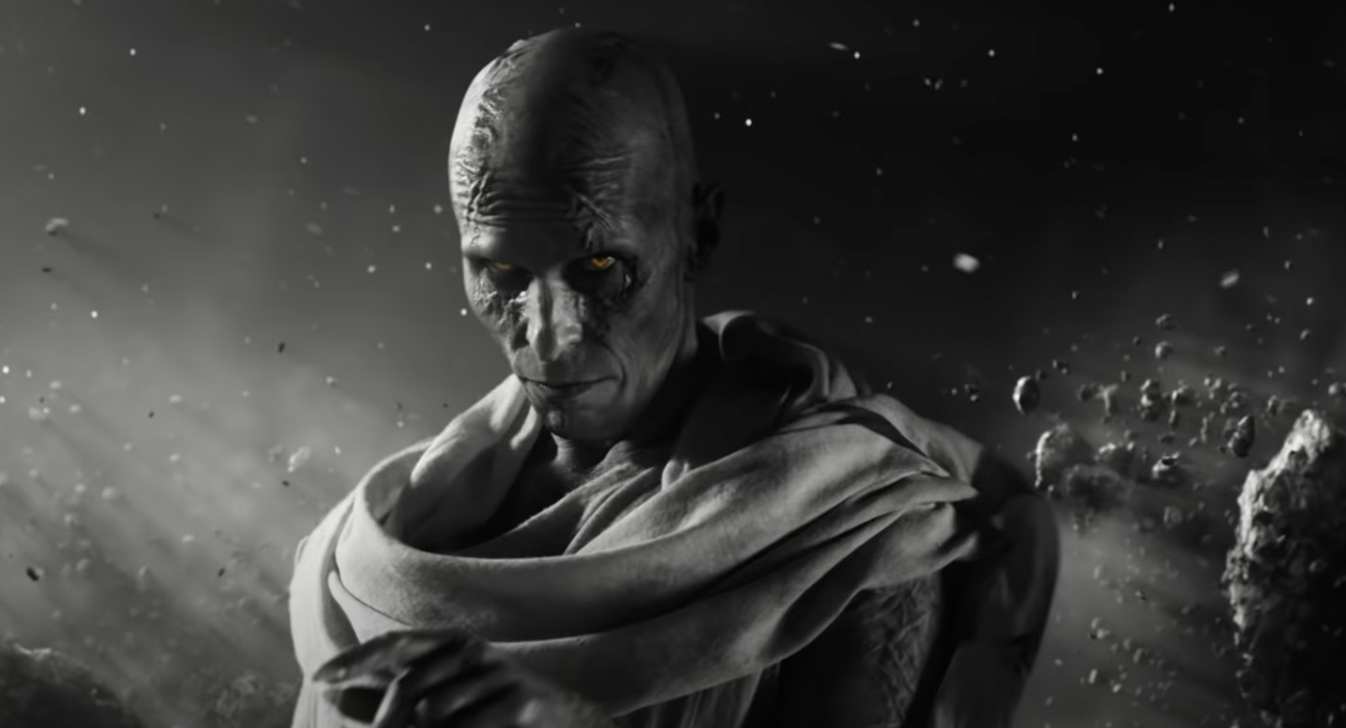 Oh shit, Gorr butchered the god of color it looks like.

I love Thor films, I really. He was my favorite marvel superhero (after Spider-Man, of course) growing up. Hemsworth is a wonderful Thor, and he can just do it for 30 more films, honestly. But Love and Thunder needs to be compared to Ragnarok, which most would say is the best Thor film. It for sure should be compared. And I think it would be hard to argue that it is better than Ragnarok.

When just comparing the two, Ragnarok is funnier, and has some really great story attached to it, and a lot of surprises along the way. Love and Thunder is sadder overall. I think I cried twice. But at the same time it also tried to be a big comedy, but the jokes didn’t land as well. It also tried to be scary. It wanted the best of every genre here, without doing a great job of really balancing these genres, and the tone was strange throughout the film.

Bale was a wonderfully creepy villain. His speeches, his story, we get it. The black and white planet was probably one of my favorite Marvel sequences. But he was extremely underutilized. We see him kill one god early on, as he gets his power, and then never again. We only hear about his exploits. I expected to see more god-butchering, if they wanted to give him that title.

The Foster story is fantastic, beginning to end. Portman actually looks like she is enjoying the movie she is in. She has a distinct personality change when she has the power. I loved the ending. It made me have some feels.

But, so much of the film just also feels rushed and not living up to its full thortential. Some scenes make me confused on how they really made it into an official MCU film in terms of overall quality. Some jokes are just completely rammed into the ground.

I still liked it, I still had fun, and I still cried. I am still excited for its franchise future. I liked the second Thor film, so of course I like this one as well. I can appreciate them trying a lot of different things. I am just still a little disappointed it didn’t give me enough.