The Tourist is the last of the “movies I have been avoiding unreasonably” mini theme that I just came up with. Gotta love an unplanned movie shortage! 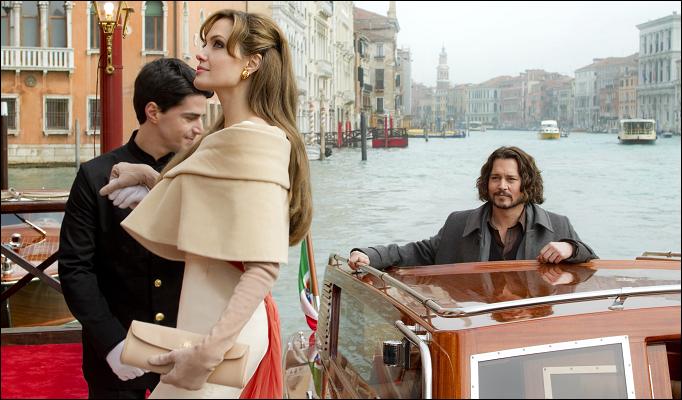 I mean, what kind of outfit is that for boating?

Angelina Jolie is some sort of spy or agent or something. You aren’t sure. It is pretty vague beginning. Maybe she is a bad guy? But she is getting on a train, and people seem interested in what she is doing.

Typical plot line won’t do. Apparently she used to be all criminally with a lover, who owes over 700 million in back taxes. But he doesn’t want to be found, so he spends 20 million on super awesome plastic surgery. Shh. The government knows this too, so they assume Angelina Jolie will lead them to him. She is told to go on the train and find a person of “similar statue, height” and make the coppers think that that is him, so that she can meet up with him later.

So who does she pick? Johnny Depp, a math teacher on vacation (a tourist!) in Italy. He of course thinks everything is awesome. Hot woman who wants to eat with him, and lets him stay in her wtf-mazing hotel? Hot stuff. Until he wakes up the next day with 2 foreign people trying to bust in his door, and get him, because that guy also pissed off foreigners.

Turns out Jolie is also working for the man, to help bring her lover in, for her own safety.

But who is this mysterious man actually? Will Depp get something popped in his ass because of it? Is Paul Bettany really fine being in a movie where he mostly is in a “control room”? 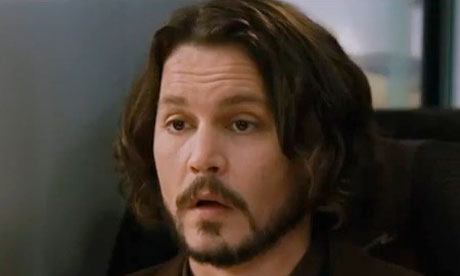 Maybe the power of math can fix everything!

So, a weird thing happened halfway through the movie to me. I realized that I didn’t hate it yet. I also didn’t like it yet. It felt way super neutral the whole way through. I never really felt shocked by the shocking moments, but I also wasn’t mad by the disappointing shocks. I might have never felt more “2 out of 4” for a movie than this one. Seriously.

I can’t even tell if I am recommending it or not.

2 out of 4.
Tags:2 out of 4, Action, Angelina Jolie, Drama, Johnny Depp, Paul Bettany, The Tourist