Unfortunately, we are never going to get the Hellboy 3 he invisioned (now that the reboot is coming), but it seems to me like The Shape of Water is him telling an offshoot Hellboy story without needing Hellboy. Or at least, a prequel about Abe before he joined the B.P.R.D.

And I am a bit annoyed that this review is coming to you so late in the year, well after the wide releases, because I wanted to be in the forefront, waving my del Toro flag around, hoping that my eyes bleed from beautiful awkwardness. 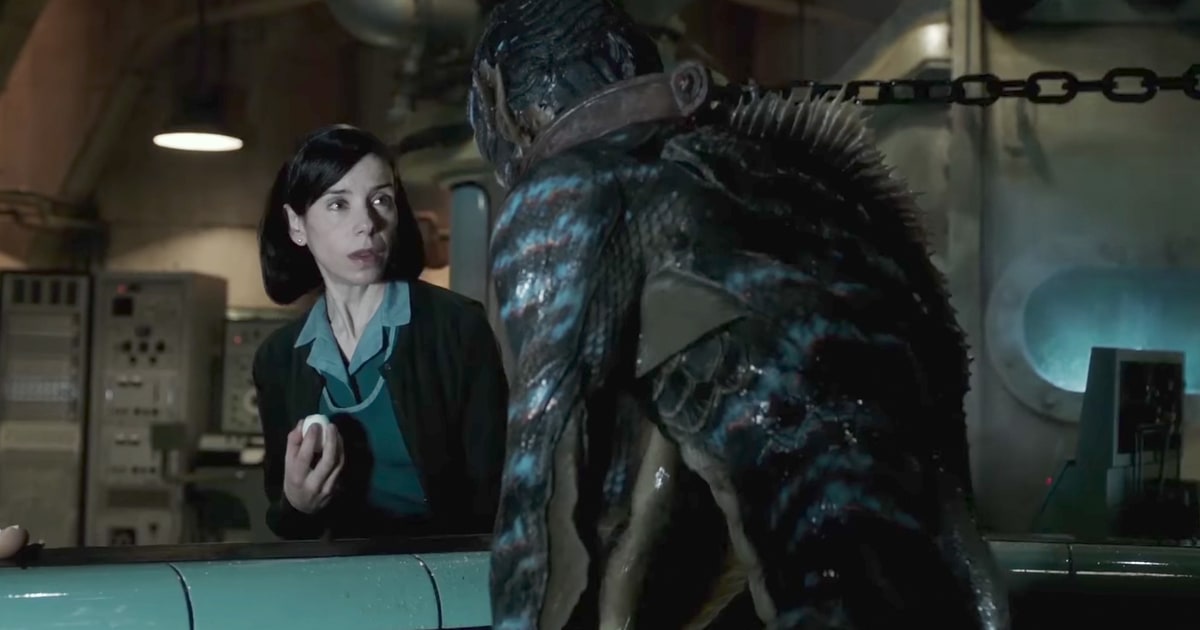 There it is, love at first sight.

She had a friend, Zelda (Octavia Spencer.) who worked with her and did all the talking for the duo. She also had a neighbor, Giles (Richard Jenkins), an eccentric artist who a lot of strong opinions on everything. But she has no one to love, to really be intimate with, outside of the occasional Giles snuggles.

Well, at work one night, a strange shipment comes in, and their head of security (David Hewlett) says it is their most important thing ever! It comes with its own team of scientists, led by Dr. Robert Hoffstetler (Michael Stuhlbarg) and some sort of federal agent, Richard Strickland (Michael Shannon). And sure enough yeah, it is some sort of Creature from the Black Lagoon! Or at least an Amphibian Man
(Doug Jones) from the Amazon Rain forest and rivers where he was worshiped as a god.

Oh fun! A creature that people are afraid of, who is being abused, who also has communication problems and is alone. Well, Elisa seems to have a connection to him. She feels his pain and wants to put him at ease. And when his life is on the line and other countries want him dead as well, she is going to have to put a lot more of herself out there than ever before.

Also starring Morgan Kelly as a below adequate pie flinger. 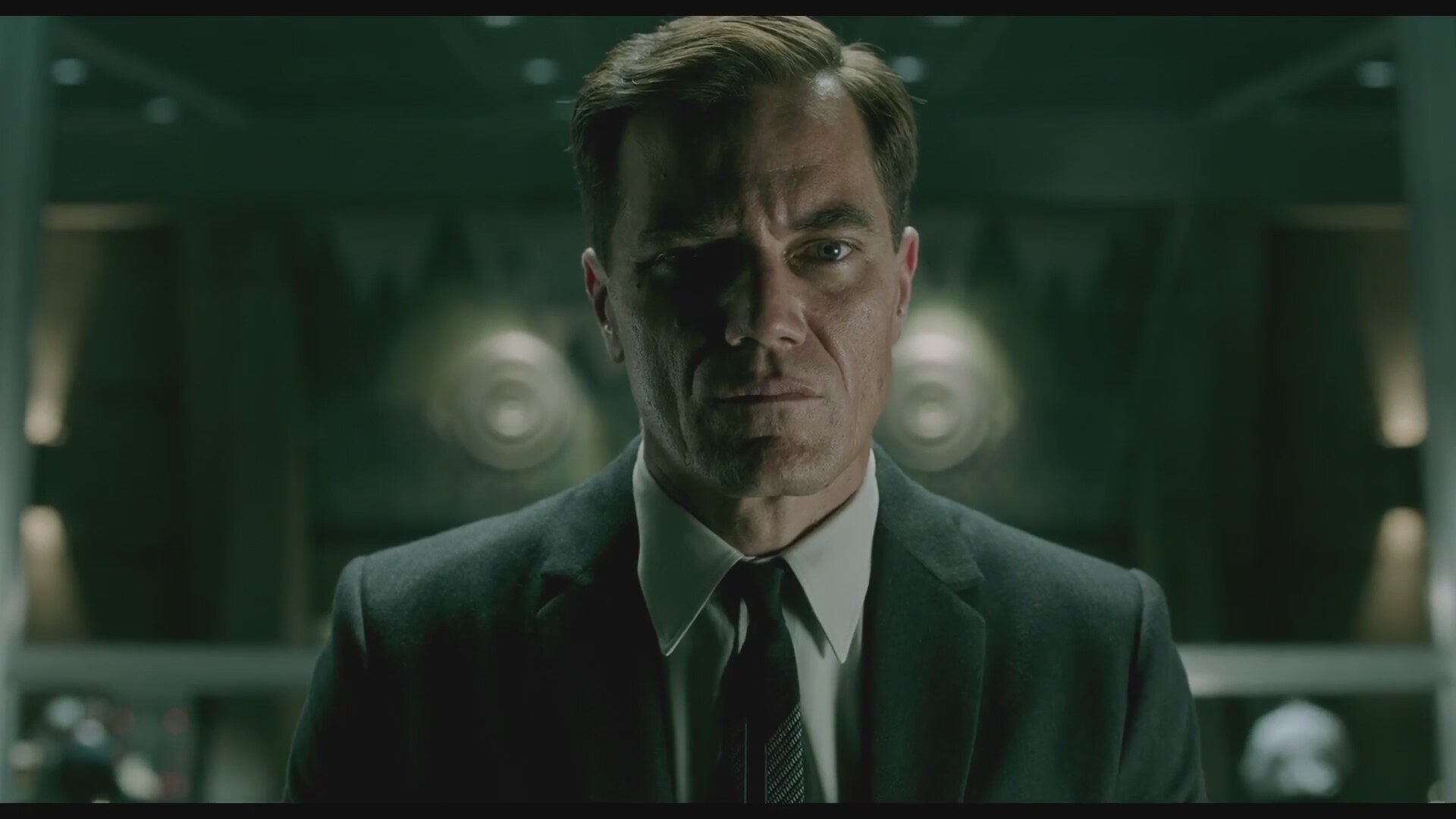 At this day and age, it is very hard to give us a sort of “star crossed lovers” story and have it believable. We get it. People can be with anyone at this point. Romance against all odds.

So what about a woman and an amphibian man. Not a man who turned into a fish creature, but you know, some entity that evolved on its own, completely separate from humans, despite being humanoid. See, this is the new stuff that storytellers need to be tackling, the things that the Republicans have been warning us against.

Hawkins gives an astounding performance as our mute lead, and I am surprised there currently is not a giant campaign against her taking actual mute actresses work, or whatever. She does an amazing job, doing so much with those eyes and her smile. Shannon and Stuhlbarg are a bit cartoon-y, but that is okay given what they end up doing. Shannon’s villainness started off slow but really escalated near the end during the climax. I was very scared in the scene with Spencer.

Jenkins continues his eccentric small characters that he has been doing recently, and Spencer is unfortunately playing a role she keeps getting put into. She needs a better agent to showcase her range instead of the same thing over and over.

The film is stunning to look at, the Amphibian Man is detailed in every facet (and orifice). Doug Jones is finally being acknowledged for his astounding work in the creature field. There are so many positive things to say, but really, just see it for yourself for a different experience.