Skip to content
HomeUncategorizedThe Perks Of Being A Wallflower

When I first heard about The Perks Of Being A Wallflower, I just assumed it was some indie high school coming of age comedy, that would appeal only to hipsters and hippies. Technically my assumption was not wrong. I was wrong to use the word only, because after seeing this movie, I can see how this movie would appeal to everyone. 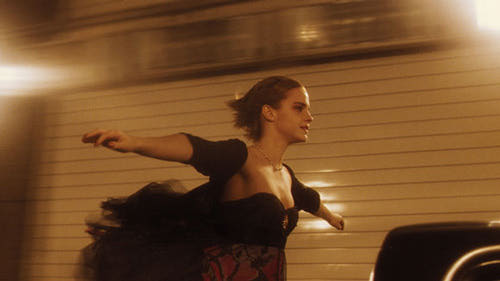 There are many factors that can be attributed to the broad appeal, including this broad.

Set in the 1990s, Perks is the story of a boy named Charlie (Logan Lerman) who is the youngest child in his family and about to start his first day of high school. His older brother is now off to college, and his older sister (Nina Dobrev) wants nothing to do with him at school. She is also busy going through a vegetarian phase with a pacifist boyfriend (Nicholas Braun).

Charlie’s one chance of fitting in rested on the shoulders of the school quarterback (Johnny Simmons) who used to be good friends with his older brother, but still, no dice. Heck, it looks like his only friend will be Mr. Anderson (Paul Rudd), his freshman English teacher.

But then something wonderful happens. He meets strange people. Namely an eccentric senior Patrick (Ezra Miller) who is willing to talk to him, and his step sister Sam (Emma Watson) who begin to introduce him to a world based on non-pop music, and unconventional fun. However, the closer he gets to his older friends, the more they get to learn about how troubled his past actually is and how deep his madness goes.

Sorry, I made that sound like a horror film. This also features Mae Whitman as one of his new group of friends, and Melanie Lynskey as his influential aunt. 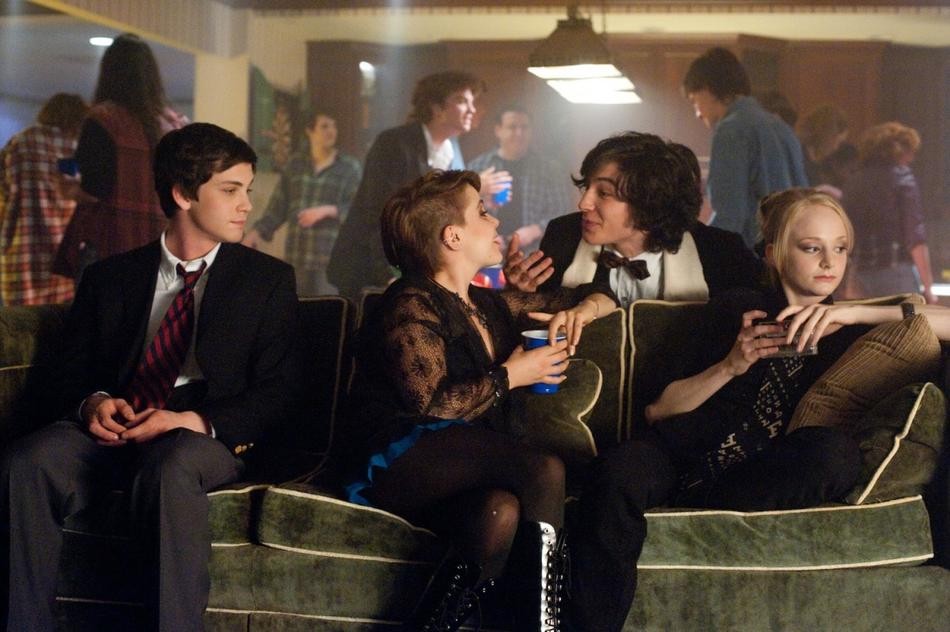 How to be awesome at parties. Find couch, sit, and wait.

The first thing I noticed about this movie is that I knew practically everyone in it. In fact, I’d say some of my favorite young actors have rolls in this movie. Everyone know who Emma Watson is and her famous franchise. I’d say Logan Lerman is pretty well known, as both Percy Jackson, 3:10 to Yuma, and Three Musketeers. But Ezra Miller? Well he was Kevin in We Need to Talk About Kevin, a very upsetting movie and novel. Nicholas Braun has been in Sky High and Red State. If they would have just thrown in a Michael Angarano I might have died from good young actor overload.

But you don’t care about past performances, you care about right now. Well their acting in this movie is definitely top notch. I was surprised at how drawn into the story I became, wanting to know the personal histories of every fictional character. The movie was very relatable, but don’t worry, the events in the film never happened with me. The feelings of longing, love, and loneliness are universal emotions that everyone can say they had their share of in high school.

While watching this movie I can personally attest to crying at least four times in the theater. It draws you in and doesn’t let you go for the entire 102 minute run time. There were probably eighteen people in the theater when I saw it, yet when the credits hit only three were able to get up right away and leave. I’d like to assume the rest of us were just trying to compose ourselves before going back out in public. It wasn’t an entirely sad movie though; half of the tears probably occurred thanks to scenes being overly beautiful.

I felt so strongly about this movie that this is the first time I actually want to read the book that the movie is based on. If you like this movie, I would also recommend It’s Kind of A Funny Story, also dealing with high school depression, but in a much lighter tone.