Although I never listened to the original radio series, or watched the TV series, or other movies, The Lone Ranger himself is pretty ingrained in American Pop Culture. A hero to the old American West, and a franchise that Jerry Bruckheimer has decided to take under his wing. After all, if it proves to be a success, he could release a new Ranger movie every three years, similar to his current Pirates of the Caribbean trek. Just think of how much money Johnny Depp will make from both franchises, too. 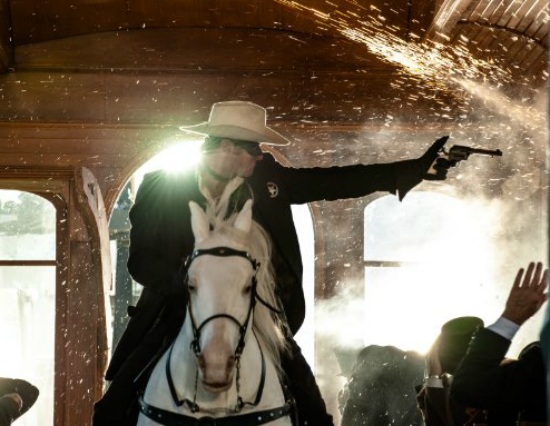 If explosions were dollar bills…

In Colby, Texas, the great American Railroad is coming through, bringing prosperity and happiness to the small town. Their goal is to connect the East with the West. John Reid (Armie Hammer), a district attorney from the big cities, is returning to his hometown to reconnect with his brother and brother’s wife, Rebecca (Ruth Wislon).

What poor John did not know, is that also on that train was famed bandit cannibal Butch Cavendish (William Fichtner), who is finally going to be hanged for his crime. There is also this Indian named Tonto (Johnny Depp), but he is a bit more mysterious. After a train robbery, Butch is back on the run, and it is up to John Reid, his brother, and a gang of lawmen to bring him back for justice.

Until something goes wrong. Terribly, deadly wrong. Somehow, John is saved, and Tonto explains to him that he is a spirit walker, who cannot be killed according to his beliefs. Tonto also wants to bring Butch to justice, so they team up to right wrongs and save the day! Speaking of trains, Tom Wilkinson plays Cole, the railroad tycoon, and Helena Bonham Carter a bordello mistress. Fun fact, this is the first time Carter and Depp have been in a film together that was not directed by Tim Burton. 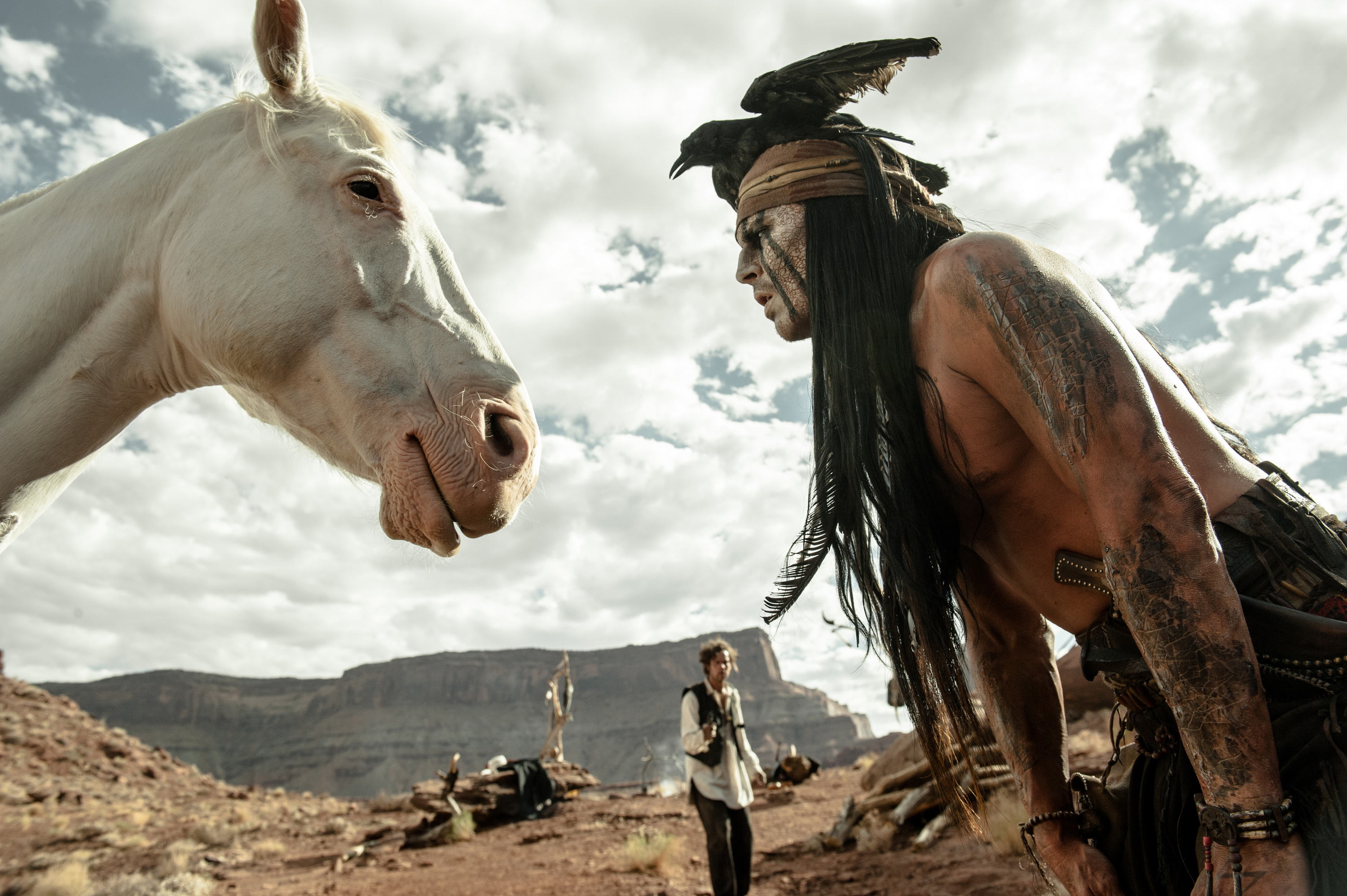 It is also the first time Depp has worked with this horse.

After watching The Lone Ranger, I really just want to listen to famous, old classical music. Major props to Hans Zimmer for rocking out another great movie soundtrack, something I don’t bring up a lot in my reviews.

I will start with the negatives first. This movie is 149 minutes long. What! A lot of the film is set up, in order to introduce us to the character before he dons the mask, a little bit about Tonto, and a whole lot about his brother and his old town. It is necessary, I guess, but it could have easily been shortened. The film uses the method of unreliable narrator, as a much older Tonto is telling the story on how he first met John. The idea itself is a neat one (and allows for more crazy situations) but the method of delivery just feels hokey to me.

Thankfully, the positives far outweigh the negatives. Hammer and Depp have great chemistry. Tonto is not just a secondary character but an equally important one. They have the appropriate throw backs to the original series while also doing their own thing.

But the best part of the movie is by far the climactic train ending. The final chase is incredibly long, but so meticulously planned and detailed that it was hard to stop smiling the entire time. The director had many gorgeous shots of the landscape, like a classic western, including setting parts of it in the Monument Valley as a different type of throwback.

The movie will also give you plenty of screen time with Armie Hammer, who is currently rumored to be the new Ant-Man or Dr. Strange, upcoming heroes/movies Phase 3 of the Marvel Universe.

Although this film has had many negative reviews, I’d say give it a chance. Especially if you have three hours (movie and preview) to waste on these hot summer nights.