I am happy to say that before I watched The D Train, I knew absolutely nothing about it. I had only briefly seen the poster/DVD cover. Enough to recognize the two leads.

I actually thought this was a war movie. Again, quick glance at the cover, I thought the arm in the background was like, a gun strapped to the back. I thought they had just won a war!

Or you know, a movie about trains or something. A lonely New York meet up that turns into friendship. Fuck it, let’s just go into it. 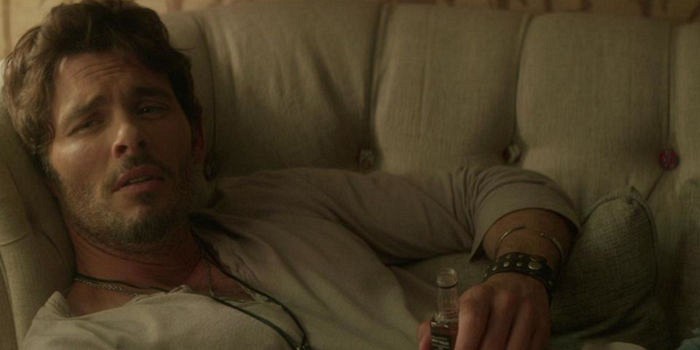 Quit yelling. I’m trying to relax on my couch, far away from war and trains.

Dan Landsman (Jack Black) is a weird dude. But we will get into that. First let us talk about his normal tendencies.

Dan has a wife (Kathryn Hahn), a 15 year old boy (Russell Posner) and a baby girl. He has a boring job doing something and has been there for awhile. It isn’t particularly rewarding, but it pays the bills. His boss (Jeffrey Tambor) is an older guy who doesn’t like new technology and is generally swell.

And he is the self-appointed head of the Alumni committee for his high school class. The others (Kyle Bornheimer, Henry Zebrowski, more) don’t agree with a head, but whatever, they have a 20 year old reunion to prep for. No one seems to give a shit and turn out is looking low. Things turn around when Dan finds out that the coolest kid in school, Oliver Lawless (James Marsden), has finally made it after all this time. He was an actor and wanted to be a big star and now he is in a national television commercial about sun block!

OH MAN SO COOL. He thinks if he can convince Oliver to come to the reunion, more people will show up, and he will be a hero! He just needs to fly out to LA to convince him in person. So he lies about it as a business trip to his boss and wife, just to hang out and party with Oliver.

And Oliver is a great dude. They get drunk, they get happy, they dance, they flirt with women and Dan is able to convince Oliver to show up!

And also, something very different happens. Something that has never happened to Dan before. Something that will make his trip home and subsequent weeks leading up to the reunion very weird and uncomfortable. 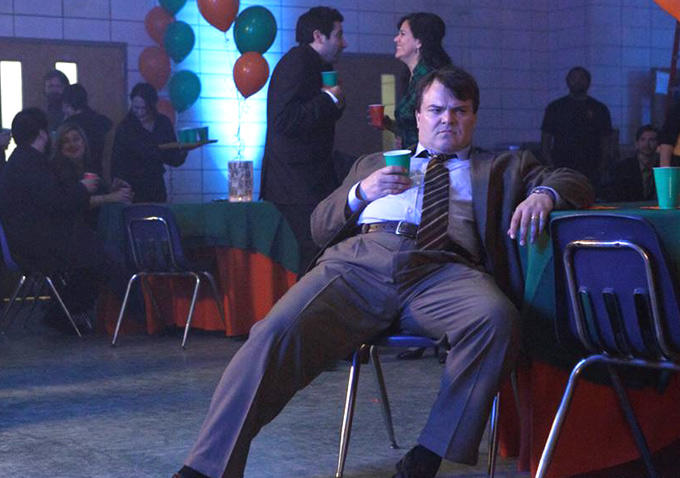 Enough to drive a mediocre middle aged man to drinking? You betcha!

From the description, it looks like The D Train can be a very uncomfortable movie from start to finish. An average dude in a boring life, put into a super liberal party setting, with a man he has strangely idealized for decades. He has always wanted to live vicariously though him, but now he has the opportunity to seem cool and actually celebrate with the man. Life is wonderful!

Unfortunately, it wasn’t an uncomfortable movie, just a boring one. Sure, there was that one scene. And like, a good scene at the reunion, and maybe another good joke. And that is it.

The best thing really about this movie is that it was a different sort of character for Jack Black. Not different like Bernie, but more just regular dude. So good job Jack, diversifying your resume. That will be good help in the future assuming you need it. Marsden unfortunately adds nothing to the film. Hahn does a pretty good exasperated housewife though, sick of her husband’s shit.

The plot isn’t even that bad. With some work, better dialogues, and better…just scenes in general, it could have been a solid movie. Instead this movie is about a nickname and a dream gone wrong, and is completely forgettable.