Walt Disney Animation Studios have been on a kick lately, where they want simplistic, yet bold film titles, often in one word. Tangled. Frozen. Moana. Zootopia. Gigantic, which apparently isn’t going to happen anymore.

Disney isn’t officially doing Coco, Pixar is (Which is owned by Disney), who, outside of the franchise that should not be named, has mostly shied away from these sort of titles. Is Coco a sign of things to come for Pixar in the title department? It is hard to say, given the fact that its previous two movies, and next two movies are all sequels. Ugh.

I will note I experienced almost no hype for Coco. And that is because of its immediately similarity to The Book of Life. They aren’t even doppelganger films, because the other one came out years earlier, so it is just a bit odd to see such similar topics in animated films so close to each other. But the good news is, The Book of Life was only okay, I forgot basically all of it by now so it really didn’t mess with my opinion. 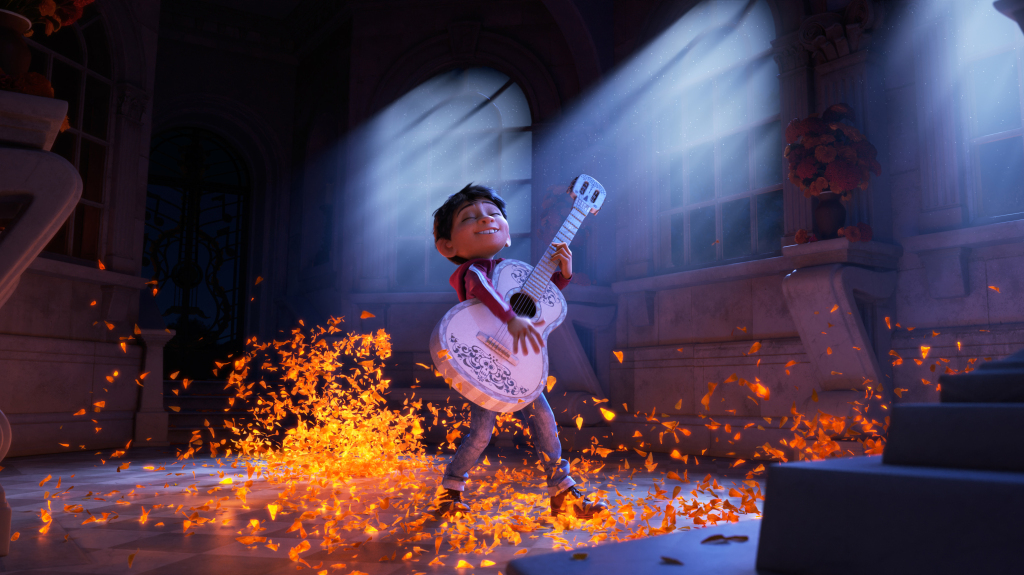 Mama Imelda (Alanna Ubach) has a sad story, but a strong one. She had a daughter, Coco (Ana Ofelia Murguía), with her husband, who had more loves in the world than just his family. He left them, to become a singer and a star, and never returned. Poor Imelda had to raise Coco on her own, while also bringing home the bacon. She learned to make shoes and started her own shoe empire, going down her line of children.

Now, many years later, Miguel (Anthony Gonzalez) is a 12 year old boy, and he loves music. He wants to play the guitar and sing, but there is a ban on music in his family, given the past incident. His Abuela (Renee Victor) is the main matriarch now, since his great-grandmother, Coco, is in a chair and doesn’t speak much.

Miguel idolizes Ernesto de la Cruz (Benjamin Bratt), who is basically the Mexican Elvis in this film, extremely famous and well loved. But he has to keep his obsession secret. Well, due to some shenanigans involving a dead man’s guitar, Miguel finds him in the underworld! And on this, Dia de los Muertos, when the dead are trying to get back to the real world, not the other way around.

Miguel is going on an adventure, on the run from disapproving and dead realities, while he searches for his great great grandfathers approval, so that he can return to the real world AND play music officially. And he has bumbling Hector (Gael Garcia Bernal) to help him, who just wants someone to post his photo in the real world so he can cross over to the real world just one time before no one remembers him. 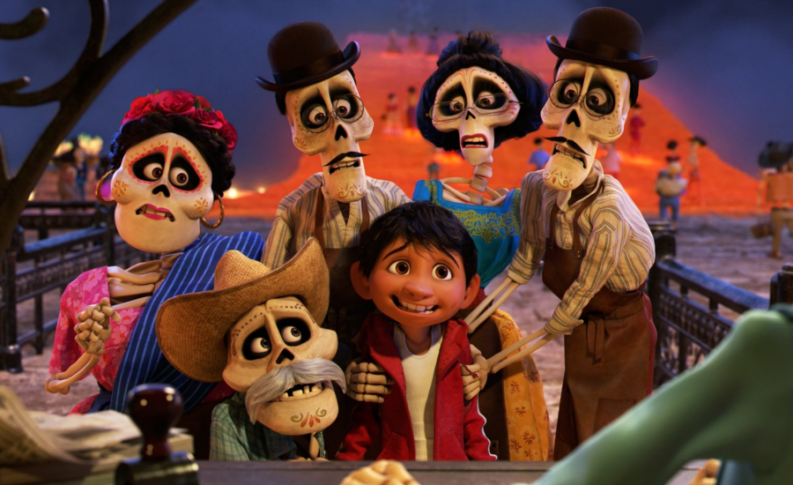 It is interesting that this film came out in Thanksgiving weekend and not like, the week before Dia de los Muertos like the film takes place on. Usually films go into effort to come out near specific holidays, but Pixar needed that Thanksgiving break money. It was released in Mexico before the day at least, so it has been out for almost a month somewhere else in the world.

On an emotional level, Coco hits on most of the cylinders. It should be a relatively easy feat, given the subject of DEATH and loss being its main focus. Relatives dying? Wives, kids, parents, whatever the level, it will get people choked up. It had a diverse soundtrack of authentic sounds, and despite Remember Me getting the most screen time (and one cry), my favorite song was Proud Corazón by the end, which tied up everything with a nice bow, as these films tend to do.

Miguel’s relationship with his various family members feels real on the level that a 12 year old boy might feel, including the parts where no one lets him talk. But adults refusing to listen to children in films end up usually being a pet peeve, as they just create lazy plot situations where communication does not occur and leads to all of the conflict.

Coco is a beautiful film, physically and emotionally, but it just seems to falter on the smaller elements. Ideas I couldn’t get out of my mind. Timing these events on Dia de los Muertos seemed to have hurt it instead of helping it. On this day, the dead want to go to the real world to party, hang out, get trinkets. And yet the city of the dead is so fucking full of people. We see a very small shanty area of folks who can’t cross because they don’t have pictures. But all of the biggest underworld celebrities are just still there? All the citizens are having their own parties in the place they are stuck so many days of the year?

It seems like a minor nitpick, and maybe it is, but it really distracted me most of the film. There were issues with the spirit animals, in that apparently one is so much more powerful than the others that it can just murder in the underworld and be basically okay. We have the fear of falling to death ruined by a last minute save, that would have still killed the person falling based on how they did it.

And we had SO MANY times when slow decisions were being made just toe extend the film. At least three times we had moments where the viewer would assume that everyone is fine now, time to fix things, and then wham, nope. Whether it be from last second pointless arguments, lack of communication, or just forgetting how to move.

The plot felt very lazy, so much that the film became more tearjerky than anything.

I love the culture of the film, I love the authentic voice actors, and how some of the songs were actually all in Spanish. Having this much of a multicultural element in a Pixar film is a welcome change (since most of their culture is inanimate/dead things with feelings). It just relied to heavily on that component and not enough on a decent plot.

And to bring us back to the beginning, Coco is not a good title for this film.