It has taken a long time for me to see the newest Robin Hood movie, and honestly, I blame the internet. When I first saw a preview, looked awesome. Ridley Scott, on average, is an awesome director. What could go wrong? Apparently everything.

I heard tales that it wasn’t anything like Robin Hood. But that is probably a good thing. We’ve all heard the tale enough to know what happens, if it was the same, it might be boring! But because of that dang internet, I also know the truth of the script. You know what it was called originally? Nottingham. Why? Because it was going to be from his point of view, in a more sympathetic light. Yes! I love switches like that!

Some jerk Outlaw named Robin messing up shit, stealing his Marion and all? Why not?!

But Scott didn’t like that angle. So it was changed. To a more traditional, yet oh so familiar Robin Hood tale. Damn it, this is why we can’t have nice things. 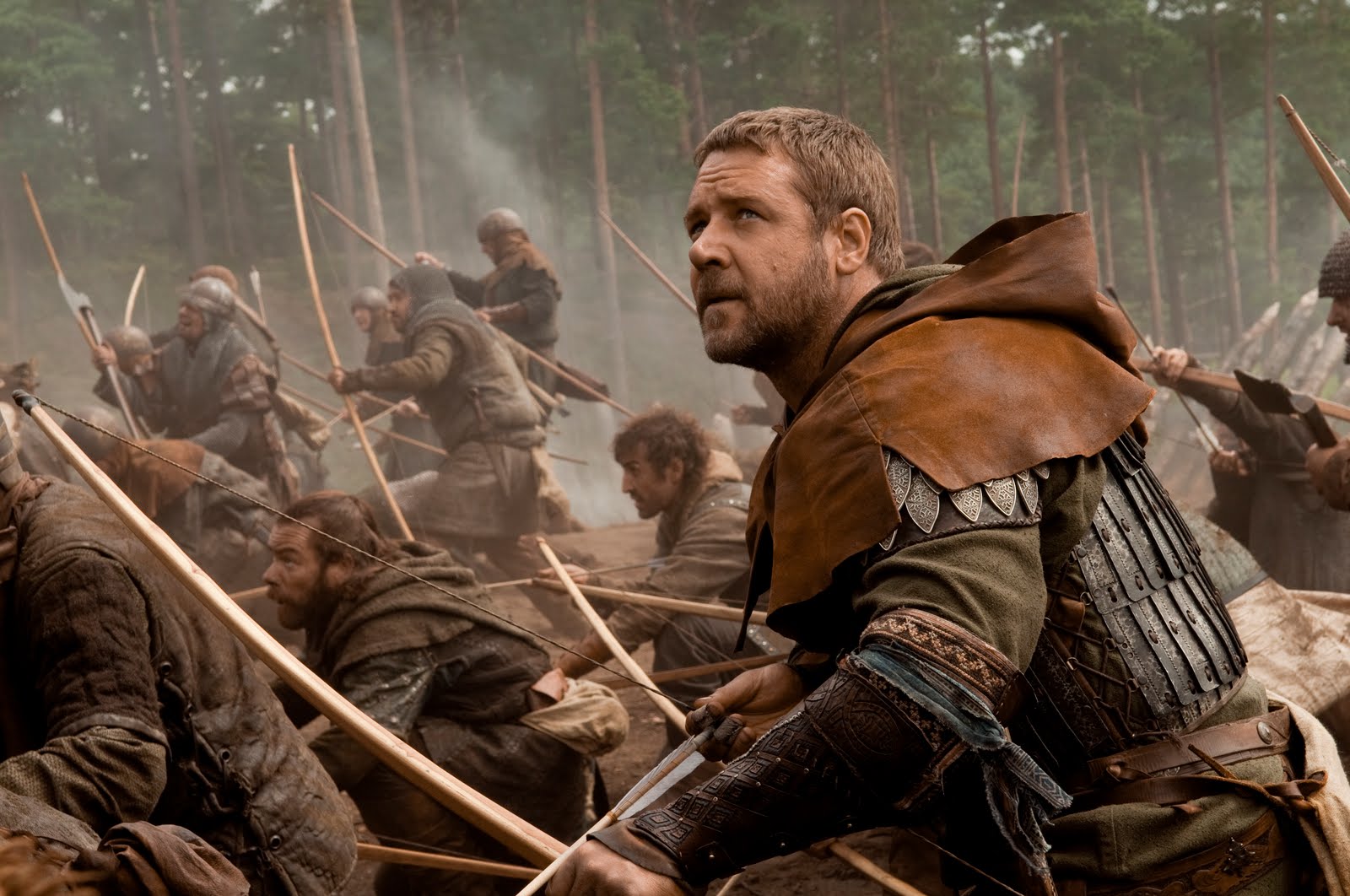 Well, that is a reason. The other main reason is war.

AHH CRUSADES AND STUFF. Robin (Russell Crowe) is over there fighting, because that is all he does, around the world. Just a simple archer. But then something bad happens. He speaks his mind, King Richard (Danny Huston) gets pissed off, and he gets a bit imprisoned. Oh well, thankfully he can get himself free once King Richard gets killed. Wait what?! Richard gets killed early in the movie during the Crusades? Well fuck!

So Robin decides to book it, when he sees a group of men kill the man in charge of bringing the King’s crown back to England. They wanted to kill the king, but he was already dead. The new dead guy? Robin of Locksley. Wait what? Yes, Crowe is a different Robin. But now dying Robin has a request, to return his sword to his dad’s estate for him. Not weird at all. They just have to pretend to be knights and he pretends to be the other Robin to make it less weird.

Too bad the French people were lead by Godfrey (Mark Strong), another English Knight working for the other side? It can’t be true! Well it is, mostly because Prince John (Oscar Isaac) is a little bitch and ordered it.

Either way, Robin delivers the sword to the dad (Max von Sydow) and is met with an unusual request. Pretend to be the other Robin, live in the home, and marry Marion (Cate Blanchett). Or else they might lose all the land to the government when he goes, because a woman can’t hold the deed. Huh, alright then.

But don’t worry, if you are afraid of too much change, you still have some marry men to look forward too. Little John (Kevin Durand), Friar Tuck (Mark Addy), and Will Scarlet (Scott Grimes). The Sheriff of Nottingham (Matthew Macfadyen) is in here too, just not really that important.

Invading French army, working with the traitor king, and maybe some Sherwood forest bandits if we are lucky. 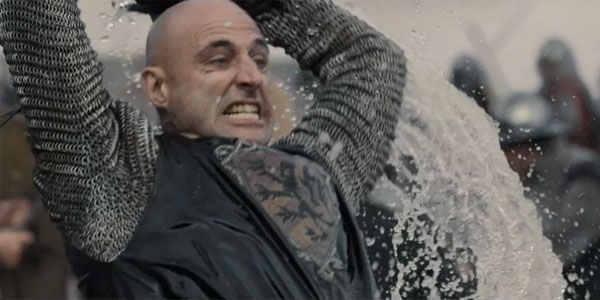 Personally, I think this picture looks like he is attacking with a water scimitar.

Totaling at about 2.5 hours, the Director’s Cut is a monster of a movie. I could be getting trolled, since clearly the Theatrical Cut was basically a DC too with the amount of cutting from the original script Scott did. I am not bitter, I swear.

Actually, the acting in this film felt pretty good, as did the pacing. For me, the 2.5 hours went by without a hitch. There were slow parts sure, and they didn’t do enough that I wanted, but it was kind of enjoyable on its own.

But I feel like something was missing from it to give it that extra wow factor. Really, I think it was just okay, which is probably what pissed off the internet more. They kind of demand perfection, especially from Scott and Crowe. It is an interesting Robin Hood story, that allows for even more tales, but definitely not the best one.