If you have talked to me about superheroes before, you will have found out I prefer Marvel to DC. Marvel sets its characters in real cities in the real world, generally makes their characters relatable, and almost always gives them character flaws, like Tony Stark and his alcoholism.

If you had to ask for my least favorite (popular) superhero, it would definitely be Superman. The idea of his character is boring. He is hardly relatable, being an alien from another planet who has ungodly powers compared to the rest of us. He is generally unstoppable, unless somehow an even stronger force appears, or a very rare substance from his home world magically shows up. Not even Five For Fighting could convince me otherwise.

Regardless, I was still excited about Man Of Steel (Trailer). It looks like their main goal was to make him a bit more relatable to us normal folks, which is one of the harder tasks out there. So if we can get some good drama, and for goodness sake, some good action in this movie, I might just like Superman again. Basically, make it the opposite of Superman Returns. Although it only barely fits, this is also part of my Apocalypse Week, because technically it could involve the end of the world? 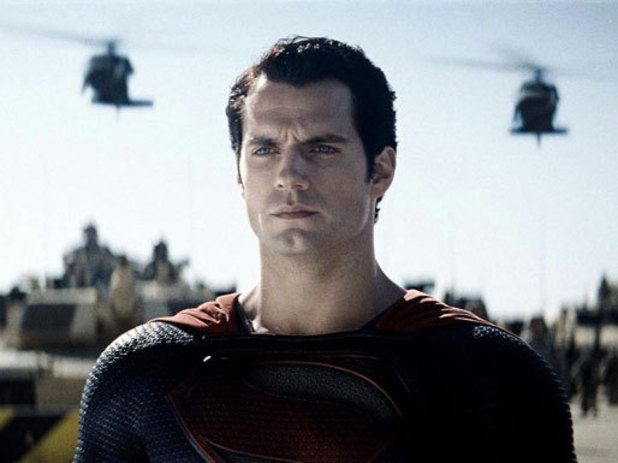 The movie begins on the planet of Krypton! You see, the elders there have expended all of the planets natural resources, so the planet is kind of doomed, threatening the entire race. General Zod (Michael Shannon) is attempting a military coup to fix the mess the elders have caused, while Jor-El (Russell Crowe) has an alternative answer. He believes his newly born son has the answer to their future, and sends him off to Earth to live and grow, while the rest of his kind perish.

So, Kal-El (Henry Cavill, eventually) finds himself in Smallville, Kansas. He is raised by the Kents (Kevin Costner, Diane Lane), taught to be a good person and to hide his powers from others, who might be afraid of him or use it against him. It isn’t until much later in his life, when he is on odd job #35, that he is able to find an ancient alien space craft. There he finds the answers to his past, his race, and his purpose.

This unfortunately also sets off a beacon into space, allowing General Zod and his crew to find his location. They’ve been amassing a giant army and are looking for a new home. Thanks Kal-El, you doomed the Earth.

They show up, demand Kal-El turn himself over, or else the planet is kaput. Surely he is a man true to his word and will actually leave Earth alone, right? We also have Amy Adams as Lois Lane, Richard Schiff as random scientist FBI guy, Laurence Fishburne as The Daily Planet editor, and Christopher Meloni as bad ass army man. 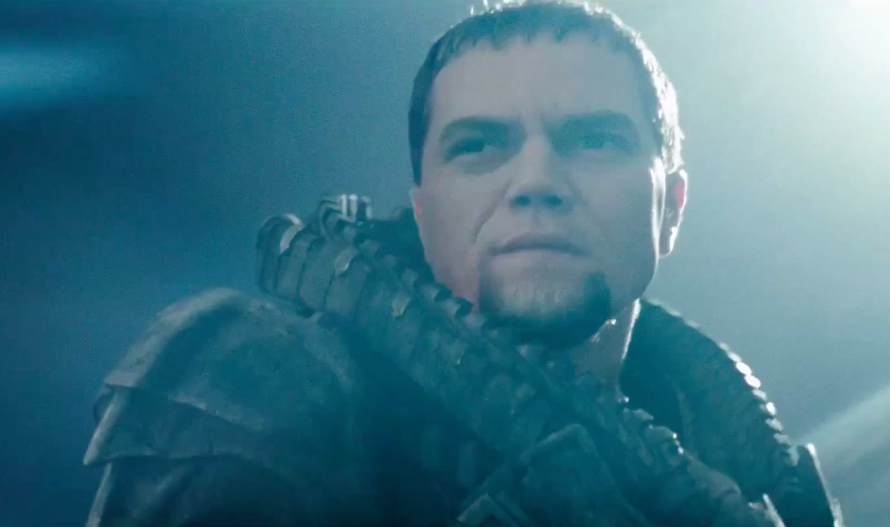 Not to ruin the movie for you, but the entire time I thought Zod looked a bit like Geoffrey Arend.

I’ve already wrote a lot about the movie, but hold on to your butts, I have a lot more coming.

Zack Snyder is the man who brought us 300 and Watchmen, both of which I love on their own right, and is a man fully ingrained into the superhero world now. He has the ability to make a movie visually pleasing, but sometimes relies on too many film filters to take me out of it.

I hated the filtering for Man Of Steel, but the fight scenes are quite worthy of praise. They mostly involve aliens who move much faster and hit a lot harder than we can even fathom, yet Snyder was able to create fight scenes that could both A) Be followed and understood by an audience and B) show off really cool visual effects. Often times in fight scenes, you will be stuck with blurriness in the action, just not in this movie.

It was great watching Superman doing actual super things, whereas in Superman Returns, the whole movie was him lifting progressively heavier objects.

In addition to Snyder, the film also features Christopher Nolan as a writer and producer, so he can hopefully add some deeper elements to the story that Snyder usually lacks. Unfortunately, I thought the plot and characterizations were probably the weakest part of the film.

General Zod is an interesting villain, mostly because he isn’t Lex Luther. However I think they spent far too much time on Krypton early in the film, which seemed to exist just to give Crowe even more screen time and show off lots of CGI explosions. Unfortunately right after that, we had a series of awkward childhood flashbacks while Superman is an adult hiding from the world, making the early movie feel disjointed and odd. I have to admit, I think a lot could have been cut from the 143 minute storyline to make a bit more exciting movie.

Yes, I am claiming large parts of the Man Of Steel were boring, a sad conclusion. Great action scenes, okay acting, boring overall plot and set up. I really disliked Costner’s character. That guy was an idiot and I felt nothing during his biggest emotional scene of the movie. Heck, you’d think people living in Kansas would also know that when a Tornado is coming an overpass is NOT the best place to run and hide. I know that, and I’ve lived in the Midwest less than year. That isn’t why the film got the rating, but it really grinded my gears nonetheless.

Overall, Man Of Steel is a decent showing for a DC character I hate, but it still isn’t enough to fully love.