I have been avoiding “Jennifer Aniston movies” recently, for some unknown reason. Mostly because she has just been in wayyyy too many Romantic Comedies lately, helping flood the market. So I figured my first one back in awhile would be an “Adam Sandler movie” that has her in it too. Sure it’d probably still have a lot of RomCom elements, but a lot more focused on the comedy elements. A ComRom, I guess! 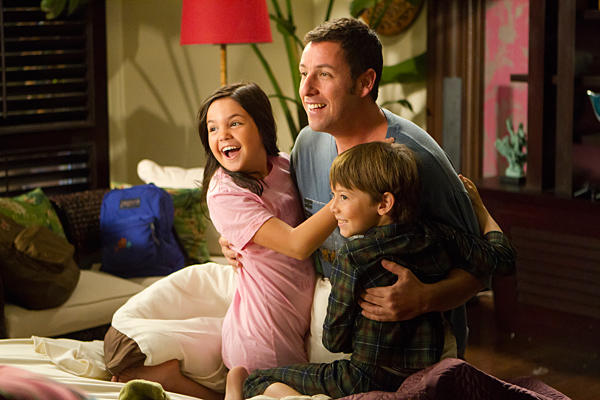 And plus, he is good with the kids!

Just Go With It begins with a ridiculous concept and runs with it. Adam Sandler is a skeezeball. Sure, it begins with him getting dumped (dude has a big nose, who just wanted his money). But instead he becomes a plastic surgeon, gets rid of the nose, and realizes he can wear a wedding ring, talk about how he is about to get divorced / left at the alter, and pick up chicks. One night stands for the win!

Aniston is his assistant at his clinic, and doesn’t agree with the methods. Well one night he meets Brooklyn Decker, who he really connects with, and they have sex! Yes! This time without the wedding ring though, which she finds in his pocket. Now she thinks she is a home wrecker. He quickly has to make up a story of how he is getting divorced and find a woman to play his soon to be ex wife. Guess who?

Needless to say, things get super complicated, as a trip to Hawaii ends up happening, and the kids of Aniston are involved. Similarly, somehow, Aniston’s rival, Nicole Kidman and her husband Dave Matthews are there, so she needs to pretend she has a husband as well. Also, Nick Swardson is playing her pretend boyfriend for Brooklyn’s sake.

Got all of that? A normal rule of improvisation is to never say no, negatives don’t work. You kind of just have to…go with it. So other people may put you in awkward situations, but you most play off of that. Thus the title, thus the humor. Also, Kevin Nealon is addicted to plastic surgery, and is quite scary. 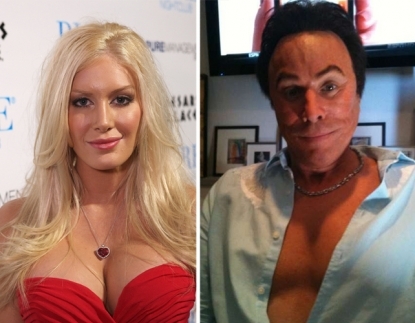 Behold! No, his face. Not the other thing.

Despite the horrible plot that obviously has no chance of success at achieving his goal (you know, just dating Brooklyn Decker, for real), it was a pretty funny movie. Of course by the end Adam and Jennifer find out they really want each other, and make it so, but there is enough hilarious moments that had me “lol”ing by myself, which is good.