When I was a very young kid, I was in a dark place. But then it was my birthday and since then my life has been nothing but light! I might take this joke out before I publish this review.

A few things intrigued me about Dark Places. One, the pretty heavy cast. A lot of people I like to see pretending to be other people in movies and television are in this movie!

And two, it is based on the book written by Gillian Flynn. No, I have never read any of her books before, but I have seen Gone Girl, which was based on her book. Gone Girl was CRAZY good too. If you missed the movie, you need to time travel back to 2014 and hit that thing up right now. Or find it through regular mortal beings.

If the author has the same awesome level of mystery and great dialogue, this film can be just as great. Even without Affleck. 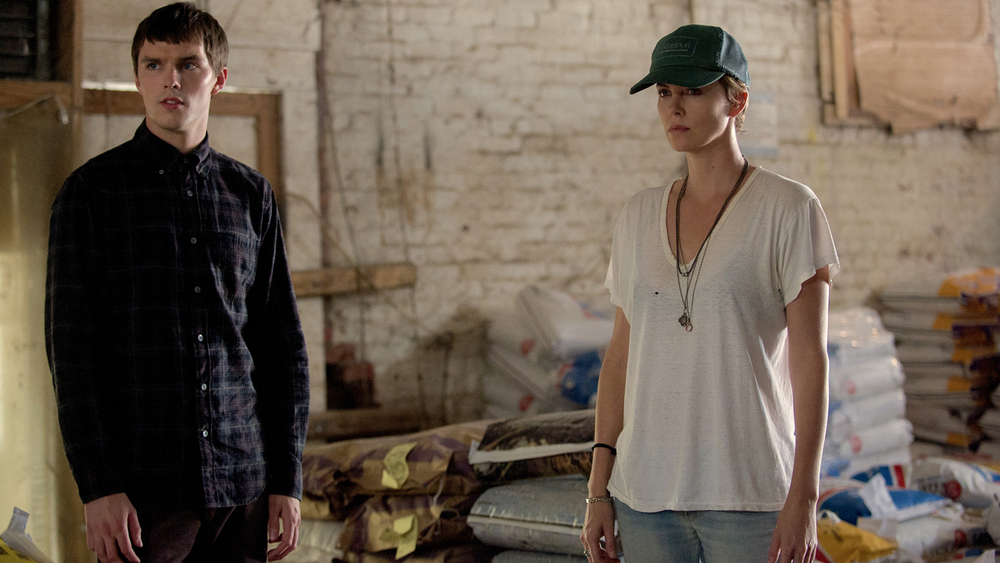 Jeez, even more people who don’t know what to do with their hands.

Little Libby Day (Sterling Jerins) was the only surviving member of a massacre at her home. He mother (Christina Hendricks) and two older sisters were killed through various means. Her brother, Ben (Tye Sheridan) was accused of murdering his family and part of the reason for his sentencing is that Libby testified saying she saw her brother do it. But that was a lie. Libby Day began to live through the government and was given a nice fund by generous donations to help her live in the future.

Well, the future is now, and adult Libby (Charlize Theron) is practically out of money. She can’t jut ask for more, because no one cares about her. She is old news, and there are girls everyday surviving tragedies who actually need help. Libby has been extremely apathetic about everything in life so she has never gained any skills or actually gotten a job in her life.

But she has a letter from a fan, Lyle Wirth (Nicholas Hoult) who wants her to come down to tell her story and get paid. She tends to avoid these sorts of things because she doesn’t like to revisit her past. It is kind of a…dark…place…for her. Turns out Lyle is a member of a group called The Kill Club. They are a bit obsessed with murder stories and like to examine the evidence, clues, whatever to determine if the real murderer was caught. And some of them are creepy reinactors, but we don’t talk to them.

Desperate for cash, Libby agrees to go along with their questions and help talk to people for their investigation. They believe Ben (Corey Stoll) to be innocent despite him never choosing to appeal the details of the case! But that can’t be. Mysteries and shit. 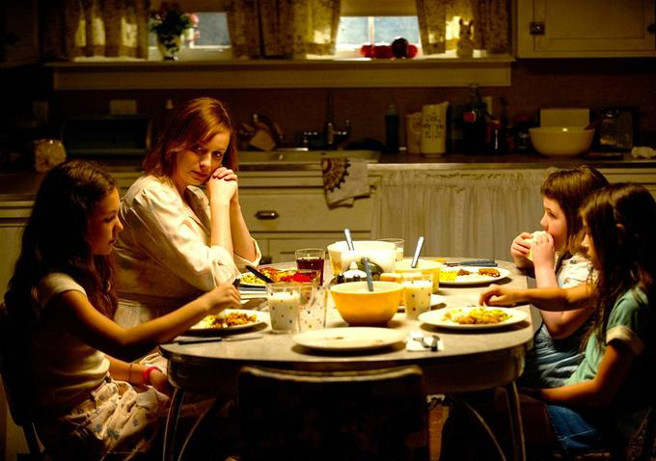 Hendricks in something set in the past? New territory for her!

Have you ever been to a sweet restaurant and have the best time, only to return a second time where they burn your food and don’t even care enough to fix it? That is what watching Dark Places felt like. It is possibly unfair to compare this so much to Gone Girl, but the same person wrote both books that the films were based off of. Here are some notable differences though. Gone Girl was directed by David Fincher who is a fantastic director, while Dark Places was directed by Gilles Paquet-Brenner who is not well known. He did the movie Sarah’s Key, which I thought was okay. The screenplay for Gone Girl was also actually written by Gillian Flynn, while the screenplay for Dark Places was written by…Gilles Paquet-Brenner, again.

So hey, maybe the reason this movie was so damn boring was the director/writer himself. But for all I know, the source material was also shit and Gone Girl is her own good book. Hard to say, but the talent behind the camera in this movie was not as great as Gone Girl.

But yeah, boring. Dark Places successfully created an overall dark atmosphere for the whole film, both in the past and present. But it never felt like it used these settings appropriately. It felt long and drawn out. The actual mystery was not only a let down, but kind of shit as well. It didn’t make a lot of sense and there wasn’t a real ability to figure it out from clues before the end, which is usually a nice feature for a mystery.

The let down the viewer will receive once all of the truth comes out it a complete bummer. More so in that it means the other 90% of the film you sat through with only the occasional interesting scene was also a bit of a waste. Dark Places put me in a dark place and made me not even want to write this review.