This may not be a popular opinion, but I am willing to say it: The original Carrie is not that scary of a movie. Or at least it isn’t scary anymore.

When it first came out it was probably shocking, sure. Part of the reason it would have been terrifying is not knowing the bloodbath that would occur at the end of the film. There was no internet, spoilers didn’t run rampant, people could watch it and actually see something new.

You’d be hard pressed to find someone who doesn’t know how the original Carrie ends. They might not know the finite details or how it occurs, but they know blood gets dumped on a poor girl, who then takes out a school who bullied her.

So why bother with a Carrie remake in 2013? The only real reason is to either change the story so that audiences won’t see the ending coming or ramp up the creepy details to a new notch in order to make it more of a horror film. You know, give us a different reason to remember her name. 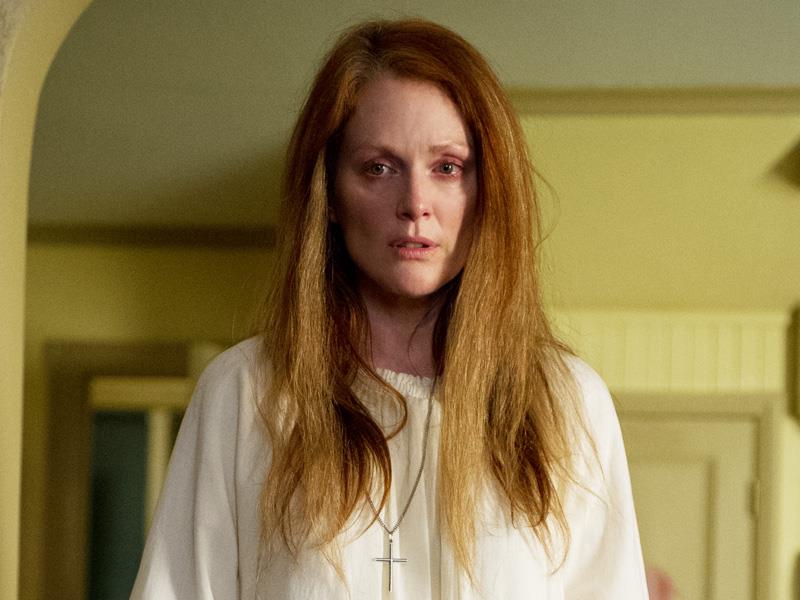 “How do we make Julie look crazy?” “I don’t know…frazzle her hair a little bit!”

Carrie (Chloe Grace Moretz) came from humble beginnings. She used to be home-schooled, but the state of Maine intervened and forced her to go to public school. Not sure why. Her mom (Julianne Moore) was a perfectly adept teacher. She taught Carrie about Jesus, God, and she even gave her a nice tiny prayer closet under the stairs to “study” in.

Despite the fact that she is a senior in high school, she gets her period for the first time in gym class. Must be Satan at work in her loins. The other girls find her fear amusing, make fun of her, and promptly get in trouble by the gym teacher (Judy Greer). They have two options, put up with a week of grueling physical activity, or get suspended and miss prom. Clearly neither option is ideal, and it must be Carrie’s fault putting these girls in that situation.

Which is why the mean girl (Portia Doubleday) and her boyfriend (Alex Russell) do the whole dump pigs blood on her head at prom thing. That’ll show her. 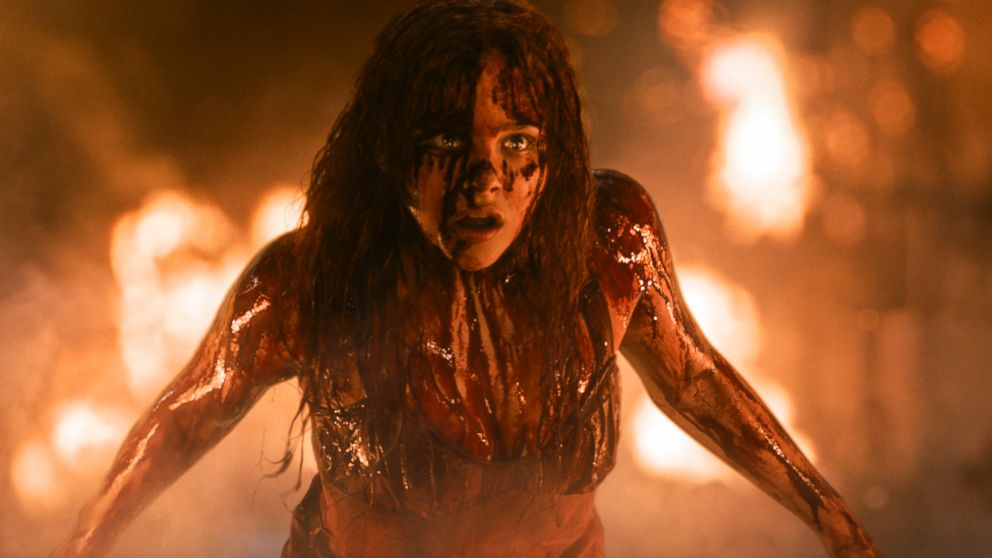 Huh, she looks cute in red.
Really, the reason anyone came to see this movie was to watch the prom scene and see the path of destruction that Carrie would lay in her wake. The rest of the film could be boring, but as long as the prom scene is excellent, the director will have delivered. The prom scene is longer in this version, there are more creative deaths with less hoses, and there is more destruction outside of the school, but miraculously a lower overall body count. Huh.

Basically, this film is identical to the 70’s version in terms of…well most things. Even the dialogue is basically the same, minus the upgrades in time/technology.

The few things that are changed are who lives and dies at the end, one other “twist”, and making the mother a bit of a masochist. Okay, a huge masochist, she loves that self infliction stuff. Basically their attempt at making the film a bit more creepy throughout.

Overall, I would say that this film was a bit disappointing in that it was made so similar to the first film (and maybe the book, no idea on their closeness). It really doesn’t add anything new to the mythology, and was made to upgrade a film literally everyone already knows the plot about. I hated most of the no name actors, but surprisingly I enjoyed Ansel Elgort as the nice boyfriend. He was so good at being kind to a weird red headed girl.

If you are looking for scary movies in theater for Halloween, unfortunately Carrie is your only hope. Somehow, this is the only horror movie the entire month.