Welcome to Blackweek! Yes, that is the official name of the week, no you can’t make me change it.

It is simple. Every movie this week begins with Black. Part of the reason you may have realized is that in January, literally three movies came to theaters called Blacksomething. So all three of them are featured, plus two more! Boy, do I love me some theme weeks.

So we got Blackhat, a (shudder), January movie, one of handful of January movies I have yet to see. I was forced to see the trailer a long time before it came out, and was immediately turned off from it. It is a “hacker” movie but with more action than computers it looks like. It is directed by Michael Mann, which is a dude with a lot of followers for some reason. I can’t say I have any strong opinions on him one way or another.

But did I mention this movie had a terrible trailer? 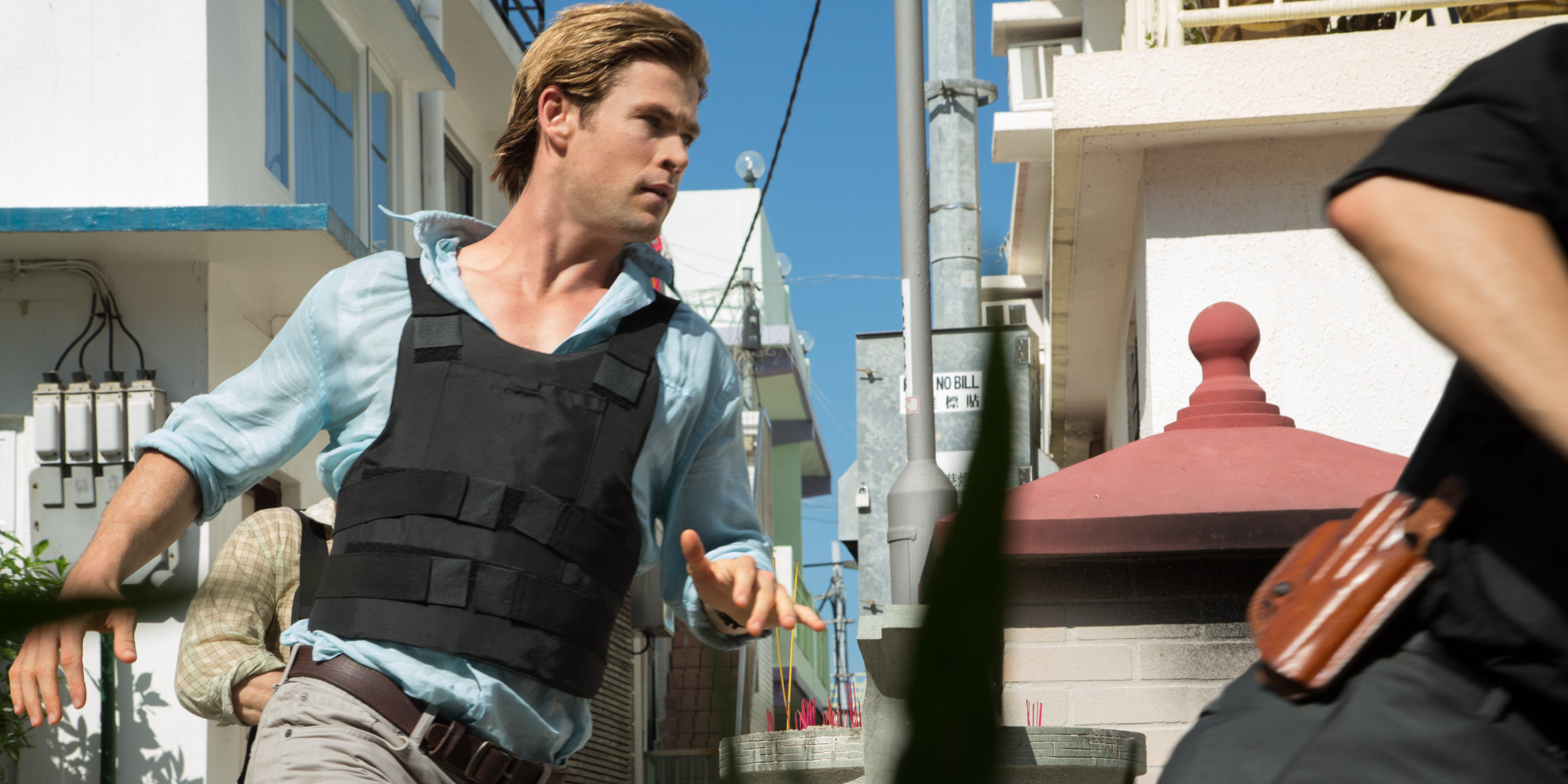 \
But a snazzy bullet proof vest.

Shit is going crazy everywhere. Some HACKER is hacking into technical mainframes of nuclear reactors and things and causing explosions. EXPLOSIONS! That is in China. In Chicago he is hacking into stock markets and changing the prices around. Oh man, we got a world villain here. So we need China to bring people over to investigate and work with the FBI. Yeah. So we got Chen Dawai (Leehom Wang) who was put in charge. That is good. His old roommate was a really good hacker. Nick Hathaway (Chris Hemsworth), currently in prison for hacking related crimes. He is so good, you know. But now they need his help to get this other guy. Who are the we? Oh well, Chen’s sister, Chen Lien (Wei Tang). I have no idea how Chinese names work apparently. Also our FBI person, Viola Davis!

That is literally all I can say about the plot. 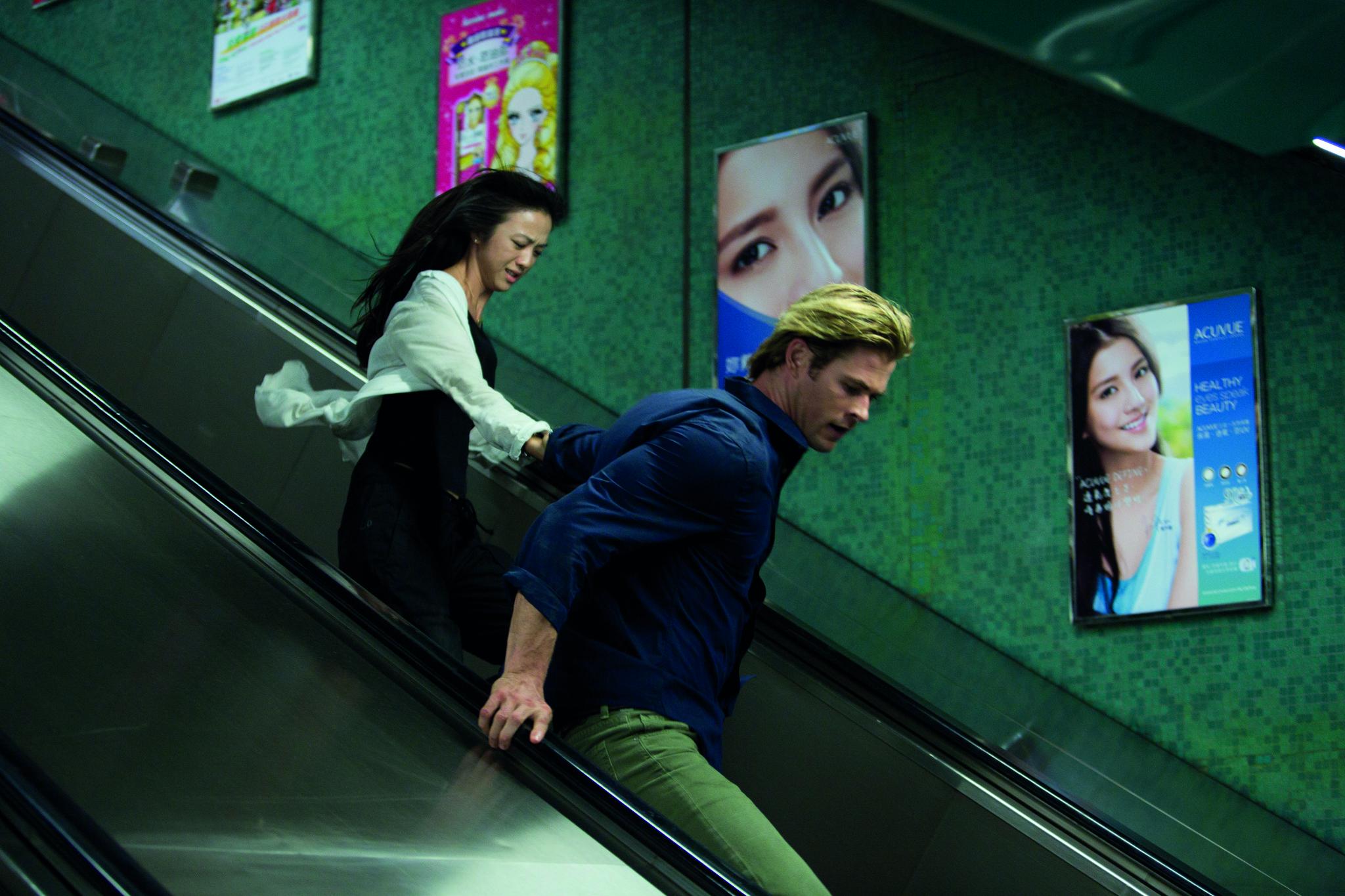 We could easily make this a comedy if those escalators were going the opposite way.

My entire plot description wasn’t long so I will keep this part brief as well.

Blackhat wasn’t an entertaining movie. It wasn’t exciting action wise, character wise, or anything. It was a huge steaming pile of dull.

I was hoping it could actually be bad enough to find parts funny, but I didn’t laugh, just yawned. I mean, the entire thing is ridiculous as we already know, making some hacker also be an action star because why not. Of course they are involved. I think there is a really detailed plot description on Wiki. Read that instead of watching this movie.

Hemsworth is wasted. Wang was kind of interesting. Davis was giving us nothing new.

And yeah. Good start to Blackweek. With a yawn!