When Unfinished Business hit theaters, it committed Seppuku on itself almost immediately? Why? Well, it is a comedy, and it has some famous people in it, AND it was released in theaters, it just didn’t do any screenings for anyone.

I can understand why a movie like Step Up: All In might not do screeners. It is for a very specific group or audience, who will see it, critics be damned. And if you aren’t into dancing, you won’t like it.

I can see why a low budget indie movie with no famous people would also hold no screeners. They are art house films and want awards, not money. (This is a lie, everyone wants money).

But what is supposed to be an A-Level comedy? They are saying they have literally no confidence in this movie at all and are just releasing it while hoping no one will really notice. It is not a good thing to know going into a film and really makes you wonder how bad it could be before you even see anything. 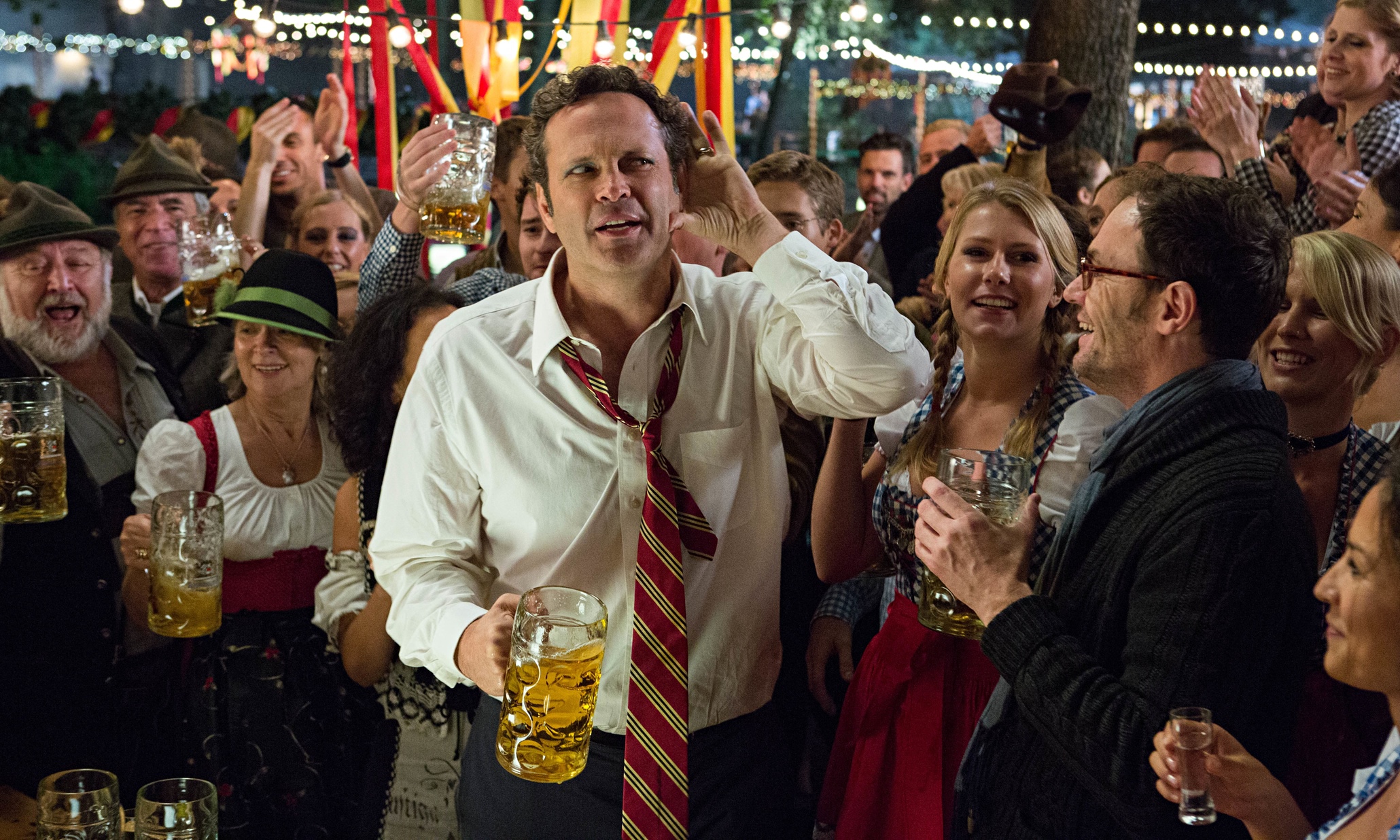 I mean, it has Vince Vaughn and beer, how could this not appeal to the majority of Americans at this point?

Dan Trunkman (Vince Vaughn), before having an unfortunate name, is also about to leave his work. He is in sales, selling things, but the what is not important. He feels like he is getting screwed out of his pay check, because his boss, Chuck Portnoy (Sienna Miller) (what the fuck is that name?) wants to renegotiate how much he is getting for a new sale. So he decides to walk out. And much like Jerry Maguire, he was left basically alone and sad.

Wait, there are two people with him! Timothy McWinters (Tom Wilkinson), who has a mandatory age of retirement or something, but doesn’t really want to stop working, and Mike Pancake (Dave Franco), someone who was applying for a job but is willing to work for Dan! Yeah! They will start their own business selling…things!

A year later, life sucks. They aren’t doing great, they don’t have an office. Dan has troubles at home. His son (Britton Sear) is getting bullied, his girl (Ella Anderson) is needing him to work on a project about his unsuccessful life, and his wife (June Diane Raphael) wants to put the boy in private school, but Dan can’t talk about their financial woes.

Either way, they finally are going to close on a deal. Just need to shake hands with a Jim (James Marsden) and they will have money to fix all the things! Well, then there is fucking Chuck, suddenly in the races and they have a lot more work to do. And also Nick Frost is hanging out. 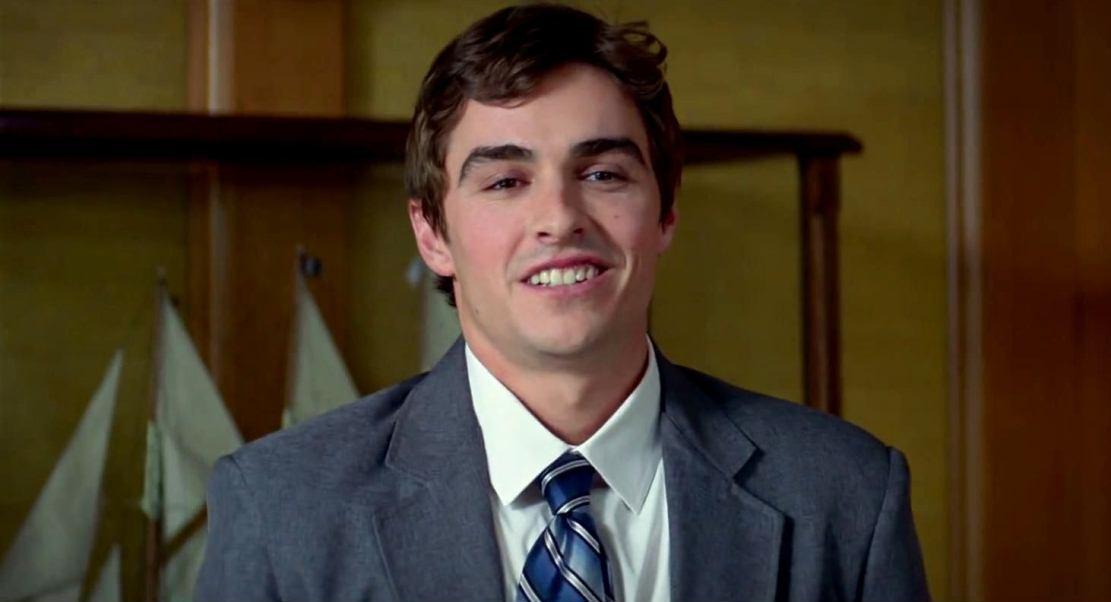 Pancake is probably one of the greatest last names in movie history.

You know, this is probably 2013’s fault. In that year we had The Internship (which I actually liked) and Delivery Man (a scene for scene remake of a French Canadian film), both of which basically bombed and were groaned at by critics. All with Vince at the helm! Since then he had nothing in 2014, a cameo in Anchorman 2, and that is it. Literally, a string of bad movies might have killed his career. After all, this movie began its shoots in October 2013, and a year later had to do reshoots. I guess the studio really did have no faith at all. Nor did the public, giving this the lowest grossing film opening of his career.

And it is sad to say that all of it is entirely warranted. This is a comedy in the sense that occasionally an amusing scene may happen. In no way does it ever give the minute after minute of laughter that you are hoping for with this movie. No, and it doesn’t help that this film has entirely too many serious moments in it, serious moments that don’t end up affecting the viewer on an emotional level. The movie isn’t just stale, but the entire time you are watching you are waiting to figure out just what the point of the whole film is.

The drama, the plot, the comedy, the acting for the most part is all terrible in this film. The pacing is all over the place and it honestly feels like everyone is super passive. Vaughn’s character is passive, the bad guys are passive. 90 minutes of people standing around and talking about doing great things, and of course, not.

The only reason I am giving it the 1 and not a 0 is, surprisingly, Dave Franco. He basically plays someone who is literally retarded. It was very strange and yet, it was very different for little Franco. His character was able to bring a smile to my face through his simplicity and his discoveries through this film journey. If we could have a spin-off movie of him traveling the world, that would be ideal.

The good news for Vince is that he is about to star in True Detective season 2. He is hoping to have some sort of Vaughn-Respawn for his career, just like the recent McConaissance.