Before we get started, I should mention some things about The Hunger Games. I gave it a 2 out of 4. I also didn’t watch it until 5-6 months after it went to theater. Not surprisngly, I didn’t read the books, so I had no stake in it.

I knew the rough outline. For some reason, teens have to go into a competition and kill each other, with only one remaining. Literally teens killing teens, very brutal. So I knew it should have been a brutal movie, but they decided to have it about teen death, and show practically nothing, through the use of shaky cam and just not showing crap. Shaky cam makes things look hectic and rushed, placing the viewer in the shoes of a character I guess. It is supposed to increase tension, but really is cheap, lazy, and lowers the rating. So that was annoying for the entirety of the games.

Outside of other random issues, the story felt complete after the games. Her life is going to change, but whatever, that doesn’t mean we need more story about it. Basically, I feel like I felt after watching Girl With The Dragon Tattoo. Interesting story, no need to move on. But they both move on? The next two movies for Girl felt forced, and just didn’t feel as good as the first. So I am worried the same thing will occur here too, with The Hunger Games: Catching Fire.

I mean, we will see how it goes, just throwing out my thoughts ahead of time, so you know where I am coming from. 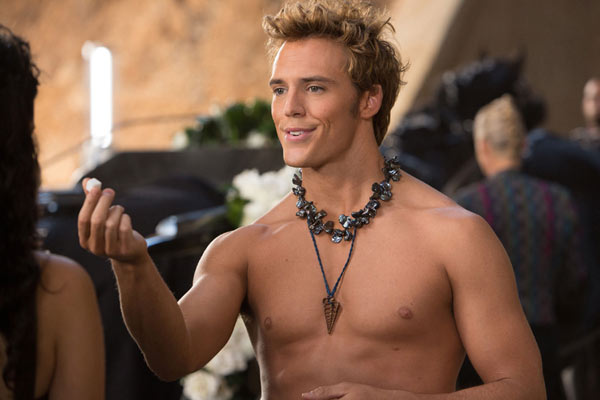 All of those thoughts were quelled when I realized it featured a literal merman, though.

The sequel takes place almost a year after the original movie. Everything is back to normal. Katniss (Jennifer Lawrence) isn’t anything special at home, for whatever reason. She just wants to get her love on with Gale (Liam Hemsworth), but has to pretend to be in love with Peeta (Josh Hutcherson). Or else like, President Snow (Donald Sutherland) said he would kill all of her loved ones. You know, typical teenage girl stuff.

Why? Because she is a threat to the government. The districts are furious that two winners were allowed for once, and if it isn’t true love, they will feel scammed. They will riot. They will assume the government isn’t all powerful. But her love games aren’t fooling anyone it turns out. So they have to make an alternative strategy.

Plutarch (Philip Seymour Hoffman) is made the new games dude, and they are allowed to fuck up the rules when they hit a quarter mark anniversary. Oh good timing! Number 75 is here! In an act to show that the government is the greatest power and no one can defy their power, not even past winners, they decide to pick the tributes solely out of the past winners still alive per district. Yay! We are talking old people and adults! Also people who know how to kill.

So what is a Katniss going to do? Maybe she is going to have to kill Peeta yo.

Woody Harrelson, Elizabeth Banks, Lenny Kravitz, and Stanley Tucci reprise their roles from the first film. Also introducing Sam Claflin as the merman (kind of), Jena Malone as an axe wielder, and Jeffrey Wright and Amanda Plummer as really smart people from District 3. All in the games, of course. 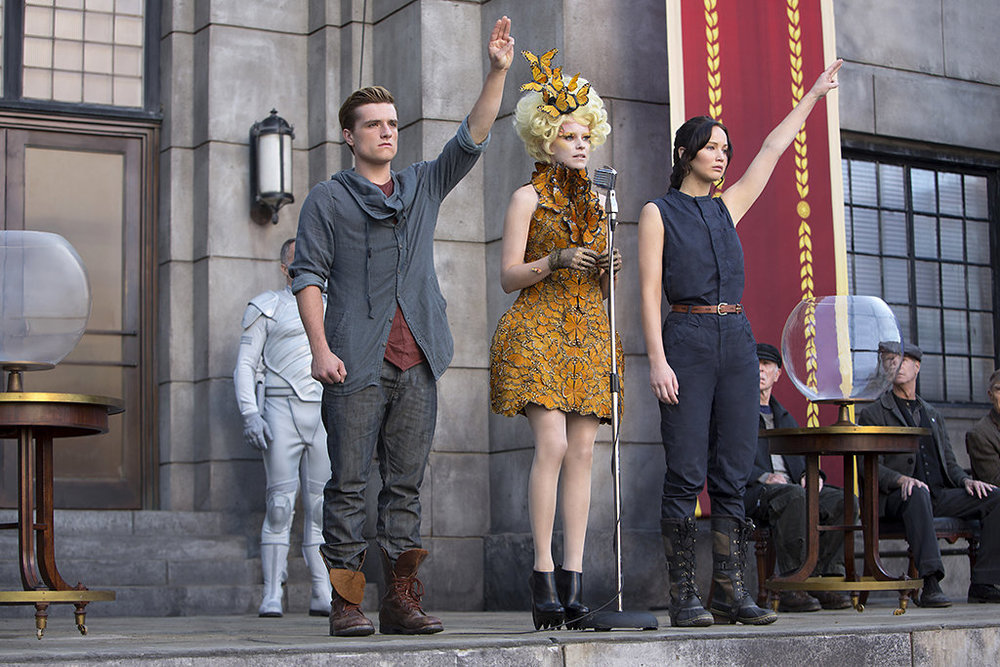 Peeta gave that bitch some protests. That bitch loves protests. [But still not Peeta]

Despite the weather’s best attempts, I still was able to watch this movie on its opening premier, which means surrounded by a lot of rabid fanboys and girls. Armed with my best Twilight T-Shirt, I was able to sit down and get ready to criticize all of the problems I already saw from the trailer with the story. And then the unthinkable happened. The movie explained the “problem areas” in the movie, and all of my pre-concerns were gone. Damn. Ain’t that a bitch?

Seriously. Fuck the trailer for Catching Fire. It was badly put together in comparison to the movie, showing some nonsensical crap and in retrospect, basically a piece of shit. Because the movie explains everything and doesn’t leave any of the potential plot holes out there. It does a great job of explaining it all.

What else did I dislike about the first movie? The shaky cam. Well, there is a lot less of that. Easy enough fix. I am not saying there was more action, because that is debatable, but there is definitely less shaky cam.

Overall, I was pretty entertained by watching Catching Fire. It was full of surprising moments to me, as a movie watcher, and kept me more or less on my toes. I do have to wonder why the tributes, if they were all super pissed that they had to be there (literally all of them, who wouldn’t be?), even decided to battle and kill the tributes. It would be a good show of solidarity if they just all refused to do it, you know. But that isn’t action-y enough I guess, we need some bad people still. 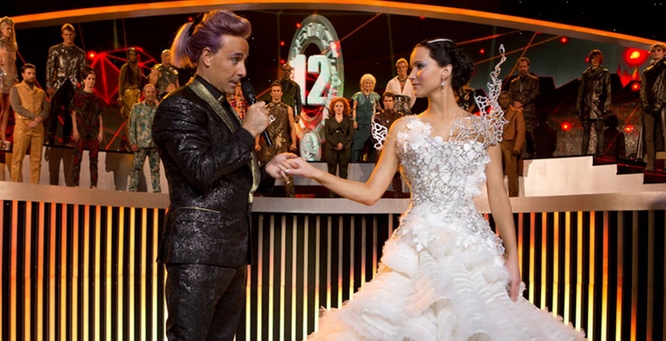 This section was looking too wordy, so I threw in a third picture to distract you. And make it look even longer.

I disliked how the film chose to end. Reminded me of the ending of Matrix Reloaded, which was bad enough that I didn’t watch the third one. I get it. Based on a books so stories won’t be completed. But they chose to end it after giving a lot of new information and changing things up, which should only be a tactic for weekly TV shows, not movies. It is already enough bullshit that the third movie is being split into two again because “there is so much story to tell!” (re: money to make). And now I am getting what feels like childish cliffhangers instead of a full story for a movie.

In addition to that issue, I will note the games themselves felt way easier this time than last time, which is kind of annoying. I am being advertised that this is the best of the best, all born killers, but she has a pretty easy time during these games compared to the last. Not only is it easier, but she has fewer moral choices to make too. A bit disappointing.

Catching Fire is definitely a step up from the first film though, and overall, pretty decent of a movie..