The Hangover, critically, was one of the higher rated comedies by critics for a long time. So much that people would continue to compare all new comedies to it and think the other comedies are “lame” if they are too similar. I even heard someone say that Horrible Bosses was too similar to it, just because it had three male leads. What?

So does that mean people will hate The Hangover Part II, if it is too similar to the Hangover, despite the fact that as a sequel it should be similar? 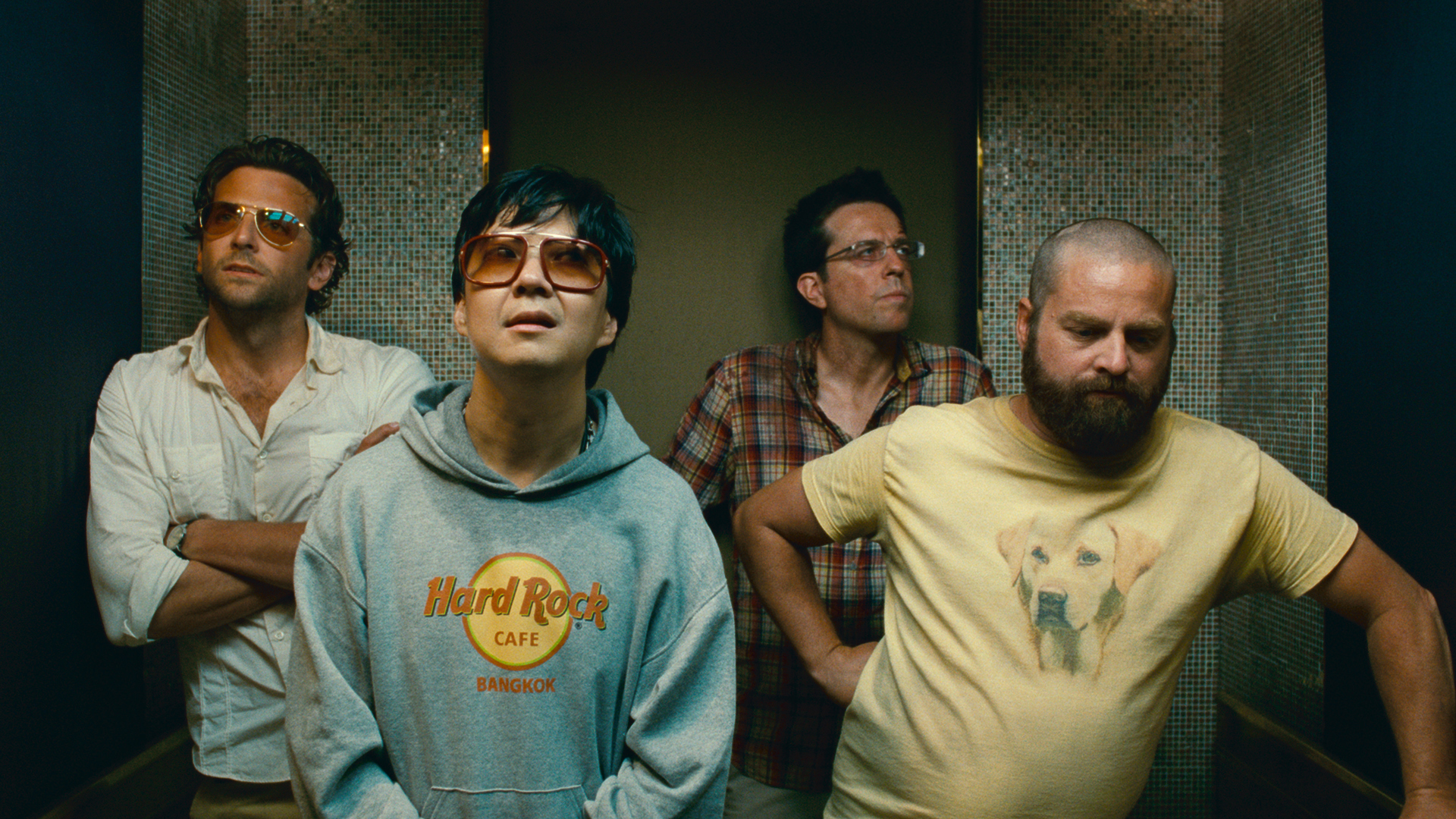 In the Hangover, four guys go to celebrate in Las Vegas for a bachelors party, and wake up the next morning, can’t remember anything (damn secret druggings!), and have lost the groom. Two days before the wedding. They have to use clues to try and figure out what they did the night before, to hopefully find their friend, and deal with all the other problems they caused.

In the Hangover part II, five guys are in Thailand to meet the brides family, accidentally end up celebrating all night (damn secret druggings!), wake up the next morning, one guy is back at the hotel, the brother of the bride is lost. They have to use clues to try and figure out what they did the night before, to hopefully find their friend, and deal with all the other problems they caused.

Bradley Cooper, Ed Helms, and Zach Galifanakis return in their post hangover and confused state, and also features a return cameo of Ken Jeong (obviously!). Also, this introduces Mason Lee, as Teddy, the brother of the bride.

I definitely think a second “hangover” movie should have a similar plot to the first. I don’t want the same cast in the same roles doing a different type of adventure. That wouldn’t be “Hangover” based! People wouldn’t complain that Nightmare On Elm Street 2 has the same-ish plot as the first one. So it should be able to fit those standards. But what is it as funny as the first one?

Although I did find it amusing, it was definitely not as good as the first. It had more penises, that is for sure, but what else would you expect with transsexuals? It also introduced a monkey, which takes the place of a baby I guess. I did like that Ed Helms took more of a lead from Bradley Cooper, especially by the end, even though his world was crashing down all around him (being the groom this time). I think the beginning was believable enough for his character too, avoiding a bachelor party (bachelor brunch!) so nothing bad happens. But Thailand is too crazy for them.

As another random note, I was mad to not see Liam Neeson in the movie. After all, Mel Gibson was booted from a cameo role due to his controversies, Liam brought in. But because of re shooting, they had to redo that role again as a different guy for the tattoo artist.

So yeah. Its an okay movie on its own. I don’t think you really need the first, but the first helps. It definitely wasn’t as good, too much of the plot focused on getting the codes to get Teddy, I thought. Took away from more potential laughs that they could have had in Thailand.