Here it comes! Studio Ghibli has crossed a line many animation companies have already crossed. They have made a CGI movie. Will they fully cross over and become completely CGI? They were probably the last major holdout that was doing a more traditional look for all of their animated releases.

And I already hate it. I will admit, looking at the stills/trailer for Earwig and the Witch, I didn’t have high hopes for the film. It doesn’t look  great at all. The animation levels look like a small independent company doing their first film ever, that happens to be CGI. Not a pretty successful animation company trying CGI. They have money, they can make it look better.

But alas, I have been iffy on Studio Ghibli movies lately anyways. I have been having a hard time getting into their whimsy and mystery. Maybe this one will fix it? 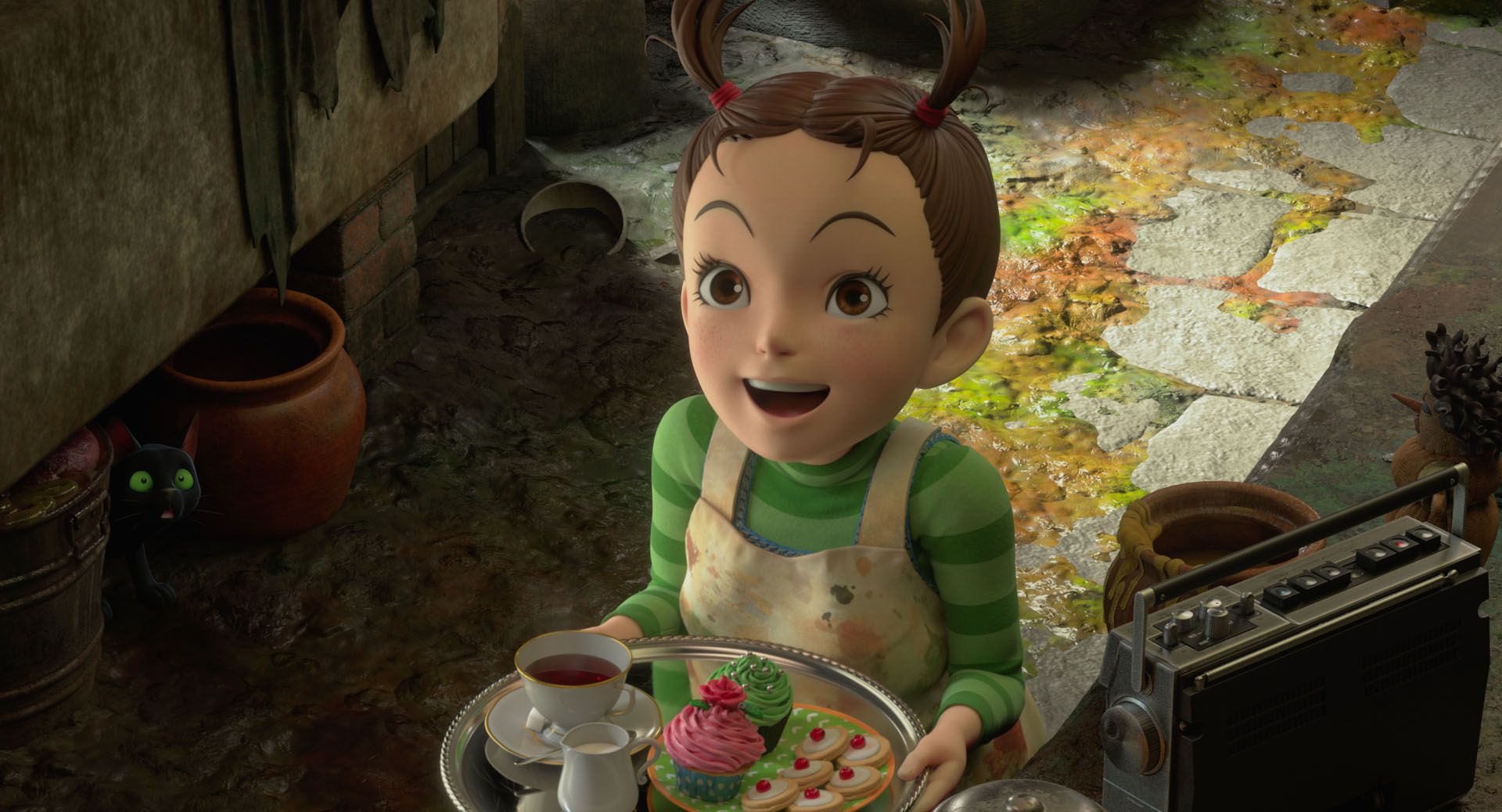 Spoilers: It wont.
Earwig (Taylor Henderson) was left on the porch of an orphanage as a baby, from a mysterious woman. They didn’t like that her name was Earwig, and apparently from a witch, so they figured they would hide that latter fact and also call her Erica Wig.

Ten years later, she is a bit of a terror in the orphanage. She does what she wants, she whines and complains, and she knows she wont be adopted ever, so she is biding her time. That is until a scary lady, Bella Yaga (Vanessa Marshall) and a tall scary guy, The Mandrake (Richard E. Grant) waltz in and totally pick her. But why?

Well, Bella Yaga is a witch, she could sense the witchy-ness in Earwig, and she needed an extra set of hands for potion making. Earwig thinks she will learn how to do magic and will totally help out! Turns out that Bella has absolutely no intention of making it pleasant for Earwig, or teaching her magic. Just someone to gather ingredients.

Ah, this new situation sucks. Who would have known that you can just adopt a kid to get a house worker?

Also featuring the voices of Kacey Musgraves, Logan Hannan, and Dan Stevens as a cat. 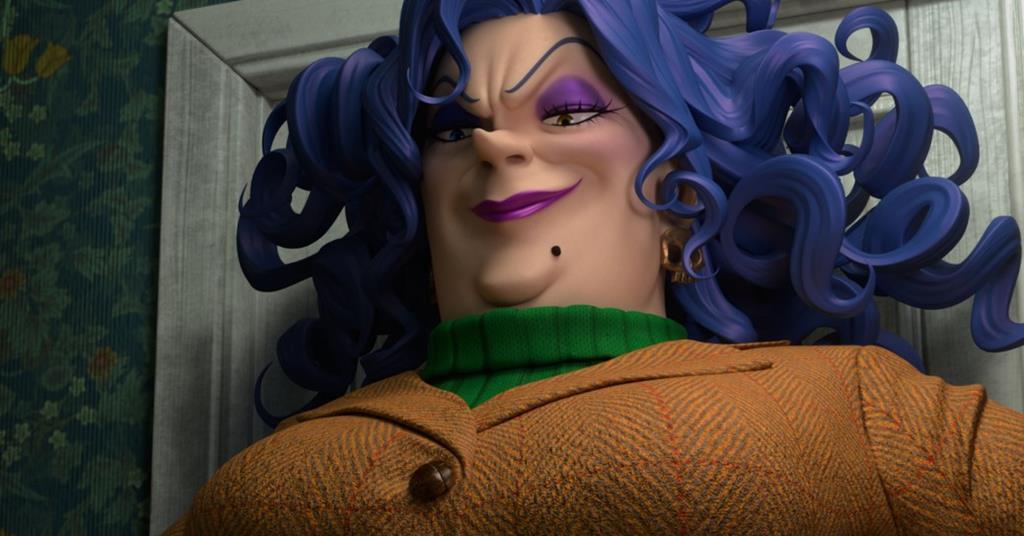 “Damn, that’s a huge witch.”
There are quite a few problems with Earwig and the Witch. And honestly, the CGI is probably the least of its concerns. The CGI is still not great and notably average or below average throughout the movie, but it is not the biggest cause of concern.

Band plot – Worthless. Check out this poster graphic for the film. It is the most common form of advertisement I saw. It definitely does not represent this film. There is a brief band plot, involving history, the witch, mandrake, and Earwig’s mom. And it goes absolutely no where. It certainly doesn’t end up with them all being a band together with Earwig the lead vocals. This poster makes it look like a musical or band movie or anything, and it certainly is not. It teases some of these elements, and never does anything useful with them.

Earwig – She has no growth in this film. She is put into a trial to overcome and succeeds. The problem is, she started as a do whatever she wants child, and the movie ends the same, although definitely worse. No lessons learned. It is a terrible message. When she kept repeatedly calling the cat by her old friend’s name, I assumed it was some twist about the old friend being the cat. But no, they are two different entities. She is just a shitty kid who doesn’t care about the names of who she is talking to. They made a kids movie about a shitty kid.

The ending – By far, this is likely going to be the worst ending of a movie I have seen all year. I can easily imagine this movie making my worst list, and it is far too early to know where it land. But holy shit, this ending is such a waste.

SPOILERS ON THE ENDING. SPOILERS ON THE ENDING. Okay, here it is…It just ends! After some changes with magic occur, we get some weird time jumps, and it feels like the last hour of movie should have taken like 20-30 minutes max. It feels like the movie is about to start and do the main plot. And then with the a door opening and a mom arising, the movie is like, lololol credits. It makes absolutely no sense to have an ending there. It is like we got a prologue of an eventual story, but one I will never seek out, because of being dicked around in this film.

I hope this movie continues to get blasted, because it is truly really bad. And I hope Studio Ghibli doesn’t look at this and blame it on the CGI. Because sure, it is bad, and if it helps not make more like this, then that is swell. But fix the goddamn narrative structure, because this movie is absolutely a waste of anyone’s time who decides to watch it.