A long time ago, in the before time, the summer of 2015, I saw a poster for The Gift. I was a bit intrigued, not because of the box, or the title, or the cast.

I was intrigued because it was written and directed by Joel Edgerton, who is totally an actor, and hasn’t written nor directed anything before this. Well, I take some of that back. He has directed some shorts I haven’t seen, and written some shorts I haven’t seen. Oh, and he helped write the story for The Rover with the actual director. I guess that is something. Needless to say, he isn’t just jumping in cold because he can do it as a famous Hollywood actor. He has some minor experience and this is his first attempt to show he can do things on his own.

And no matter what bad career decisions Edgerton makes, I will still like him as an actor for the feelings he made me feel with Warrior. 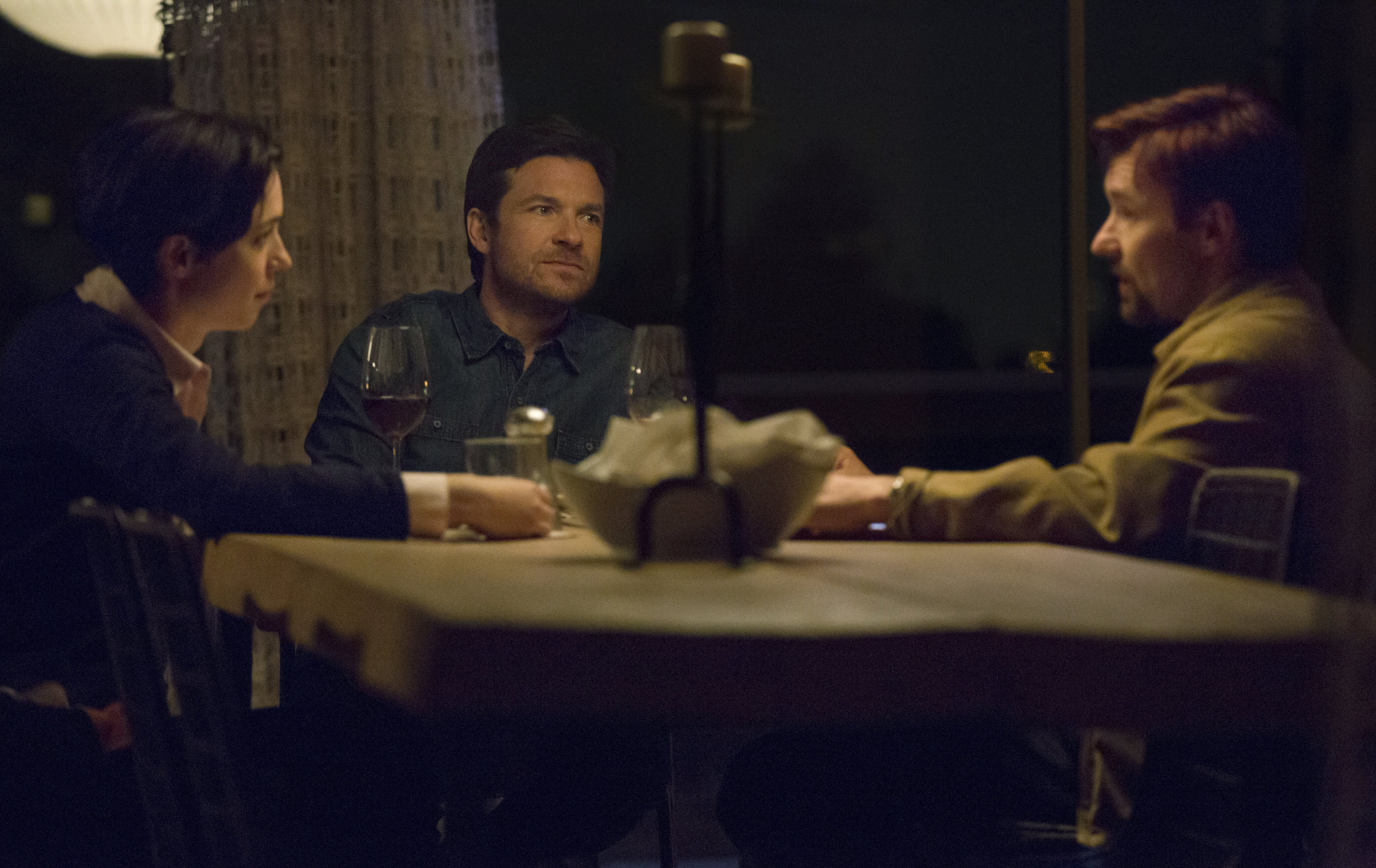 And for those excellent nachos he brought over for dinner one time.

Simon (Jason Bateman) and Robyn (Rebecca Hall) have just moved to one of the many suburbs around LA and are loving life and each other! They had a misscarriage. That sucks. But Simon has a sweet high paying job, Robyn doesn’t have to work, their house is basically a mansion, and oh hey look, there is Gordo (Edgerton).

Gordo apparently went to school with Simon, although Simon doesn’t really remember him. But Gordo says he really looked up to Simon. Simon was the bee’s knees and the cat’s pajamas. So as a welcome gift, Gordo gives them things. Some gifts, if you will. Robyn likes it, but Simon finds it weird, and doesn’t even like it when they have him over for dinner. Turns out Simon did remember Gordo, and they used to call him Gordo the Weirdo. Nicknames are hard, okay.

Either way, they find out that Gordo’s house is super big but he is alone as well. He has rooms with women’s clothes and kid stuff. Apparently he is going through a divorce and it is a tough time for him. Despite all this, Simon decides to call it off. He wants Gordo out of their life, it is too awkward everything that is happening and shit needs to stop.

Well, after this, they find out that he totally lied about that house. It wasn’t his. And their dog is missing. And Simon AND Gordo are lying about their past together. Anyways, all of this gets Robyn pretty discombobulated and their picture perfect life is going to start falling apart real quick. 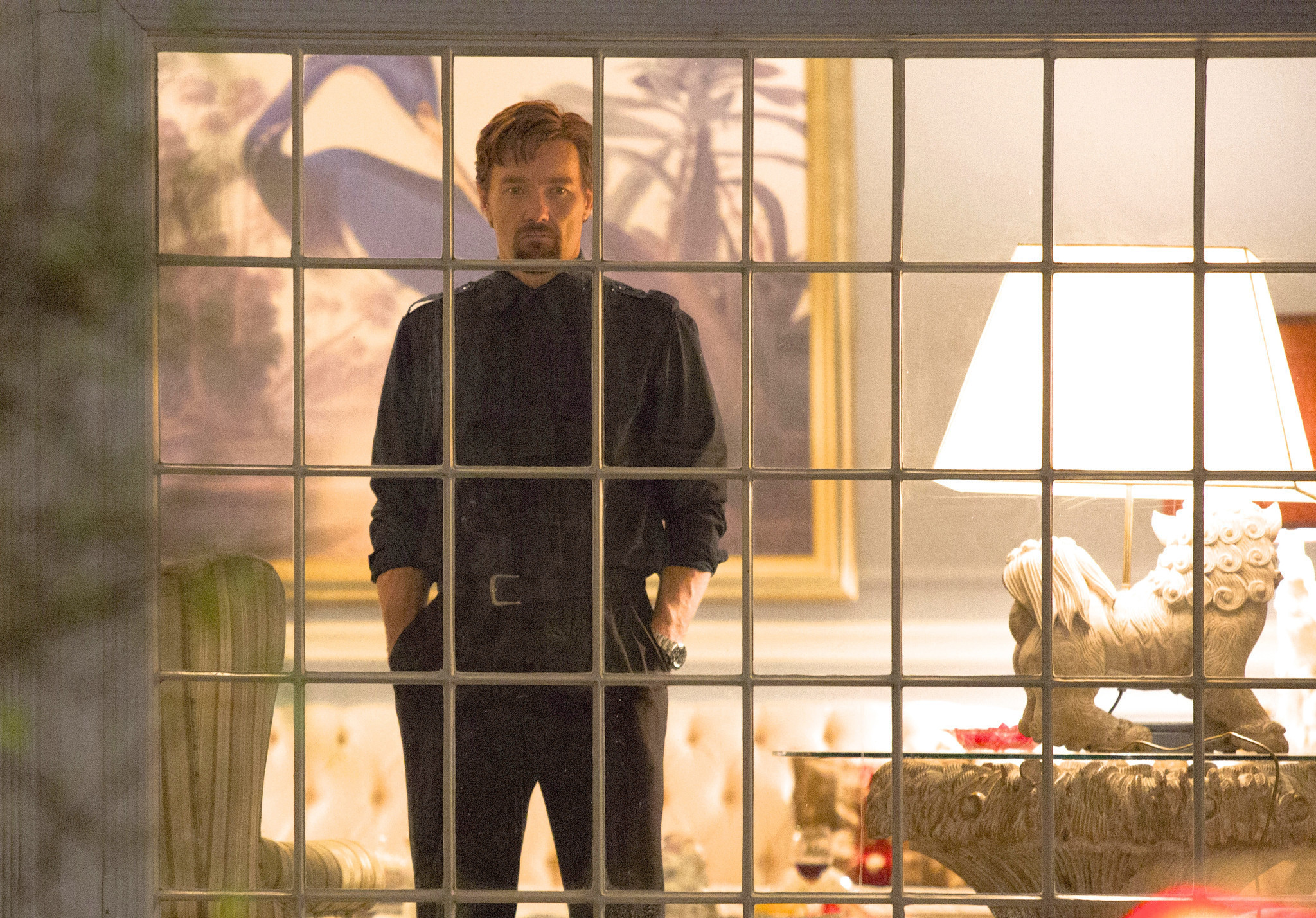 The reason we invented big open windows is so we could do creepy things, right?

The Gift is a movie that needs to be unwrapped slowly. If you unwrap it too fast, it will all fall apart, so it requires a slow unwrapping to allow everything to fall into place. Of course, you the viewer don’t get to decide watch speed, so you have to accept the slower nature of the film. I was a bit surprised with how much happened early on. I only tagged 3 people because everything else was pretty damn unnecessary. Unfortunately, after the first act of fast moving plot line, the 2nd act goes pretty slow, while the third is mostly slow until finally the end.

The Gift is a drama based around a mystery. What happened between Gordo and Simon? What is Gordo trying to do now? Does he have a plan or is he just doing whatever weird shit pops up in his mind? Once we get the final reveal, it is a bit sickening and terrible at the same time. I can appreciate the results, but when I look back on the how, I get pretty annoyed. It is one of those perfect Rube Goldberg machines going on, but instead of random shit on your floor, dealing with people’s emotions and expected actions. It requires the level of brilliance of a person that is really hard to accept.

So an okay drama in the end. Clearly Edgerton had the idea for the twists he wanted to do and based a movie around that. Nothing wrong with that approach. It just really drags in the second act, with only a few scenes worth it after the fact.