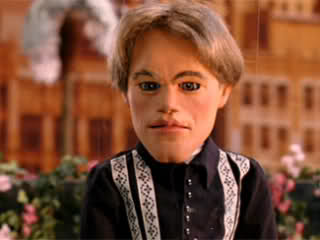 Anyways, Hereafter is a story about three different people who have experienced death ad how their lives become intertwined at the end. Directed by Clint Eastwood. This movie is NOT about Matt Damon and his dealings with others, despite what any preview or poster would make you believe. One story involves a young pair of twins in London, more or less raising their drunk mum. And of course one of them dies unexpectedly.

In France, we have a news reporter who while on vacationing technically dies during a tsunami but is CPR’d to full. Damon has the power of douchery, and can apparently speak with those who have passed on. We are told it is real in the movie, but even he feels like a douche when he does it. Penn and Teller would not approve of him using these powers to help the grievers.

The movie does go into the fake communicators of the dead, and how douchie they are. Unfortunately it also has Matt Damon being real. I don’t like that. The Damon story line was the best, but the other two were pretty uninteresting. The kids is better than the french womans, because she is French and thus speaks French. The movie would have made more money, guaranteed, if the woman was just an English speaking reporter. No reason to add subtitles to a movie unless it actually adds something. Just make everyone American, Clint Eastwood. Damn it!

The movie tries to be super realistic, minus the speak with the dead part. But it was a big disappointment.