It has taken me a long time to watch The Expendables, mostly because it and Eat, Pray, Love came out on the same day as Scott Pilgrim vs The World in theaters. Both of which did better in the box office, despite my fanboyism declaring that SP was clearly the best movie. So, in order to make up for it, I had to do the SP review before at least one of those movies. Hooray! 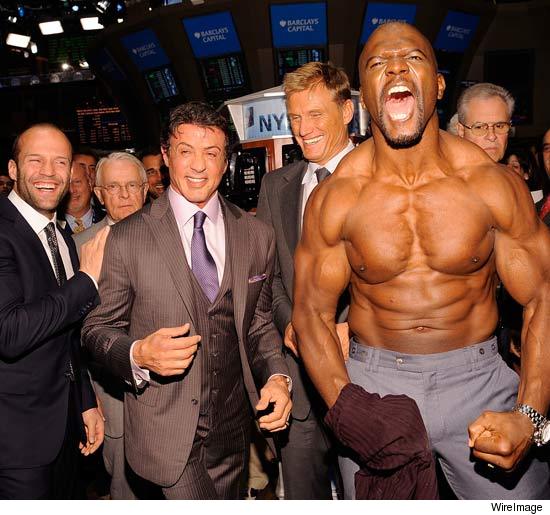 Well, I know ONE cast member who is excited.

The Expendables are a mercenary group for higher, and has quite a few of the names mentioned in them. Lead by Sylvester Stallone, and Jason Statham, it also features Jet Li, Terry Crews, Dolph Lundgren, and Randy Couture. Each having their own specializations of course, because that’s how elite teams works.

They are sent to (somewhere in South America), to take down a dictator played by David Zayas. Eventually Mickey Rourke joins their team as well. Steve Austin is a hired muscle bad guy too! But where do Bruce Willis and Arnold Schwarzenegger come in?

Arnold is the leader of a rival group, who already has a mission lined up, so he lets the Expendables take this one. Willis is the man hiring them. So there is one scene with those two and Stallone, and that is all you will get of those two. So, if that is your draw? Well, ignore the movie.

So yeah. Plot is basically that. Lot of action, lot of killing, and the heroes win out at the end of the day. I think what makes a better story is who didn’t make the film!

John-Claude Van Damme was supposed to play a major role, but didn’t want to. But he regrets it now and will be in the sequel. Terry Crews role went through 3 people before him (Wesley Snipes, Forest Whitaker, and 50 Cent). And the role that Willis landed was first given to Arnold, and then offered to Kurt Russell, but I guess he was too cool to do one scene in a movie.

Really, all that does is make me wish original people got their roles. There’d be more bigger famous names, less new guys (who the hell is Randy Couture??). 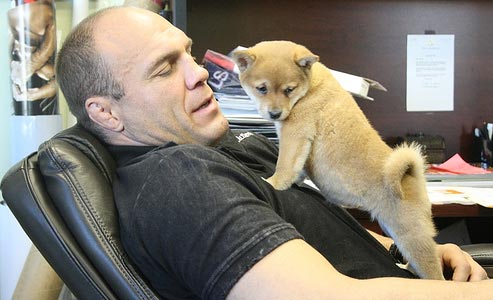 Some guy who loves puppies?

In terms of plot, its is pretty weak. In terms of tons of action, and throw backs to the “classics” in the 80s and 90s, it does well. This is one of those films where you will know if you will enjoy it before going to see it. Really not much else to say about that.