Earlier this summer, if you have friends in the 20’s, you probably know of someone who was talking about The Big Sick. They would have recommended that you see it RIGHT AWAY in theaters, because hey, it is an indie movie and they need to make their money back to produce more good films!

I know I was hounded, but that is because people know I watch movies and made sure I went out and saw this one.

And then I decided to wait a few months before dropping this review, just to see how many more times would people tell me to watch and review The Big Sick. The total count was 7, quite a large number, larger than any other film that has ever been requested. You know, because most of the times I just go and review the movie and not wait on it.

I just think it is interesting that basically everyone who saw it, made sure other people would go and see it too. It is like it was a guerrilla marketing ad campaign or something. 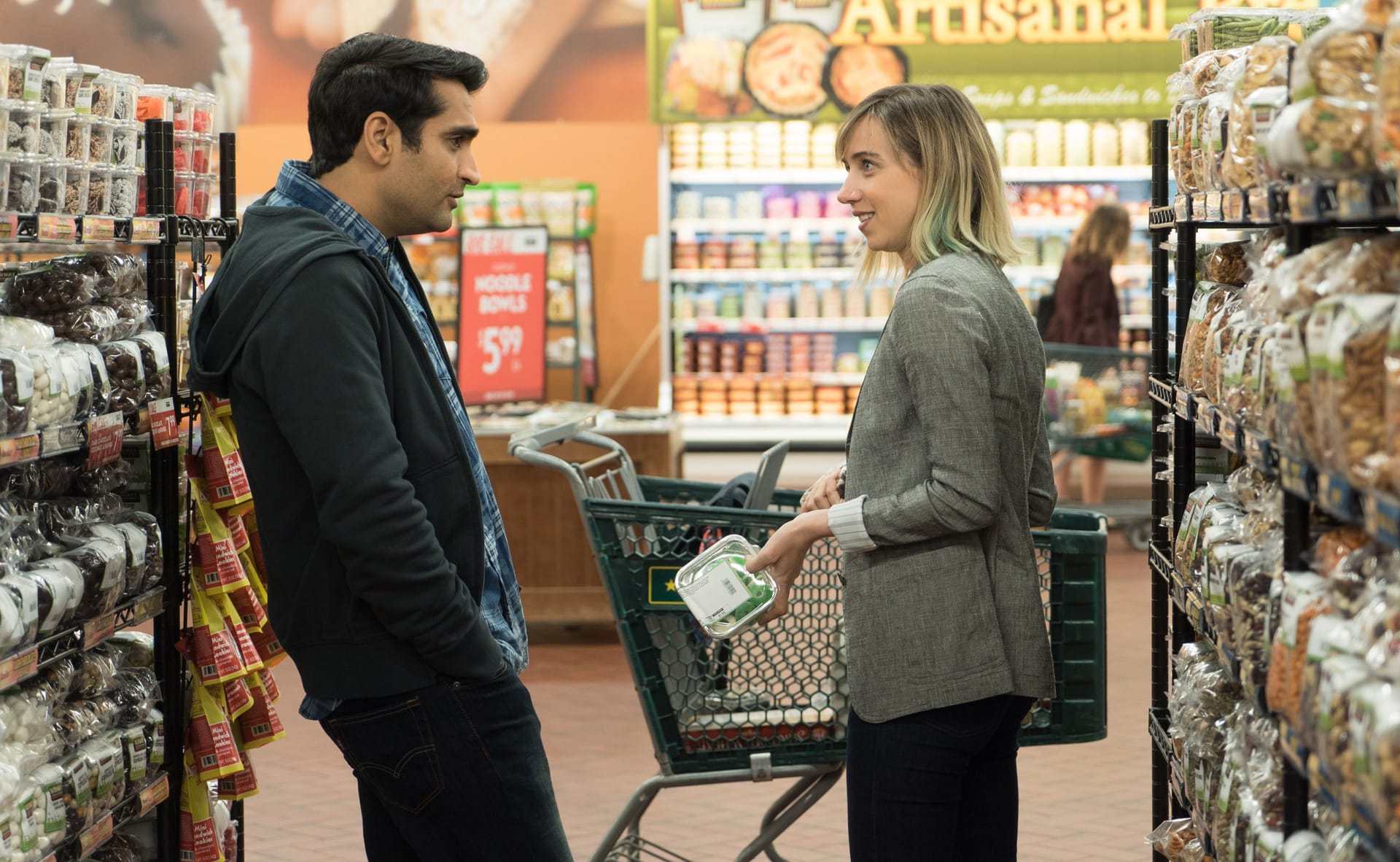 “Oh you are buying pasta? Will you eat it after you go see The Big Sick?”

Kumail (Kumail Nanjiani, yes playing himself), is a stand up comic living in the Windy City and generally he is poor and happy. His best friends are all stand up comics (Bo Burnham, Aidy Bryant), and he lives with another one (Kurt Braunohler), but he isn’t as funny. Kumail is also an Uber driver! Good times for mad cash.

At some point after a show, he meets Emily (Zoe Kazan) in the bar. He tries to flirt with her, it goes okay, and they have a one night fling. But it is nothing serious. Won’t continue. Until it does! It keeps happening, despite her busy graduate school schedule, they just cannot stop doing the sexy and the dating.

Kumail has commitment issues though. You see, his parents (Anupam Kher, Zenobia Shroff) are traditional, and want to set him up with a traditional Pakistani arranged marriage. He doesn’t want it, but he plays along, because he loves his family, and if he dates a white woman he will be ostracized. So he is afraid of getting too close to Emily. So he doesn’t want to even meet her parents (Ray Romano, Holly Hunter) when they are in town!

This leads to issues. This leads to fights! But most importantly is the title of this movie. The Big Sick. Because throughout all of this, Emily gets sick. Really sick. A sickness that no one understands and is life threatening. The type of thing that can really bring people closer together. Well, not the sick person, but everyone around the sick person. 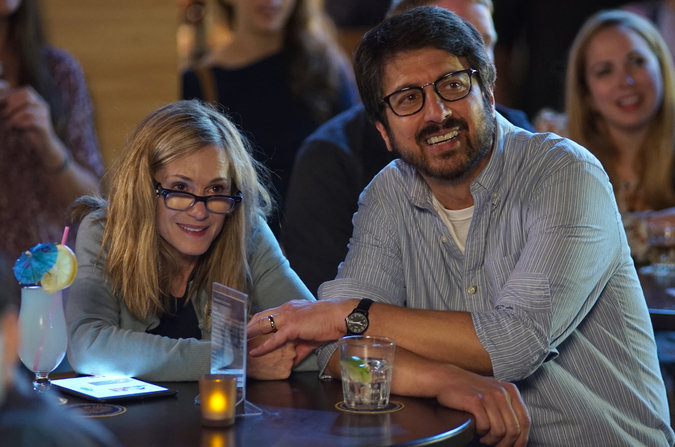 If I had to have celebrities play my parents, this would be an ideal pairing.

This is a very personal story for Nanjiani, which shows. He clearly has passion in this movie and he wants people to know about the struggles that his wife went through and what began their relationship. After all, the best comedians drawn upon their own lives to help relate their work to other people, building a connection and having a good old laugh about it all. Even though it can be scary, even though it can be intense.

Romano and Hunter were FANTASTIC as the parents of Emily. They, too, felt wonderfully real and open about everything. I imagined them as a real couple quite easily, wearing the fear of concern on their face, while dealing with the awkward situation of a pseudo-boyfriend. It was great acting from those three.

What I really didn’t connect with at all was Kazan as Emily. After the fact, I realized that I recognized Kazan from other films (like the wonderful Ruby Sparks!) but forgot about them all in this movie. I just naturally assumed that maybe she wasn’t an actress and was also playing herself, as the love interest of Nanjiani. That makes sense. If he casts himself, he would cast the other main character of the story.

But it wasn’t. And the only reason I assumed this is because I did not think she did a great job in the first half of the film at all. It seemed like someone uncomfortable with acting. It is hard to explain, but she just didn’t work for me at all.

The movie is charming, it feels realistic, and it is overall wonderful. But at times it really did just feel like a regular RomCom and not something that elevated the genre. It was definitely a good entry in the genre, just not one I loved a lot. Although the 9/11 joke had me rolling, which is why I was sad to see it as part of the main advertising after the fact.